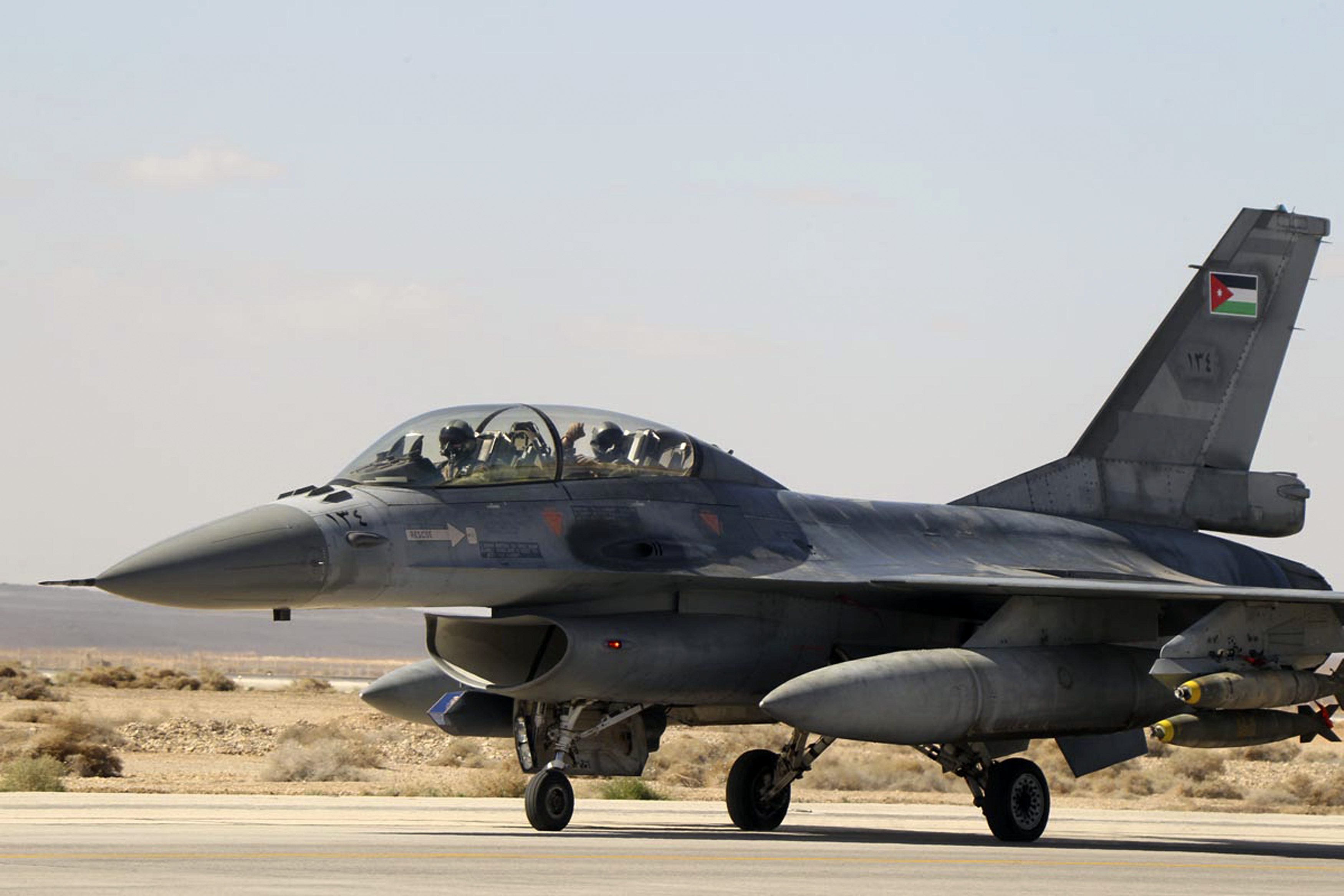 AMMAN, Jordan -- Dozens of Jordanian fighter jets bombed Islamic State of Iraq and Syria (ISIS) targets on Thursday, including training centers and weapons storage sites, the military said, pledging to keep up the attacks until the militants are defeated.

Jordan has said it would respond harshly to the killing of a captive Jordanian fighter pilot by the militants. Video released earlier this week showed the pilot being burned to death in a cage, setting off a wave of anger in Jordan and the region.

State TV showed footage of Thursday's strikes, including one that set off a large ball of fire after impact. It showed pilots scribbling messages in chalk on the missiles.

"For you, the enemies of Islam," read one message.

The military said all targets were destroyed. The announcement did not say whether the strikes where carried out against ISIS positions in Syria or Iraq. The ISIS militants control about one-third of each country.

Jordan joined the U.S.-led military alliance against ISIS group in September, but up to now is believed to have only bombed sites in Syria.

The statement, read on state TV, was entitled, "This is the beginning and you will get to know the Jordanians" - an apparent warning to ISIS. It said the strikes will continue "until we eliminate them."

Jordan's King Abdullah II was paying a condolence visit to the family of the pilot, Lt. Muath al-Kaseasbeh, in southern Jordan when the fighter jets roared overhead.

The king pointed upward, toward the planes, as he sat next to the pilot's father, Safi al-Kaseasbeh.

Al-Kaseasbeh told the assembled mourners that the planes had returned from strikes over Raqqa, the de facto capital of the militants' self-declared caliphate. His son had been captured near Raqqa when his F-16 fighter plane went down in December.

Jordanian officials have not presented details of their response, but said they would be working closely with their allies in the anti-ISIS coalition. CBS News' Charlie D'Agata reports that officials in Jordan are reportedly mulling ground troops to help combat ISIS, but it is believed any ground engagement would likely be limited to a small special forces deployment.

Earlier this week, ISIS displayed the video of the killing of the pilot on outdoor screens in Raqqa, to chants of "God is Great" from some in the audience, according to another video posted by the militants.

Also Thursday, Jordan released an influential jihadi cleric, Abu Mohammed al-Maqdesi, who was detained in October after speaking out against Jordan's participation in the anti-IS coalition, according to his lawyer, Moussa al-Abdallat.

Jordan's Islamic militants are split between supporters of ISIS and Jabhat al-Nusra, the branch of al Qaeda in Syria.

Last year, al-Maqdesi had criticized ISIS militants for attacking fellow Muslims. However, after Jordan joined the military coalition, he called on his website for Muslim unity against a "crusader war," a reference to coalition airstrikes.