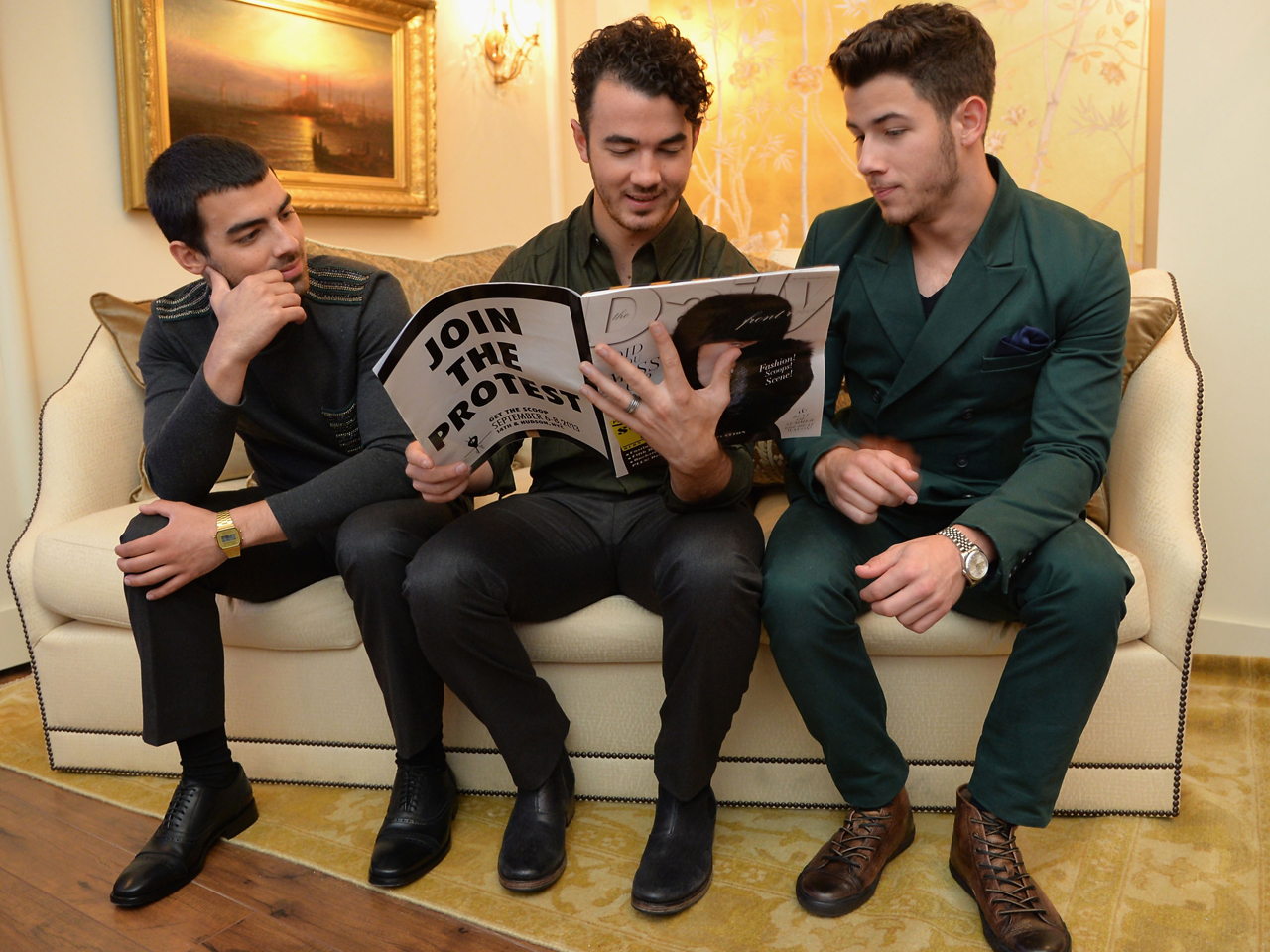 It's official: The Jonas Brothers have sung their last song. At least for now.

After weeks of speculation, the trio has confirmed that it is no longer, with all three brothers talking with People about the split.

"It's over for now," Kevin said. "It's really hard to say 'forever,'" added Nick. "We're closing a chapter, for sure." Joe said it "was a unanimous decision."

The guys said they came to the decision after an Oct. 3 meeting during which they expressed concerns over the future of the band.

Their comments' come after the group decided to scrap its fall touron Oct. 9, two days before it was slated to begin, citing "a deep rift within the band" and a "disagreement over their music direction." A week later, the Jonas Brothers' Twitter account disappeared. Nick and Joe later spoke up on Twitter, asking fans to "bear with us."

The Jonas Brothers formed in 2005 and released a debut album the following year. The band's most recent studio set, "Lines, Vines and Trying Times," came out in 2009 and there was talk of releasing a follow-up this year.

Perhaps those "trying times" got the best of them.