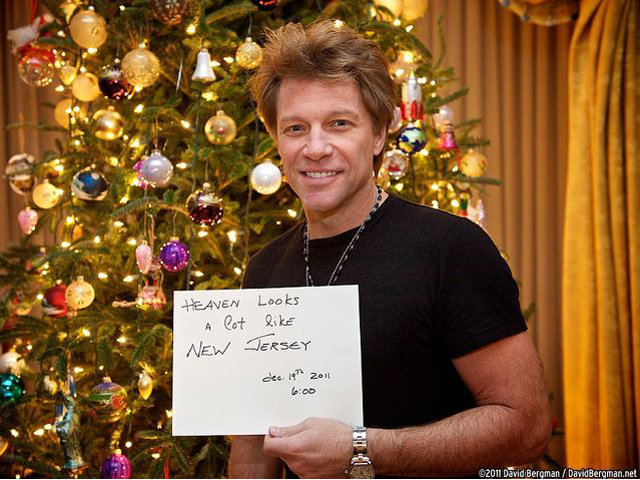 (CBS) The Internet has been abuzz about Jon Bon Jovi's alleged death, but fans of the Jersey-born singer can rest assured the rocker is very much alive and laughing.

Bon Jovi poked fun at the rumors by posting a picture to his Facebook page holding a piece of paper that read, "Heaven looks a lot like New Jersey, Dec. 19th 2011, 6:00."

A fake story circulating on Twitter reported that the rocker had suffered a fatal heart attack.

On Monday night, he played at the Hope Concert at the Count Basie Theatre in Red Bank, N.J., and appeared to be fit and healthy, singing classic hits including "Born to Follow," "Wanted Dead or Alive" and "Who Says You Can't Go Home," according to NJ.com.

During his performance he also reportedly referred to the hoax several times and even talked about taking phone calls from concerned friends, the site reports.

Bon Jovi is not the first celebrity to be a victim of a death hoax; others have included Justin Bieber, Bill Cosby, Mick Jagger and Will Smith.