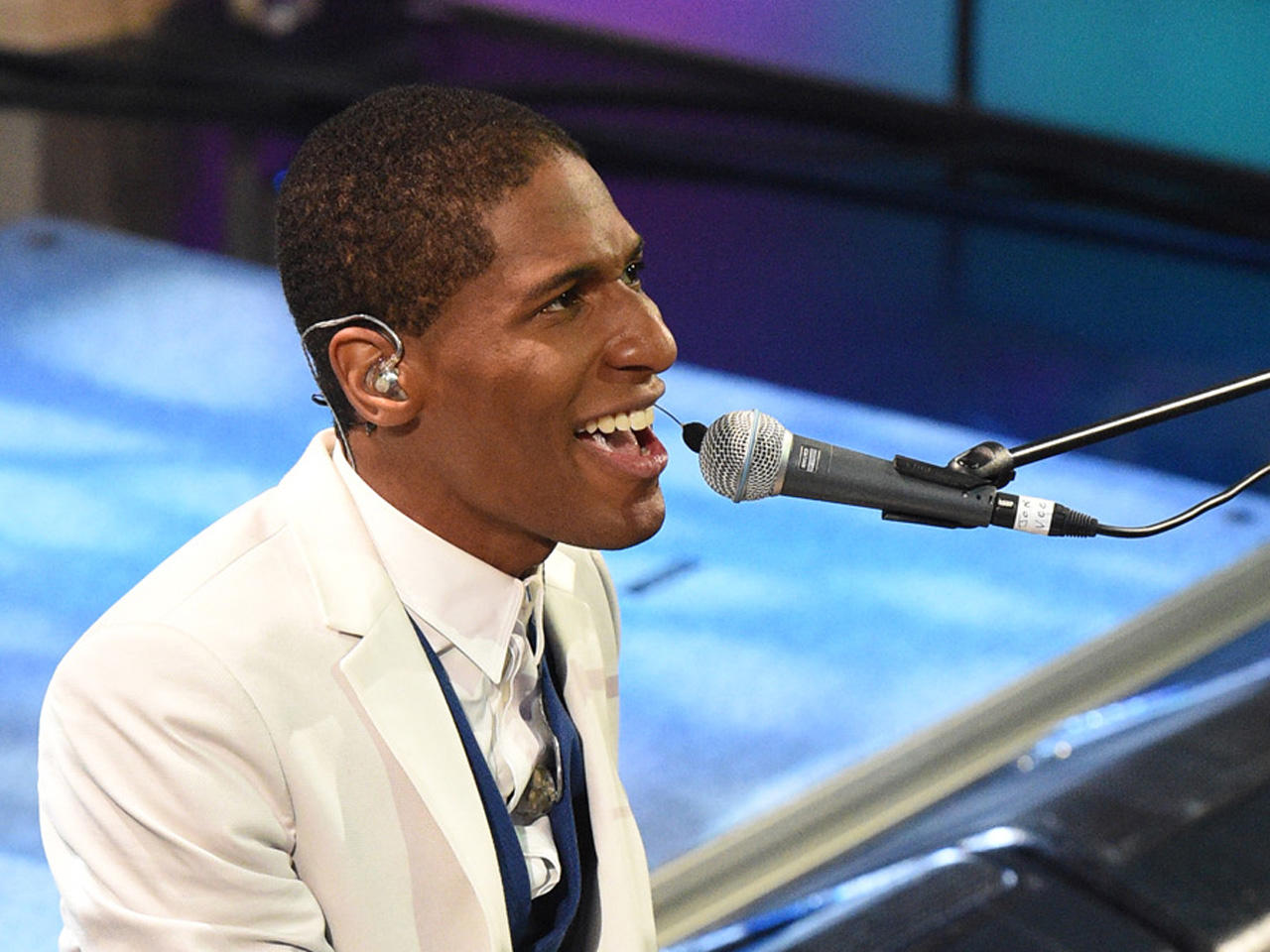 From his performances on “The Late Show with Steven Colbert” to his work outside the studio, Jon Batiste brings a joyful noise wherever he goes. He shows Michelle Miller just how he does it:

Miller asked, “Do you just break out in song, in the middle of the street?”

“Yeah, you gotta do your thing,” Batiste replied.

“And people don’t look at you funny?”

It’s hard not to look when musician and composer Jon Batiste and his Stay Human band hit the streets for what he calls a love riot.  “A love riot is a street parade that can happen anywhere,” he said.

They’re his way of bringing a classic New Orleans street parade to the people of New York City.

“They may not have had the ability to see us at Carnegie Hall or something like that. So we bring the music to them.”

“I see what you’re doing for everyone else. What does that do for you?” Miller asked.

“I like bringing people together. I like making people who wouldn’t normally relate to one another, find something in common through live music experience and the genuine human exchange of that performance.”

And now he’s sharing his music with millions as the bandleader for “The Late Show with Steven Colbert.”

Miller asked Colbert, “Did you have this image of what you wanted in a bandleader? And did he fit it? Or has he completely blown it out of the water?”

“Well, I mean, in some ways he’s something new, and a throwback at the same time,” he replied. “There hasn’t been, like, a big jazz sound on one of these shows in a long time.”

You could say that music was 29-year-old Batiste’s first language, having been born into a legendary New Orleans clan of musicians.

“New Orleans has these musical families -- generations go by, and there’re talented musicians in every generation.  And my family is one of those.”

He started playing in his uncles’ Batiste Brothers Band at only 8 years old.

“My dad was my first musical mentor.  He’s a bassist and a vocalist.  And I would see him performing, and he would always give me lessons about the music, about the business.”

Batiste took that fatherly advice and went in search of bigger stages. In 2004 he came to New York. “I graduated high school early and moved at 17 to go to Juilliard,” he said. “I felt like it was cool to be in a place that allowed me to explore all of my creative sensibilities. By the time I got to my senior year in high school, I had been playing on the scene and I felt kind of, like, I wanted something else, more options.”

“I don’t know what people see in the band or what we do,” he said. “I think maybe the common thread is joy, and authenticity.”

All that joyful noise led to an appearance on Comedy Central’s “The Colbert Report,” which as Colbert himself tells it, is how he landed “The Late Show.”

“He sat down across from me, and he talked about improvisation. And he made a comment about how I like to have my questions all written out but he likes to improvise. So I threw away my questions and I pulled straight up to him, and I said, ‘How are ya’? How are you doin’?  Let’s have a conversation.’ And I had one of my best conversations I ever had with a guest.”

Batiste and Stay Human have settled into their late-night home, garnering rave reviews for their performances.

And what does the man in charge think?

“He’s incredible,” Colbert said. “The number of people who come over here and sit down and go, ‘I can’t believe how great that band is!’”

But while Jon Batiste is enjoying his time in the spotlight, he’s not at all worried about losing himself in the glare.

“So on this big stage, this big venue, this huge show, do you worry you might lose that voice? That authentic voice, in the realm of all this going on, and the fame, the fortune?” Miller asked.

The Lumineers” perform “Where We Are”