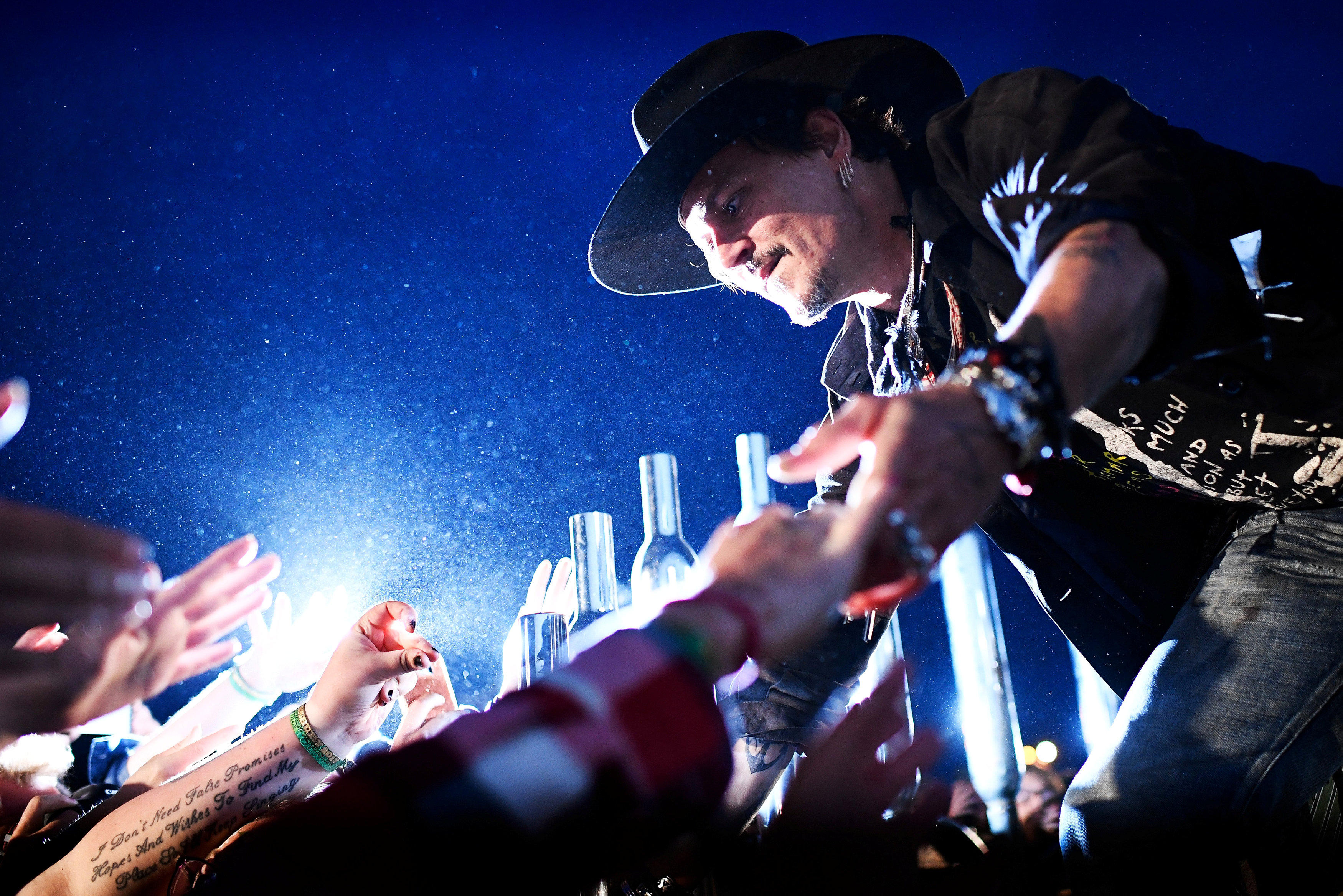 LOS ANGELES -- Johnny Depp is under fire over a comment he made, apparently in jest, about presidential assassination to the crowd at the annual Glastonbury Festival in Somerset, England, Thursday.

According the Reuters news service, Depp asked the crowd, "When was the last time an actor assassinated a president?"

At that point, Reuters says, the crowd cheered.

"I want to clarify," Depp continued, "I'm not an actor. I lie for a living. However, it's been a while. And maybe it's time."

Reuters points out that Depp appeared to be making a joke.

In a statement, the Secret Service said it is "aware of the comment in question. For security reasons, we cannot discuss specifically nor in general terms the means and methods of how we perform our protective responsibilities."

Friday, Depp issued a statement apologizing for his remark. "I apologize for the bad joke I attempted last night in poor taste about President Trump," he said. "It did not come out as intended, and I intended no malice. I was only trying to amuse, not to harm anyone."

Depp was at the Glastonbury Festival, which supports the performing arts, to introduce a screening of his 2004 film "The Libertine."

Last month, comedian Kathy Griffin drew outrage over a video depicting her holding a likeness of a bloodied, severed head of Mr. Trump. She has since apologized.