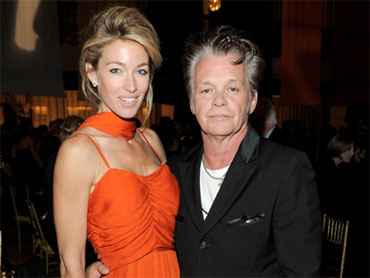 LOS ANGELES — John Mellencamp and his wife are calling it quits.

A spokesman for the 59-year-old rocker says he and his wife of 20 years, model Elaine Mellencamp (nee Irwin), are splitting up. The two met when she was hired to appear on the cover of Mellencamp's 1991 album "Whenever We Wanted."

Publicist Bob Merlis declined to say Thursday if the couple had filed for divorce.

Merlis says the Mellencamps "are proud of their 20 years together and are very happy with their accomplishments both as parents and as a family."

He says they will continue to raise their two children in Indiana.

Mellencamp's latest album, "No Better Than This," was released earlier this year.

"Dr. Phil" is coming to an end after 21 seasons
Thanks for reading CBS NEWS.
Create your free account or log in
for more features.
View CBS News In
CBS News App Open
Chrome Safari Continue
Be the first to know
Get browser notifications for breaking news, live events, and exclusive reporting.