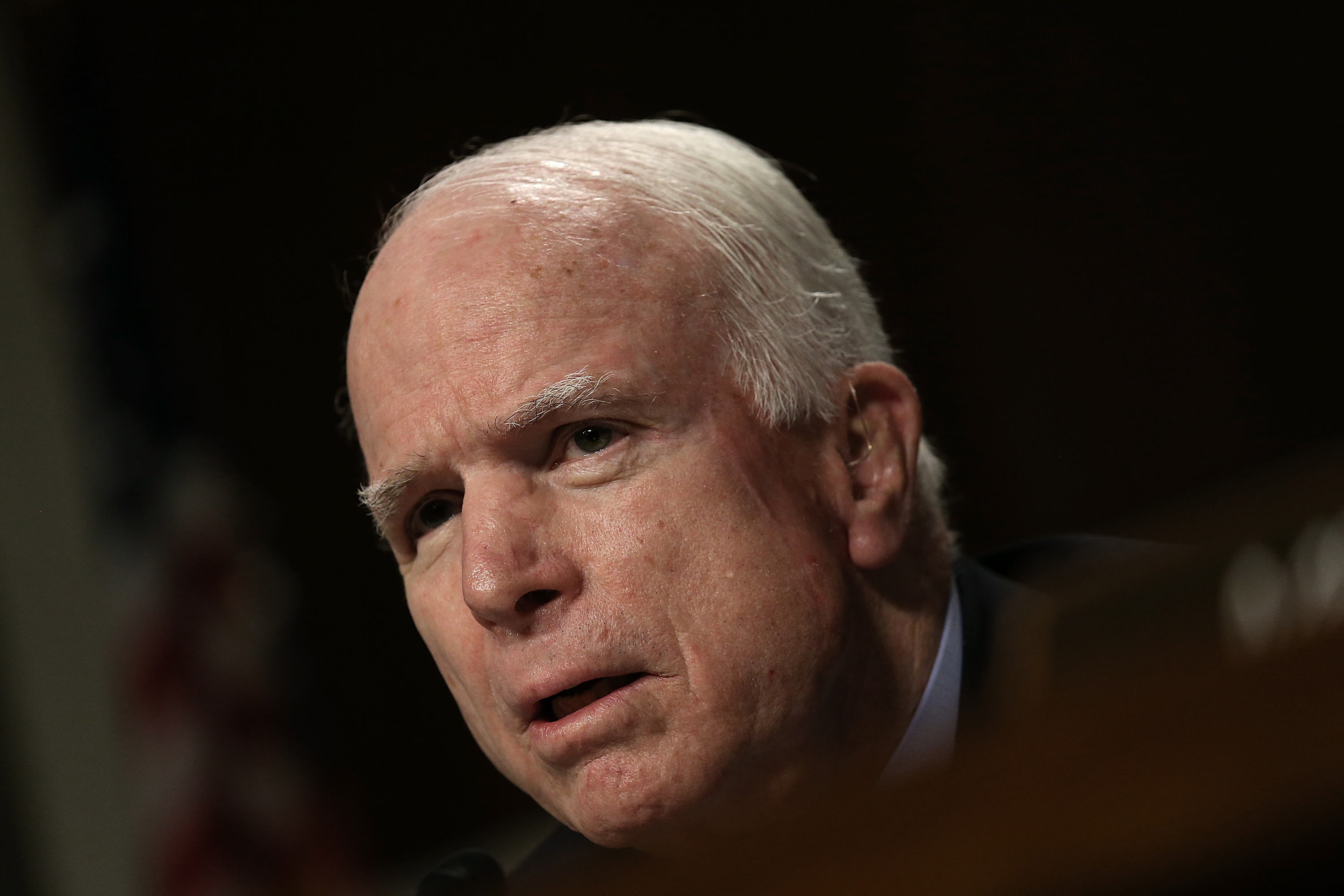 Arizona Senator John McCain's response to Donald Trump's remarks over the weekend that McCain was "a war hero 'cause he was captured" came Monday on MSNBC's "Morning Joe."

Asked whether Trump owed him an apology, McCain said, "I don't think so. I think he may owe an apology to the families of those who have sacrificed in conflict and those who have undergone the prison experience in serving their country."

McCain also said, "For me to look back in anger at anyone is nonproductive."

Trump's remarks about McCain at the Iowa Family Leadership Summit Saturday immediately drew the condemnation of several GOP candidates, many of whom had just finished criticizing him for calling Mexican immigrants "rapists" and criminals.

Trump and McCain have been trading insults over the last couple of weeks, with McCain saying the billionaire businessman had "fired up the crazies" when he held a rally in Phoenix earlier this month. Trump had told the crowd, "[I]n your own state you have John McCain. I just hate to see when people don't have common sense, don't have an understanding of what's going on. ... Some people don't get it and I don't think they'll be in office much longer."

"This performance with our friend out in Phoenix is very hurtful to me," McCain told The New Yorker.