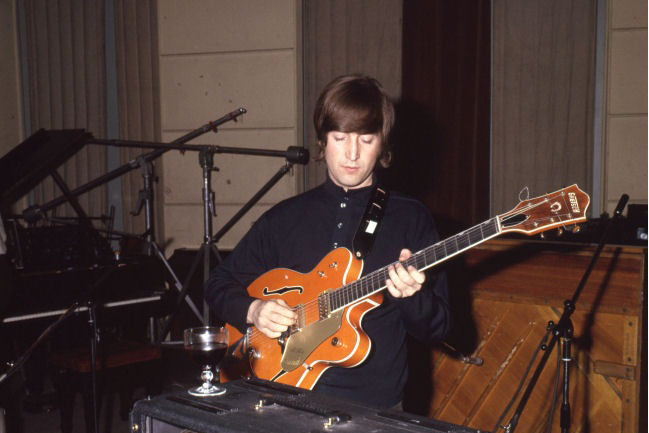 It belonged to John Lennon's cousin for 47 years, and now it can be yours.

A guitar used by the late Beatles star is up for auction this month. The Gretsch 6120 model was used to record "Paperback Writer" at London's famed Abbey Road studios in 1966.

The guitar was made in America in 1963, the brand being a favorite for musicians like Eric Clapton, Joe Walsh and Pete Townshend.

Tracksauction.com, where the auction is listed, calls the instrument, "one of the most significant of John's guitars to come onto the market in the last 30 years." The company says it was used "whilst the group were approaching the peak of their recording powers".

The guitar is especially rare because there's photographic proof of Lennon playing it. It's being sold with perfect legal title and has only had one owner besides Lennon himself.

The instrument comes complete with photographs of Lennon playing it with the rest of the band.