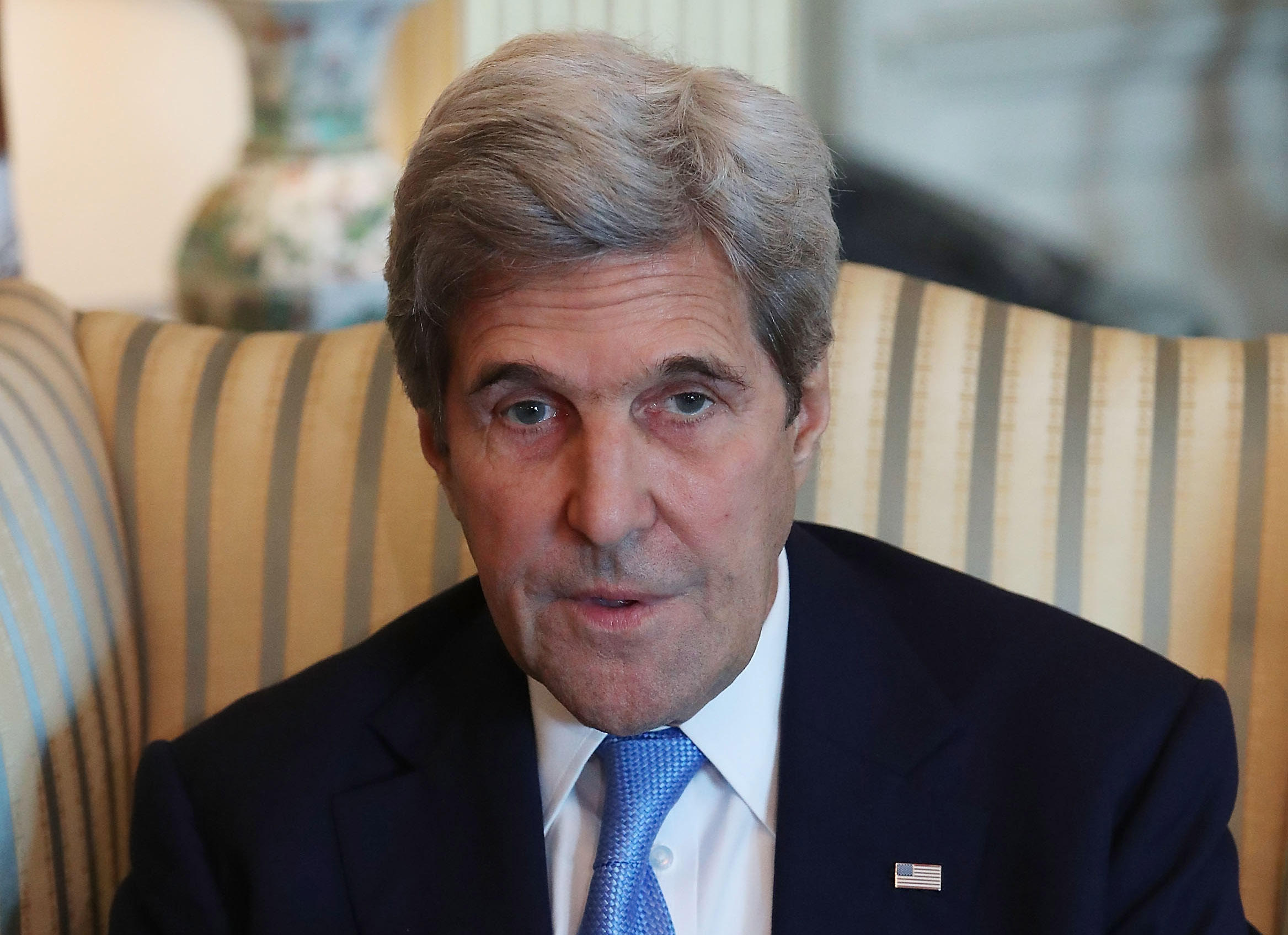 Secretary of State John Kerry said Friday that some possible foreign policy shifts by the Trump administration would be “explosive.”

In an interview with CBS News National Security Correspondent David Martin, Kerry was asked what would happen if the incoming administration moves the U.S. embassy in Israel from Tel Aviv to Jerusalem, as Donald Trump has said he would do “fairly quickly.”

“You’d have an explosion, an absolute explosion in the region, not just in the West Bank, and perhaps even in Israel itself, but throughout the region,” Kerry said. “If all of a sudden, Jerusalem is declared to be the location of our embassy, that has issues of sovereignty, issues of law that would deem to be affected by that move and by the United States acquiescing in that move and that would have profound impact on the readiness of Jordan and Egypt to be able to be supportive and engaged with Israel as they are today.”

This week, a trio of Republican senators introduced legislation that could ensure a move of the U.S. embassy in Israel from Tel Aviv to Jerusalem by withholding certain State Department funds for embassy construction and security.

Kerry also weighed in on the two-state solution and explained what would happen if the U.S. backed away from supporting that vision for Israel and the Palestinians.

“I think that would be extraordinarily dangerous for Israel, our friend,” Kerry said. “The simple reality is you cannot be unitary -- one state -- with more non-Jews than Jews and remain a democracy or a Jewish state. It’s impossible. You can’t do it.”

“Again, that would be absolutely explosive,” he said. “If there’s any core interest, red-line that exists with China and in China, this is as serious a one as any that I know of. You have to be very thoughtful about any other nation’s core interests.”

He explained that every president, Republicans and Democrats alike, have lived with the understanding of a One-China policy.

Meanwhile, if Mr. Trump decides to reverse U.S. sanctions against Russia, Kerry said it could have consequences.

“It would depend on whether there’s a quid pro quo or not. It depends whether there’s some agreement on what Russia would do and how verifiable that is and what the reach of those measures would be,” Kerry said. “If it were just done unilaterally, I think it would be a very unfortunate move because it would send all the wrong messages.”

Kerry acknowledged that the Obama administration has had some difficult disagreements with Russia, but he said they’ve made some progress such as negotiating the Iranian nuclear agreement and getting all chemical weapons out of Syria in the middle of its civil war.

“The bottom line is that the most disturbing thing of all is Russia’s interference in the American political system and our democracy with its cyber activities,” Kerry added.

Kerry said if the new administration “moves carefully and bilaterally” and “not unilaterally,” there could be a way “for a new path to be carved out.”

During the interview, he also confirmed reports that the Trump transition team has ordered all politically-appointed ambassadors to be out of their jobs by Inauguration day. He said while there’s a value to have “some continuity,” it’s not the Obama administration’s prerogative to interfere with that decision.