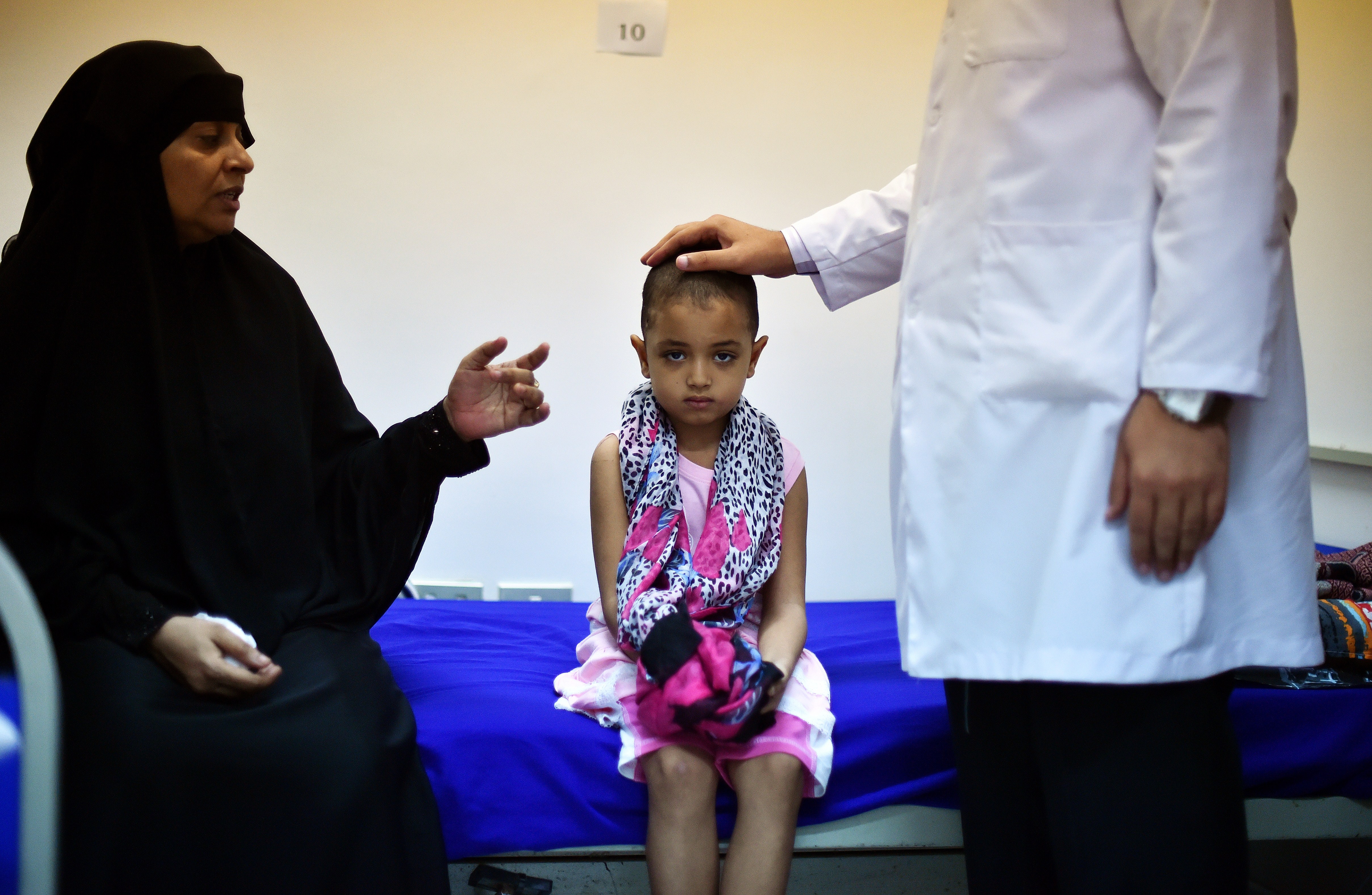 DJIBOUTI -- U.S. Secretary of State John Kerry said Wednesday he'll discuss with Saudi Arabian officials how to implement a "humanitarian pause" in Yemen's civil war, citing increased shortages of food, fuel and medicine that are adding to a crisis that has already caused thousands of people to flee to neighboring countries.

At a news conference in Djibouti, an African nation that has taken in several thousand refugees from Yemen, Kerry that it was important that conditions to the pause are adhered to so that no party uses the time period to seize territory or otherwise exploit the situation.

He said he was deeply concerned about the humanitarian situation in Yemen.

"The situation is getting more dire by the day," he said.

Kerry blamed for the continued violence, but he said he believed a break in the fighting could be arranged in the coming days. He seemed to suggest that he discussed the situation this week with Iran's foreign minister.

Kerry arrives later Wednesday in Riyadh. He credited the Saudis for efforts to increase access for aid agencies trying to reach civilians in Yemen. He also announced $68 million in new U.S. aid to help meet a growing need for food, water and shelter there. He said the U.S. was giving $2 million to help Djibouti deal with an influx of Yemeni refugees.

A sleepy coastal nation in the Horn of Africa, Djibouti was the last French colony to achieve independence. Today, nearly four decades later, the mainly Sunni nation has become a critical part of U.S. foreign policy.

With U.S. ground forces out of Yemen amid a civil war, Djibouti is a launching pad for drone attacks on al-Qaida and other extremist groups as well as a key transit point for Americans trying to get home.

Kerry traveled to Djibouti in part to thank the government for its support and to get a closer look at U.S. operations. A day after becoming the first top American diplomat to visit Somalia, he's likewise be the first to make an appearance in tiny Djibouti, which encompasses an area the size of New Jersey and has less than 1 million people.

Djibouti has supported American citizens trying to get out Yemen amid continued fighting on the ground and the weight of a Saudi-led bombing campaign against the Houthis. Some 500 Americans have fled to Djibouti, with some 200 making their way from there to the United States. Others have remained in the country while they try to secure visas for family members or collect enough money for further travel expenses.

At a ceremony at a U.S. embassy, Kerry presented passports and travel visas to individuals planning to fly on to the United States.

Yemen has long suffered from desperate poverty, political dysfunction and al Qaeda's most lethal branch. It has become more unstable in recent months as Iran-backed Shiite rebels seized much of the country, chasing Yemen's internationally recognized president into exile and prompting a Saudi-led military intervention of Sunni Arab governments.

The fighting in Yemen shows no signs of abating. Rebels fired rockets and mortars into Saudi Arabia on Tuesday, killing at least two civilians, and reportedly captured five soldiers. Meanwhile, hundreds of families fled the southern Yemeni city of Aden - it's a boat ride away from Djibouti - after the Houthis advanced into their neighborhoods, firing indiscriminately as they took over surrounding, towering mountains. Saudi officials said "all options are open" as they weigh a response.

Aid agencies are undertaking contingency planning for a prolonged conflict in Yemen that could prompt 30,000 people to flee to Djibouti this year, a challenge in a place that is already serving as home for more than 20,000 Somali refugees.