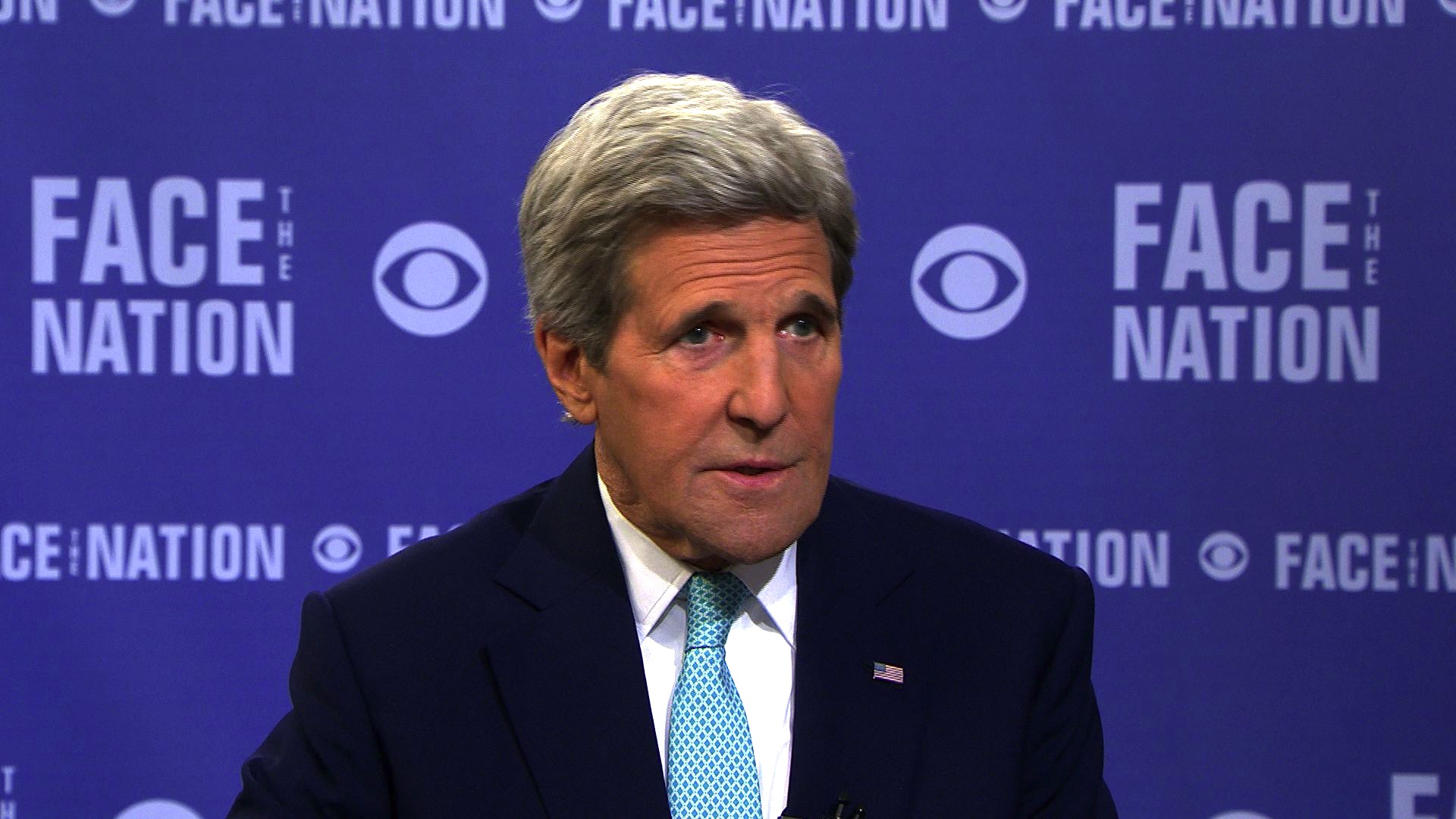 Less than a week after deadly bombings in Brussels claimed over 30 lives, including at least two Americans, and left hundreds more injured, U.S. Secretary of State John Kerry expressed fears that more terror attacks could threaten Europe in the future.

In an interview with CBS' "Face the Nation" scheduled to air Sunday, Kerry was asked by moderator John Dickerson how worried he was about another terrorist strike.

"Well, I think everybody is concerned," Kerry said. "Because for several years now, foreign fighters have been returning from Syria or from other locations and implanting themselves in the communities. And this is the threat that we've all been aware of."

On Saturday, Belgian officials encouraged citizens to remain on high alert after the Brussels airport and metro attacks, even suggesting that a peace march initially planned for Sunday should be delayed for security purposes.

"We invite the citizens tomorrow to not have this manifestation," Belgium's interior minister, Jan Jambon, said Saturday. Authorities proposed the rally, now canceled, should be delayed by several weeks.

The risk of more terror attacks, Kerry told Dickerson, is the reason the U.S. was actively involved in efforts to secure European cities.

"This is why we've been pushing for a passenger name recognition, flight manifest shared program within Europe that I hope will pass soon. We've been looking for additional screening," Kerry said, referencing counter-terrorism proposals that would share traveler information among allied U.S. and European nations.

"We've been engaged actually with the Belgian authorities for some period of time now trying to fill gaps that they're aware exist," the secretary said. "And I think everybody is now geared up to recognize that the fight is not just in Iraq and Syria but the fight is wherever those fighters have come from."

For more of our interview with Kerry, tune in this Sunday. Check your local listings for air times.