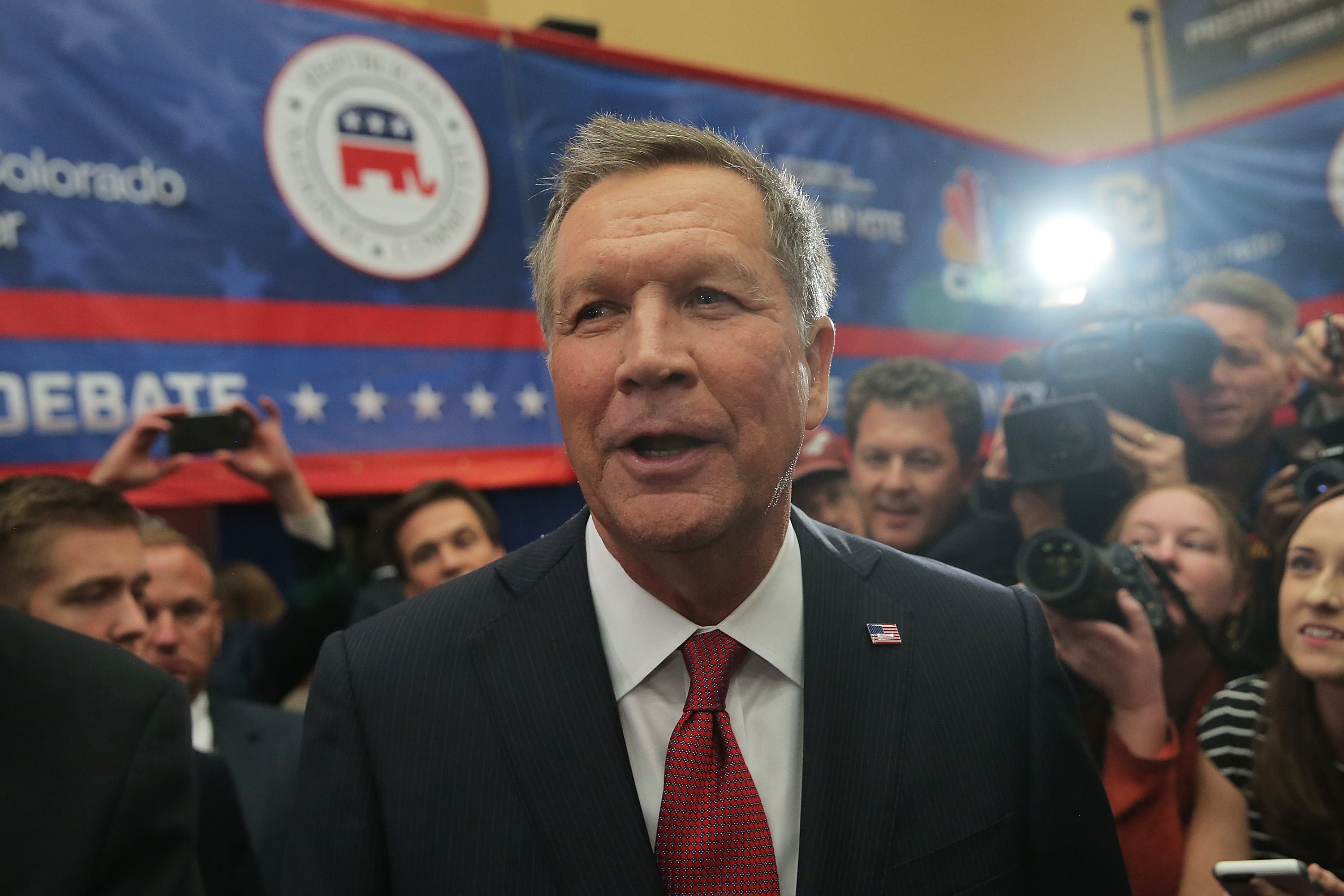 Republican presidential candidate and Ohio Gov. John Kasich sat down with "The Late Show" host Stephen Colbert on Friday to defend his stance against legalizing marijuana just days after Ohio voted against a statewide decriminalization of medical and recreational marijuana.

"We have a huge drug crisis in this country," Kasich said.

"Is that really pot, the drug crisis?" Colbert asked. "Lots of people are going to jail for minor infractions, and it ruins their entire life."

"We don't do that in Ohio, OK?" Kasich said. In the state, if police find a person in possession of small amounts of marijuana, they can charge a fine rather than doling out jail time.

"We don't even want serious drug addicts to be locked in prison for the rest of their life. We treat them, and we pass them off to the community," the GOP candidate said. "The problem with marijuana is this: We don't want to tell our kids, 'Don't do drugs, but by the way, this drug's OK.'"

"Isn't that what alcohol is?" Colbert asked, to loud applause.

When asked if he had ever smoked marijuana, Kasich replied that he had -- a fact he has admitted to in previous interviews.

Colbert later pressed him: If he had ever been caught by police using the drug, would he be the governor of Ohio today?

"It ruins a life to have that police record because you can't get a job," the late-night host said.

"I just don't want to legalize drugs," Kasich replied, though he said he would consider it if doctors deemed it necessary for medical purposes.

"Now, when it comes to medical marijuana," he said, "if the experts come back and say we need this for people who have seizures, I'm for that."