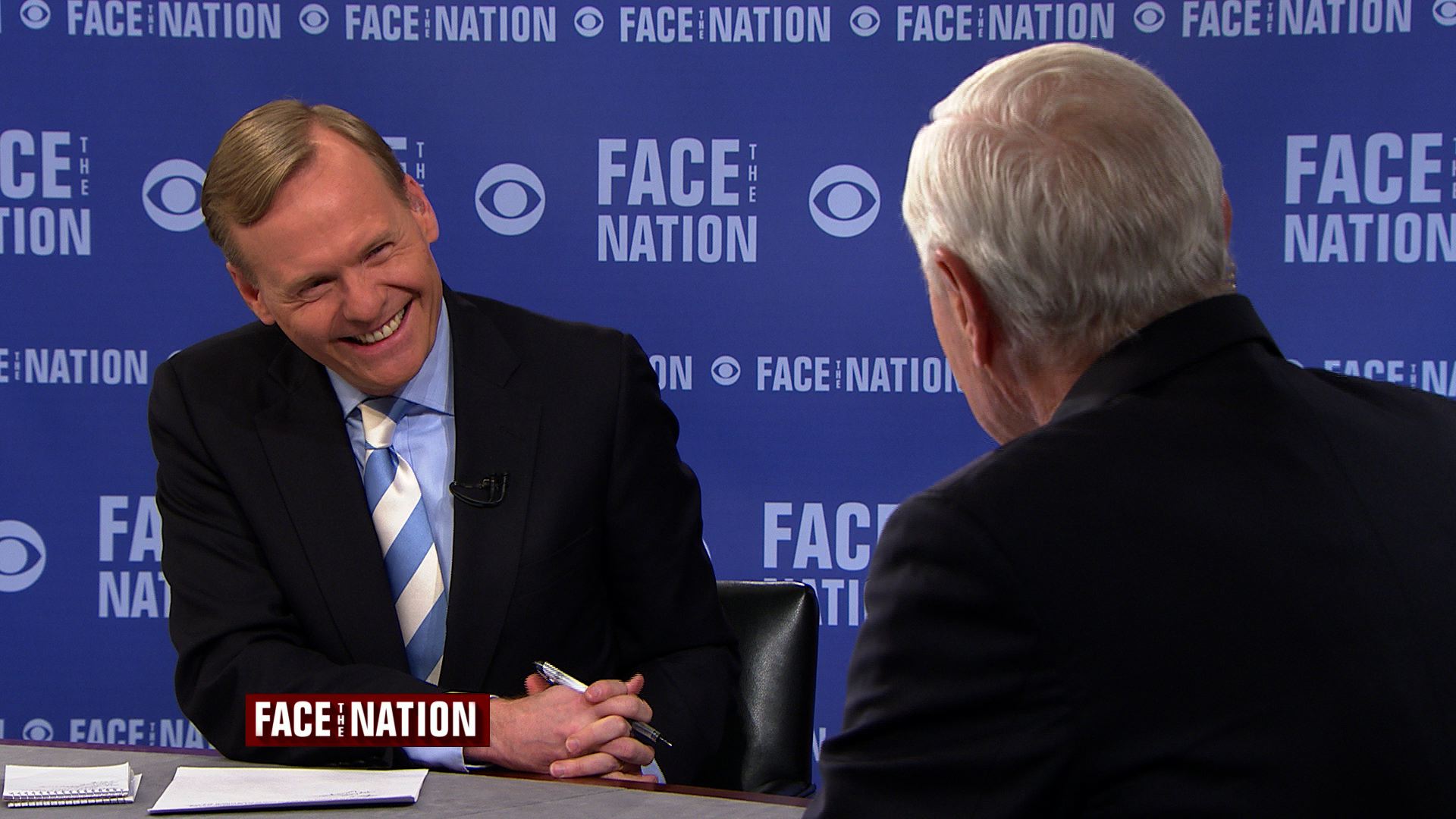 "Now the obvious question is, who's going to take this seat? I'm happy to say the answer is my friend CBS News political director John Dickerson, who's been on this broadcast 83 times and he sure has the right bloodlines," Schieffer said.

Dickerson's mother, Nancy Dickerson, was the first female correspondent in the CBS News Washington Bureau and was a member of the Washington press corps as an NBC News correspondent when Schieffer first came to Washington in 1969.

"I'm thrilled. I have watched Bob my whole professional life not just as a viewer but as a daily reporter who also covered the Hill. I'm honored to carry on his tradition on Face the Nation, Dickerson said.

Schieffer announced last week that he will retire this summer after hosting "Face the Nation" for 24 years and working at CBS News for 46 years. The show celebrated its 60th anniversary last year.

"Because that was where it all started for me, I wanted this to be the place, and I wanted you all to be the first to know that this summer I'm going to retire," he said at the annual Schieffer Symposium at Texas Christian University, his alma mater.

"It's been a great adventure," Schieffer said. "You know, I'm one of the luckiest people in the world because as a little boy, as a young reporter, I always wanted to be a journalist, and I got to do that. And not many people get to do that, and I couldn't have asked for a better life or something that was more fun and more fulfilling."

Dickerson joined CBS News in April 2009, as an analyst and contributor, providing on-air political analysis and contributing to CBS News broadcasts across the network. He is also the chief political correspondent at Slate magazine.

He has been a reporter in Washington for almost 20 years covering the White House, Congress and economics, including most recently for Slate, and from 1993 to 2005 at Time magazine. During his last four years at the magazine, he was White House correspondent covering the presidency of George W. Bush. He authored a long-form series on presidential attributes, which won the Ford Prize for Distinguished Reporting on the Presidency.

"John is first and foremost a reporter--and that's what he'll be as anchor of Face the Nation," said CBS News President David Rhodes. "His work in the studio will always be informed by what he's learned in Iowa, in New Hampshire, on Capitol Hill--anywhere there's news. He has earned the respect of newsmakers across the political spectrum. With all our correspondents John will present comprehensive coverage on all our platforms."