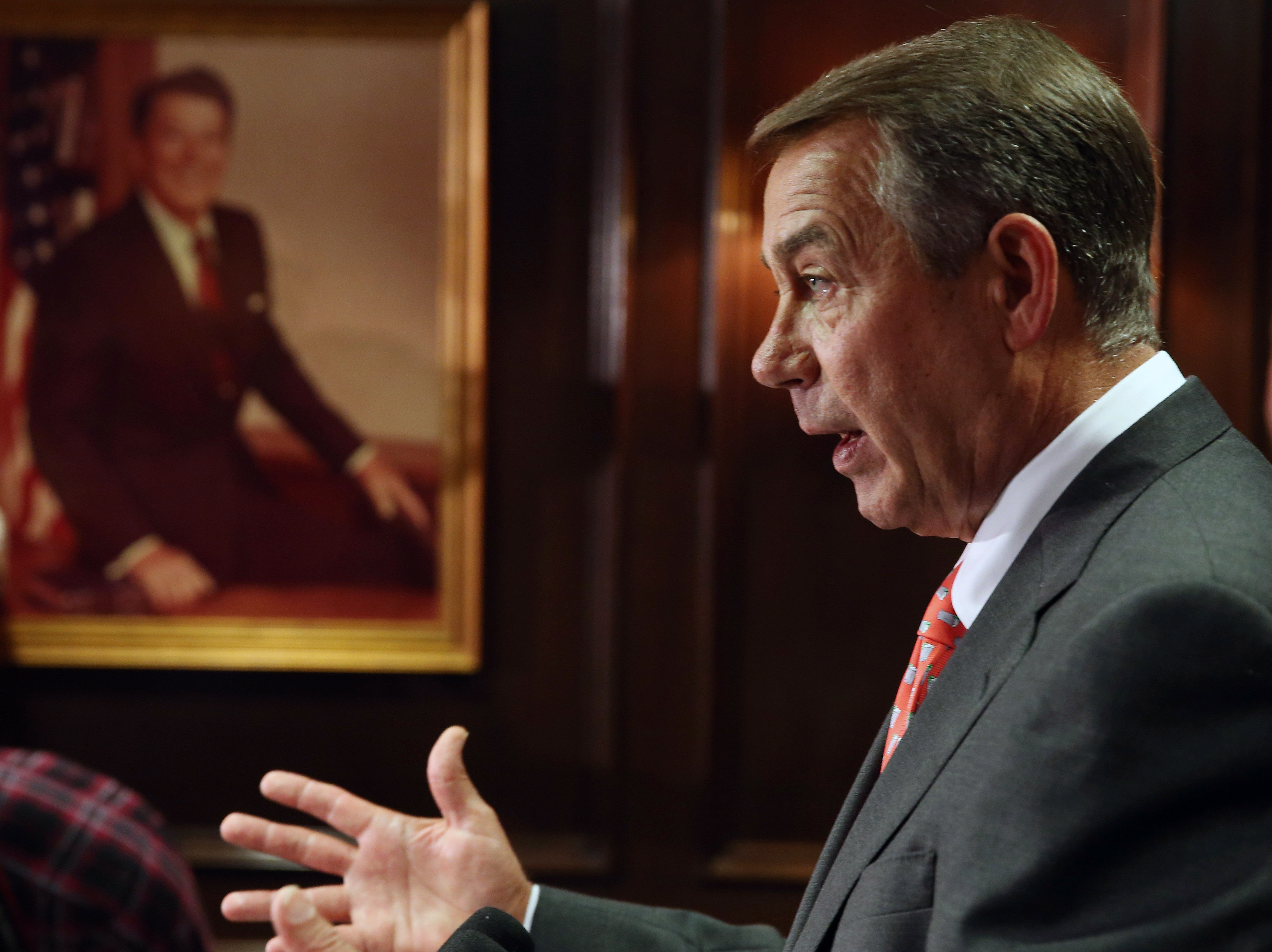 Outrage has mounted in recent weeks as reports continue to surface of fraud and abuse at VA facilities around the country. Among other charges, VA officials have been accused of falsifying or misrepresenting waiting lists for medical care, forcing veterans to delay needed treatments. Dozens of deaths have been linked to the often-crushing delays.

"I think it's important for us to understand the failure that's gone on here," the speaker said. "The reports that continue to come are appalling. These are men and women who served our country and we've not just let them down, we've let them die. This is awful stuff, and somebody ought to be held accountable for it."

"I've not called for General Shinseki to resign, although I have to admit I'm getting a little closer," he added. "But here's the point: This isn't' about one person. This isn't about the secretary. It's about the entire system underneath him."

Boehner worried that a change in leadership might obscure the focus on the underlying problems with the VA. "And so I don't want people to get confused about what the shiny ball is here," he said. "The shiny ball is a systemic failure of this agency."

He also said he's not confident the Inspector General (IG) tasked with probing the scandal is up to the job.

On Wednesday, the president defended Shinseki's performance, saying the secretary cares deeply about America's veterans and had performed ably in other areas, but he added that he's awaiting the results of the IG report before deciding on any further punitive action, signaling that he may yet ask Shinseki to step down.

"I know that Rick's attitude is if he doesn't think he can do a good job on this and if he thinks he's let our veterans down, then I'm sure that he is not going to be interested in continuing to serve," the president said. "I want to see...what the results of these reports are, and there is going to be accountability."

A growing chorus of lawmakers and veterans' groups have called for Shinseki's dismissal. In a statement on Wednesday, the American Legion said President Obama's decision to keep Shinseki on the job, even if only temporarily, was "unfortunate."

"The VA has been aware for some time that inappropriate scheduling procedures are widespread among its medical facilities," said American Legion National Commander Daniel M. Dellinger. "Yet Secretary Shinseki has taken no initiative in correcting the problem."

In a CBS News poll released Wednesday, Americans were split on who should be blamed for the burgeoning scandal. Thirty-three percent said Shinseki and the VA deserve most of the blame, while 28 percent say the local VA hospitals where the alleged misconduct occurred should be held responsible. Seventeen percent said President Obama is ultimately at fault.