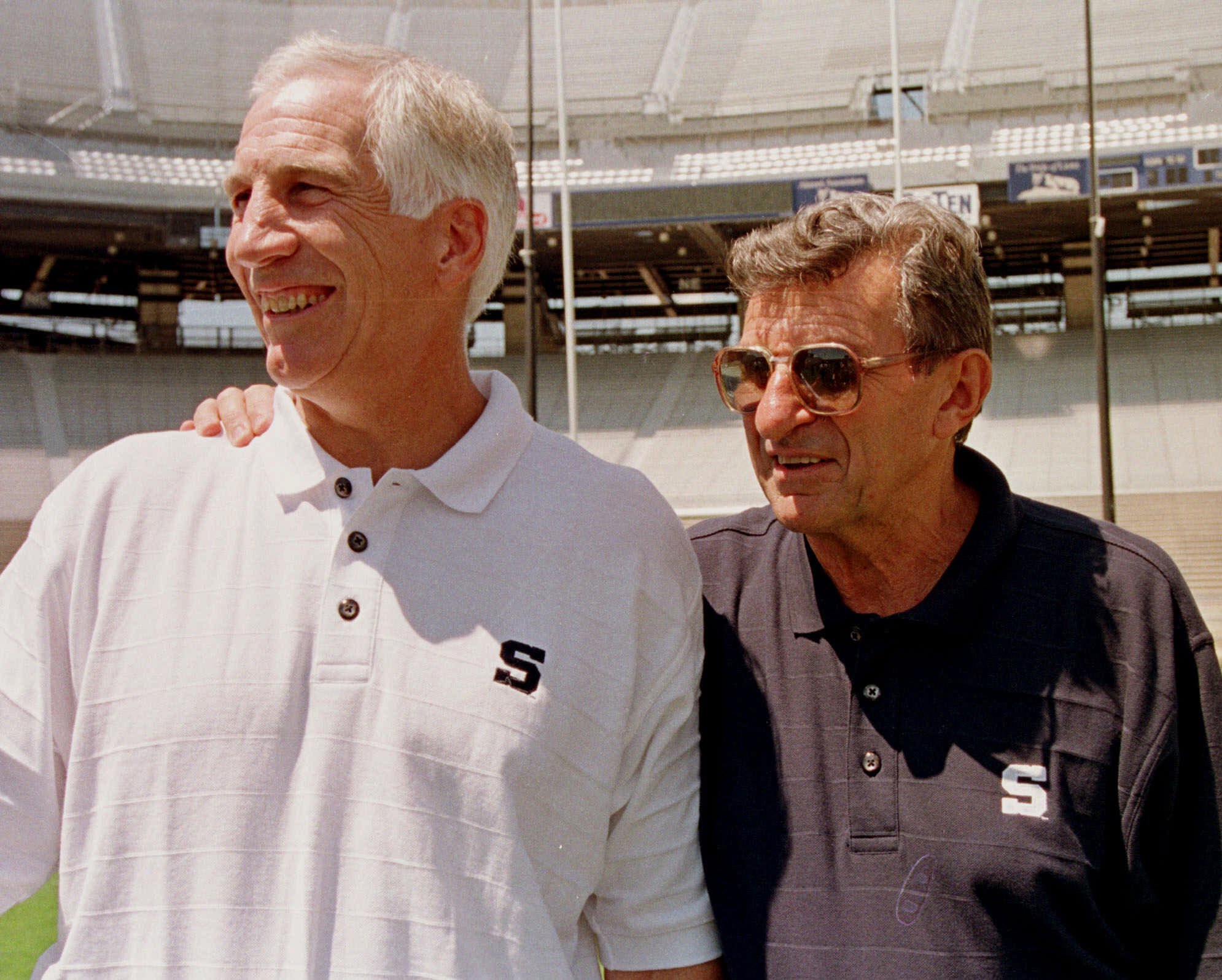 PHILADELPHIA - Joe Paterno's son said Friday that an allegation made by insurers that a boy told the longtime Penn State University football coach in 1976 that he had been molested by former assistant coach Jerry Sandusky is "bunk."

In a tweet, Scott Paterno wrote that "it would be great if everyone waited to see the substance of the allegation before they assume it's true. Because it's not."

If the allegation were true, it would suggest his father had protected "an obscure assistant coach no one had yet heard of" in 1976, Paterno wrote. He added: "It's bunk."

The allegation was revealed Thursday in an order issued by Philadelphia Judge Gary Glazer in litigation between an insurance company and Penn State. The order also cited reports by unnamed assistant coaches who said they witnessed inappropriate contact between Sandusky and children, according to Pennlive.com. Glazer wrote there was "no evidence that reports of these incidents ever went further up the chain of command at PSU."

The allegations were made in victim depositions taken in the insurance case, but those depositions remain under seal, Pennlive.com reported.

In 2001, Paterno told high-ranking university officials that one of his assistant coaches reported seeing Sandusky acting inappropriately with a child in a team shower. In 2011, Paterno told a grand jury that he did not know of any other incidents involving Sandusky, who retired from Penn State in 1999.

Sandusky is appealing a decades-long sentence for abusing 10 boys during encounters that went back to the 1990s. He had met the boys through the children's charity he founded in 1977.

Evidence of earlier allegations had not previously come to light, though the university disclosed in November that it had settled a total to 32 claims regarding Sandusky allegations that were worth $93 million.

Penn State spokesman Lawrence Lokman told Pennlive.com that university officials knew broadly of the allegations made in the insurance case, but refused to talk about the "specific circumstances" of people who came forward in the settlement process.

Penn Staters for Responsible Stewardship, a group formed in the wake of the scandal to oust board members who voted to fire Paterno, released a statement calling for Penn State officials to produce all records related to the insurance case "so that they may be evaluated fairly and fully in an environment of complete transparency."

Paterno had an unparalleled coaching career at Penn State but was fired in the months between Sandusky's November 2011 arrest and his own death of lung cancer in January 2012.

Three administrators who worked with him as high-ranking university officials await trial on criminal charges for their handling of the Sandusky scandal.

An appeals court recently threw out many of the charges against former president Graham Spanier, former vice president Gary Schultz and former athletic director Tim Curley, and state prosecutors did not challenge that decision. No trial date is set.

On Thursday, Sandusky was granted a hearing as he pursues appeals in his 45-count child sexual abuse conviction.