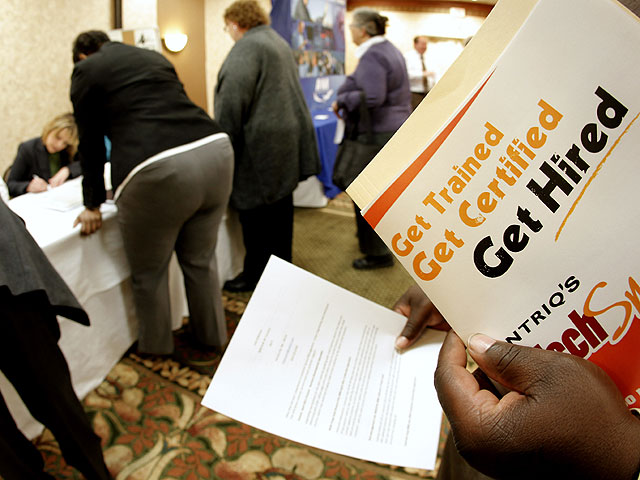 (MoneyWatch) A little more than three years since the end of the recession, 12.7 million unemployed Americans are wondering where the jobs are.

The economy has made great progress from the depths of the Great Recession, adding 3.77 million jobs since employment bottomed in February 2010 (4.27 million private sector jobs added, and 502,000 public sector jobs lost). But the hole was deep and there are still 4.7 million fewer private sector jobs now than when the recession started in 2007. That means that the economy has recovered just over 40 percent of the total number of jobs lost during Great Recession.

Services sector: The big winner in the job creation race is the services sector. Since the low point in September 2009, employment in the professional and business services area has grown by 1.4 million and the economy has recovered more than 80 percent of the total services jobs lost during the recession.

Health Care: As baby boomers age, there's no doubt that the demand for health care will spike. Over the past year, health care employment has risen by 340,000 and has remained a steady performer throughout the recovery.

Manufacturing: The glass-half-full news is that we are still building stuff in the United States: The manufacturing sector has added 495,000 jobs since the recent low in January 2010. Still, manufacturing has recovered only 21 percent of jobs lost and the June ISM manufacturing index dropped below 50, the level that indicates contraction, for the first time since July 2009. The weak reading could indicate near-term trouble for manufacturing job growth.

Asset Allocation Guide: How much risk do you need?

Government: The big game-changer on the employment front was government. After creating nearly 100,000 jobs during the recession as a result of The American Recovery and Reinvestment Act (aka "the stimulus"), 502,000 public sector jobs have disappeared since the beginning of 2010. Most of the job losses were concentrated at the state and local government levels, where municipalities have struggled under mounting calls for spending cuts.

During run-of-the-mill recessions and recoveries, housing usually leads the economy out of the woods and construction jobs often lead employment gains, but given the massive supply of housing stock, construction jobs have been slow to come on line. The good news is that most economists agree that housing is bottoming. Bill McBride of Calculated Risk summed up the progress, noting "Housing starts have been increasing, residential construction spending is up 17% from the recent low, and new home sales have averaged 353 thousand on an annual rate basis over the first 5 months of 2012, after averaging under 300 thousand for the previous 18 months." While we can't expect huge progress, small improvements will look like massive gains on a percentage basis.