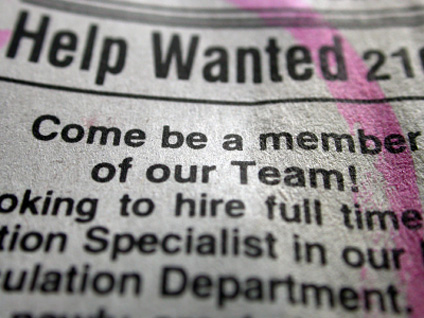 (MoneyWatch) Stocks finished the quarter on an upbeat note, after European leaders appeared to make progress at their summit. Angela Merkel and Co. gave investors just enough to ease the pressure that had mounted throughout the spring.

Although the European debt crisis is not even close to being solved, the agreement indicates a greater willingness of all parties to inch closer to a fiscal and political union.

Here are the main points of the agreement:

The timing of the summit is perfect: The eurozone leaders can now hit the South of France for vacation, while in the U.S. attention turns to all-important jobs data. Unfortunately, the results from June employment report could ruin the July 4th week-long celebration.

Job growth started off with a bang this year, but has slowed significantly over the past three months. In January, the economy added 275,000 jobs, and in February there were 259,000 new jobs. Then the slowdown began, starting with March, when job creation totaled 143,000, followed by April's 77,000 and May's 69,000. You don't have to be an economist to notice that the trend is moving in the wrong direction.

Economists expect that 80,000 - 100,000 new jobs were created in June and the unemployment rate remained at 8.2 percent. Jobless claims over the past four weeks remain high and regional manufacturing reports throughout the month have been weak. Taken together, expectations for job growth are low.

Why aren't companies hiring more? The simple answer is that they don't need larger staffs in an economy that is only growing by 1.9 percent. And after recovering sharply from the recession, profits are slowing down. In the current environment of political gridlock, some believe that two ingredients necessary to spark job creation are Federal Reserve action and a resolution of the European debt crisis. Critics contend that the Fed's actions have had a more limited effect in each successive permutation.

As the new quarter begins, investors are still faced with anxiety over Europe, worries about China, and concerns of a U.S. economic slowdown. Traders note expectations that stocks will rise throughout the next six months fell to 28.7 percent from 32.9 percent, according to a poll from the American Association of Individual Investors. This data point is often used as a contra-indicator: When everyone is bearish, the bulls can often take control.

Whether a summertime upside stock market surprise is brewing remains to be seen. What is known is that half-way through 2012, stocks are higher on the year, despite a weak second quarter. The biggest loser for the quarter was crude oil, which plummeted 17.5 percent over the three-month period, its worst quarter since the fourth quarter of 2008. The good news is that gas prices plunged by 60 cents over the three-month period.