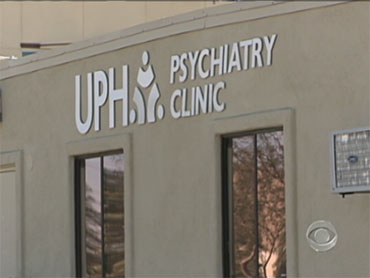 Higher unemployment and foreclosure rates, especially in South Atlantic and Mountain states, raised the nation's economic stress in November, according to The Associated Press' monthly analysis.

One month after economic stress reached an 18-month low nationally, it rose in three-quarters of the 3,141 counties the AP analyzed and in 39 states. Unemployment and foreclosures edged up in more than two-thirds of the states. Bankruptcies rose in half the states.

Florida, in particular, is struggling. Its recovery has lagged behind those of other states that were also ravaged by the housing bust, such as Arizona and California, because Florida's economy is less diversified.

And Colorado, Idaho and other Mountain states have suffered from a loss of drilling, tourism and construction jobs.

The AP's index calculates a score from 1 to 100 based on unemployment, foreclosure and bankruptcy rates. A higher score signals more stress. Under a rough rule of thumb, a county is considered stressed when its score exceeds 11.

The average county's score in November was 10.3, up from 9.9 in October. It was the highest reading since August's 10.3 score.

Nearly 40 percent of the nation's counties were deemed stressed, up from a little more than one-third in October.

Nationally, the unemployment rate ticked up to 9.8 percent in November from 9.7 percent in October. In December, the rate slipped to 9.4 percent. For all of 2010, the economy added about 1.1 million jobs - far fewer than are normally created after a severe recession.

Many economists expect twice as many net jobs to be created this year. But most think the unemployment rate will remain around 9 percent by year's end. Federal Reserve Chairman Ben Bernanke said last week that it could take up to five years for unemployment to drop to a historically normal rate of around 6 percent.

States that were hit especially hard when the real estate bubble burst - California, Florida, Arizona and Nevada - will likely continue to suffer. A big reason is the loss of construction jobs that aren't coming back.

"We are not looking for a big bounceback," says David Wyss, chief economist at Standard & Poor's in New York.

Nevada has been stuck with the highest monthly Stress score since it surpassed Michigan in March 2008. The AP index dates to October 2007. In November, economic pain worsened in Nevada, which posted a score of 21.96.

North Dakota (4.05) was again the least-stressed state in November. It was followed by South Dakota (5.17), Nebraska (5.27), Vermont (6.29) and New Hampshire (7.11). But all the healthiest states except Nebraska suffered higher stress from October to November.

Over the past three months, Florida has endured the sharpest increase in economic pain. It surpassed California and Michigan to become the second-most-stressed state based on the AP's index. Florida also has suffered the third-sharpest increase in stress over the past 12 months, exceeded only by the Mountain states of Colorado and Utah.

"It's the housing crisis, combined with a lack of manufacturing and other industries," David Denslow, a University of Florida economist, says of the state's troubles.

Colorado, Idaho and other Mountain states fell into recession later than much of the country did, once mining and construction jobs evaporated, tourism fell and their second-home markets fizzled.

"Late in, late out," says Richard Wobbekind, an economist at the University of Colorado at Boulder. "We haven't seen the pickup yet."

Fewer people migrating to Idaho, for example, led to a drop of more than 21,000 construction jobs, says Bob Fick, a spokesman for Idaho's Labor Department. Other industries, such as electronics manufacturing, also suffered losses from the recession. Their troubles contributed to a nearly 6 percent drop in Idaho's employed work force over the past three years.

"In 2007, when everything was starting to look like there was a recession, we still had Californians up here buying houses like it was nobody's business," Fick says. "The bottom didn't really fall out until later."

By contrast, stress declined the most in counties with many workers in wholesale trade, transportation, financial services, insurance and support jobs. Ward County, N.D. (3.29) was deemed healthiest in November. It was followed by Sioux County, Iowa (3.71); Buffalo County, Neb. (3.74); Brown County, S.D. (3.96); and Brookings County, S.D. (3.98).

Here are the 20 most economically stressed counties with populations of at least 25,000 and their November 2010 Stress scores, according to The Associated Press Economic Stress Index:

A list of the 20 least economically stressed counties with populations of at least 25,000 and their November 2010 Stress scores, according to The Associated Press Economic Stress Index: