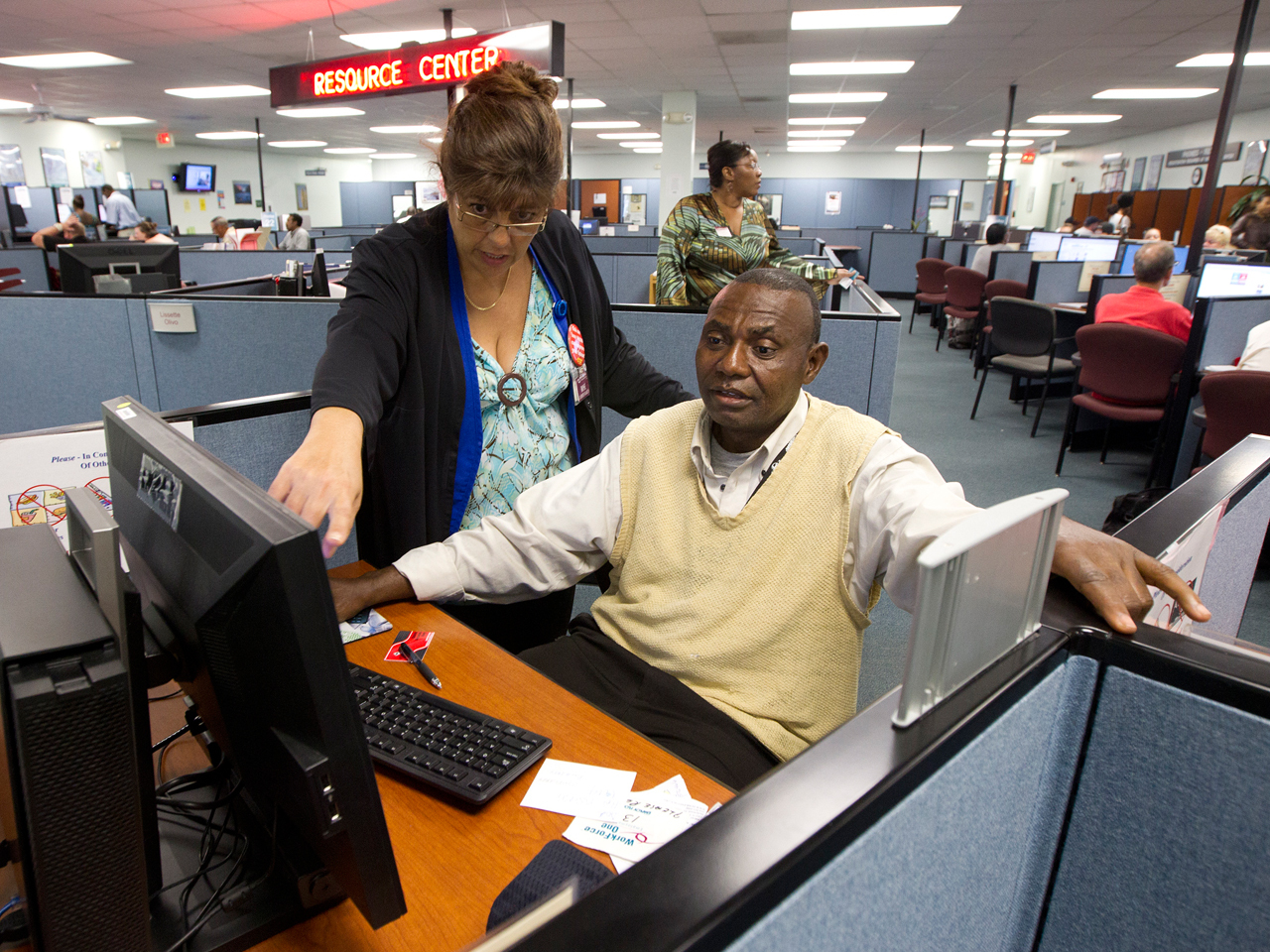 WASHINGTON - The number of Americans seeking unemployment aid plummeted last week to seasonally adjusted 339,000, the lowest level in more than four years. The sharp drop offered a hopeful sign that the job market could pick up.

The Labor Department said Thursday that weekly applications fell by 30,000 to the fewest since February 2008. The four-week average, a less volatile measure, dropped by 11,500 to 364,000, a six-month low.

Weekly applications are a proxy for layoffs. They can fluctuate sharply from week to week. If they stay near last week's level, it would likely signal better hiring ahead.

When applications consistently drop below 375,000, it suggests that hiring is strong enough to lower the unemployment rate.

The positive figures follow a government surprisingly upbeat September employment report. The report said the unemployment rate fell in September to 7.8 percent, from 8.1 percent in August. It was the first time the rate had dropped below 8 percent since January 2009.

The unemployment rate declined because a government survey of households found that 873,000 more people had jobs, the biggest jump in nearly 10 years. An increase in part-time employment accounted for most of the gain.

Employers, meanwhile, added 114,000 jobs in September, according to a separate survey of businesses. And hiring over the summer was stronger than previously estimated. The economy gained an average of 146,000 jobs a month in the July-September quarter. That's more than double the monthly pace in the April-June quarter.

Still, hiring must be stronger to bring relief to the more than 12 million people who are unemployed. Roughly 100,000 new jobs are needed each month to keep up with the working-age population.

A key problem is the economy is not growing fast enough to generate much hiring. Growth slowed to a tepid annual rate of 1.3 percent in the April-June quarter, down from 2 percent in the previous quarter. Most economists see growth staying at or below 2 percent in the second half of the year.