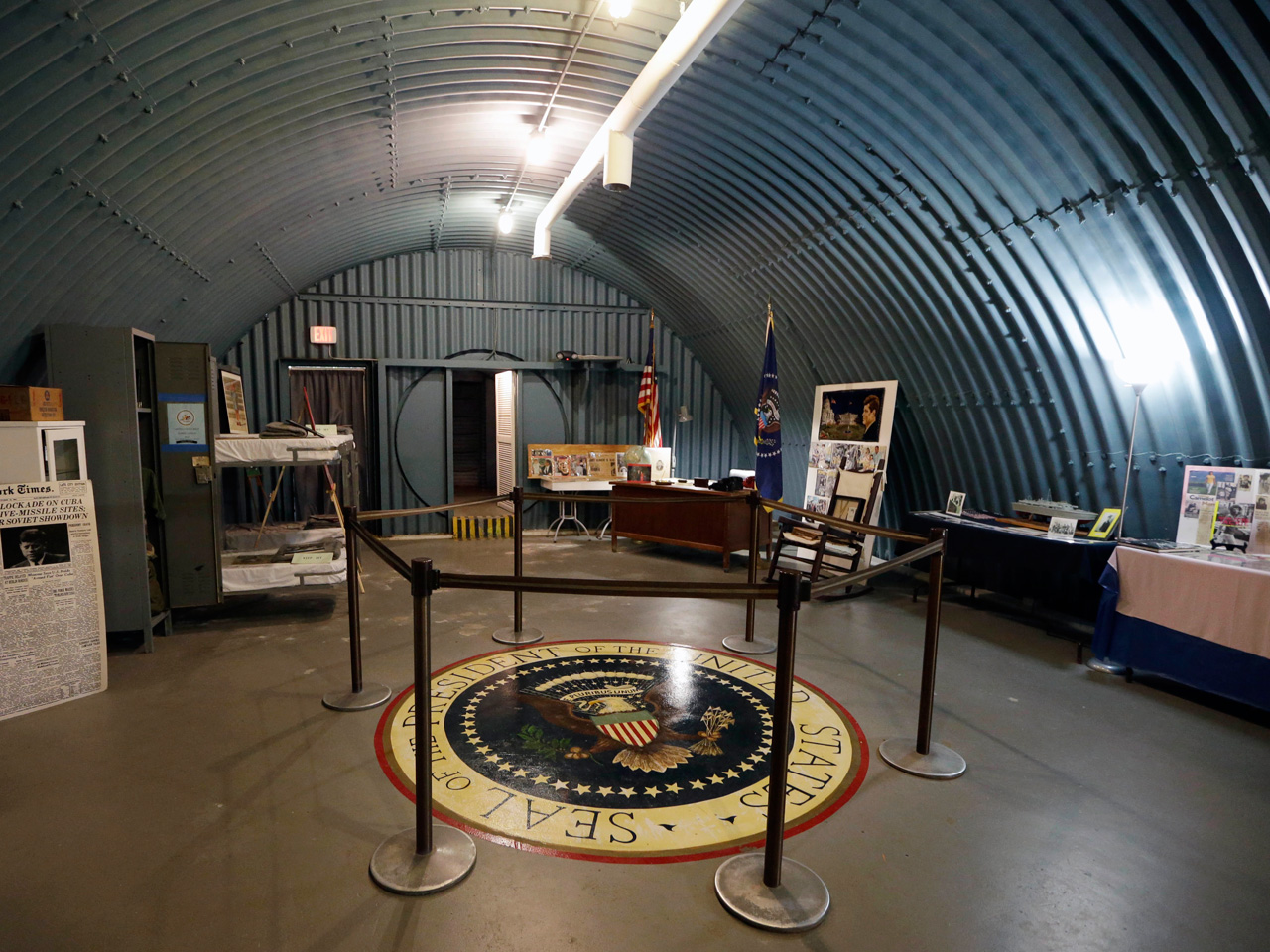 RIVIERA BEACH, Fla. - The bunker where President John F. Kennedy would have been whisked if World War III erupted while he vacationed in Florida may face a bigger threat than Soviet missiles ever posed: a battle between its operators and the Port of Palm Beach.

The once top-secret fallout shelter, code name "Hotel," and the retired Coast Guard station on Peanut Island are now a tourist attraction and the focal point of a long-running legal war between the port, which owns the island, and Palm Beach Maritime Museum, which leases the attraction.

Anthony Miller, who operates the site for the museum, said the port's commission and Palm Beach County have blocked attempts to make the attraction financially stable. He said the commission thwarted a $500,000 grant last year. The county limited the number of weddings that can be performed at the picturesque Coast Guard boat house to three per year, down from 30, and banned the construction of a restaurant. The site's $200,000 annual maintenance budget is barely covered by admissions and donations, he said. The maritime museum's lease ($100 a year, plus 4 percent of gross sales) ends next year.

He says the port wants to tear down the facility, citing communications he says the museum has had with the commission.

"They have been trying to kick us off for 20 years by starving us of money," Miller said.

Greg Picken, the port commission's lawyer, said the port has no intention of razing the bunker or Coast Guard buildings, but hopes to find a better caretaker when the museum's lease expires. He said the museum's board is in disarray, citing lawsuits members have filed against each other. He said the $500,000 would have been "a drop in the bucket" compared to the millions in repairs he says the site needs and the museum has failed to make.

To visit the bunker, about 200 tourists a week take a short boat ride to manmade Peanut Island, named for an aborted attempt to use it to ship peanut oil almost a century ago. In the 1930s, the Coast Guard station was built. Soon, its Coast Guardsmen would protect American cargo ships from German U-boats off Florida during World War II.

The station made the island the perfect site in 1961 to build a bunker for the newly inaugurated Kennedy, whose wealthy family's Palm Beach compound was a 10-minute ride away.

Built in 10 days by Navy Seabees, the Spartan, 1,600-square-foot bunker - the size of a small U.S. home - could have been the nerve center for U.S. and NATO forces if Soviet nuclear weapons had incinerated Washington and New York. While it wouldn't have survived a direct or nearby hit, it would have provided protection from fallout blown in from elsewhere.

Miller leads visitors down a path to the bunker, lifting a lever that opens the sealed steel door with a creak and thudding echo.

A 40-foot tunnel slopes down to a second door where entrants would have checked themselves with Geiger counters and, if radioactive, stripped and showered. Fresh clothes, if needed, would have been slipped through a slot in the final door. It opens to the single room where Kennedy and 30 members of his family, aides and military advisers would have lived for up to a month beneath a 12-foot ceiling, two metal roofs sandwiching 18 inches of cement and 12 feet of dirt.

Open to the public since 1998, the room is now part re-creation, part Kennedy museum. The cement floor is dominated by a painting of the presidential seal, just like 1962. Two of the 15 metal bunk beds that would have lined the walls, the barrels that would have served as toilets and a display of military rations give a taste of what life would have been like. Miller said Kennedy visited the site a few times as part of drills.

"The goal was survival, not luxury," Miller said.

In one corner sits a replica of the wooden desk where Kennedy would have worked. A globe, ash tray and three phones, two black and one red, rest atop it. The desk is flanked by U.S. and presidential flags. Next to the presidential flag is a rocking chair that Kennedy needed for his famously balky back. In another corner sits a ham radio, from where coded messages would have been dispatched to military commanders worldwide.

But there are also items that wouldn't have been there -- photos of Kennedy, a mushroom cloud and fallout bunkers near Washington and Moscow. Copies of newspapers from the days following Kennedy's 1963 assassination. And the three cats who patrol the island and bunker -- Jack, Jackie and, slyly, Marilyn.

"Fifty years ago, this place was state-of-the-art protection for the most important person in the free world," Miller said.