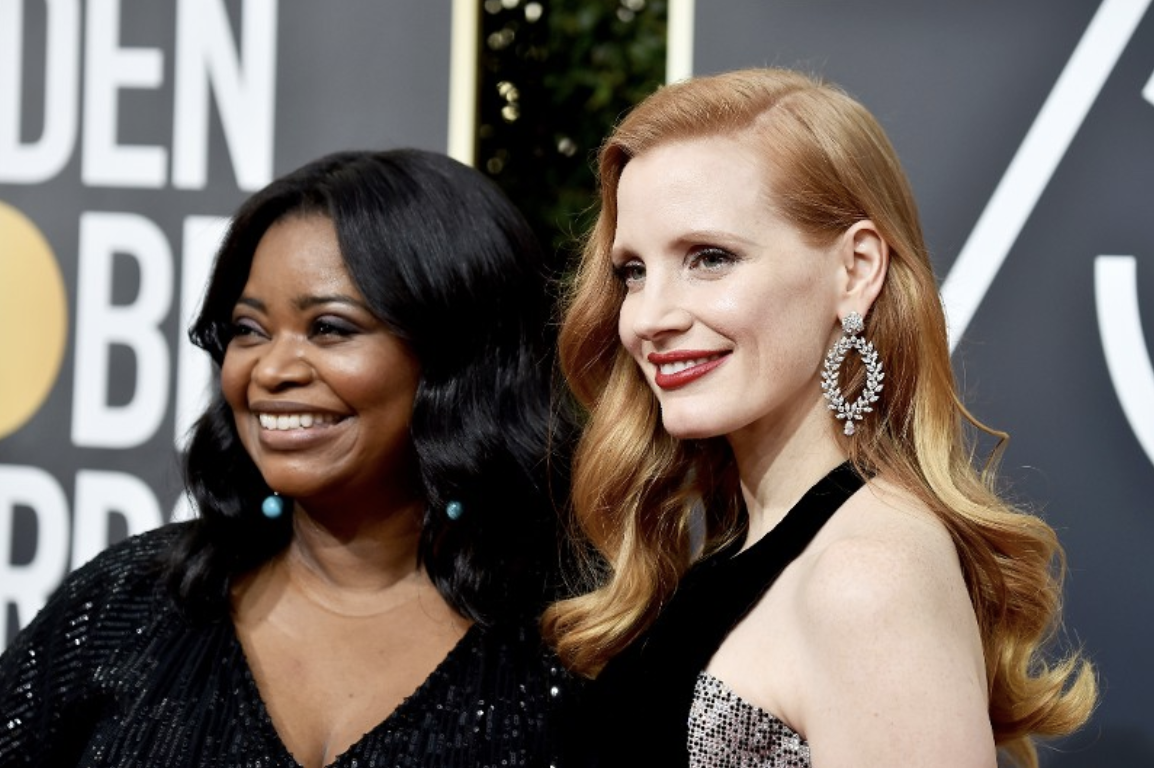 Octavia Spencer says Jessica Chastain helped her negotiate a higher salary for an upcoming movie they are working on together. The "Shape of Water" actress shared how she and Chastain linked up to negotiate salaries for themselves that were five times what they requested.

"I have a story, and you guys are going to be the first to hear it," Spencer told the audience at the 2018 Sundance Film Festival "Women Breaking Barriers" Panel. Spencer and Chastain, who co-starred in "The Help," are working on a new movie together. Spencer says while talking one day, they got on the topic of unequal pay.

The pay inequality bothered Chastain, and she decided to do something about it.

Through what Spencer said were "happy tears," she told the audience, "I love that woman [Chastain] because she's walking the walk and she's talking the talk." Spencer revealed that Chastain said she would negotiate their salaries for the upcoming film and promised they would make the same amount.

"Fast forward to last week -- we're making five times what we asked for," Spencer revealed to the audience. "I'm emotional because I haven't had a chance to process it."

The actresses' salaries have not been revealed, but Spencer reiterated on Twitter that they are each making five times the amount.

"I don't know what or if it cost [Chastain] anything as far as her rate, I just know she stood with me, and am eternally grateful," Spencer wrote on Twitter.

Chastain also took to Twitter to explain her feelings toward the negotiation.

"She had been underpaid for so long. When I discovered that, I realized that I could tie her deal to mine to bring up her quote,"Chastain wrote. "Men should start doing this with their female costars."

The story spread after Spencer revealed the details of Chastain's negotiation. Jada Pinkett Smith also discussed it during a separate Sundance Panel.

"It's nice to go out and march. We can do that. It's nice to wear black at the Golden Globes. It's nice to do that. But what are we doing behind closed doors?" Pinkett Smith asked the audience. "I got to give our sister Jessica Chastain her props, because she stood up for Octavia."

Spencer and Chastain are reportedly working on a comedy, which Chastain is producing. "And women do have to produce. Because she's producing this," Spencer said of Chastain. "Women are in demand, leading films."