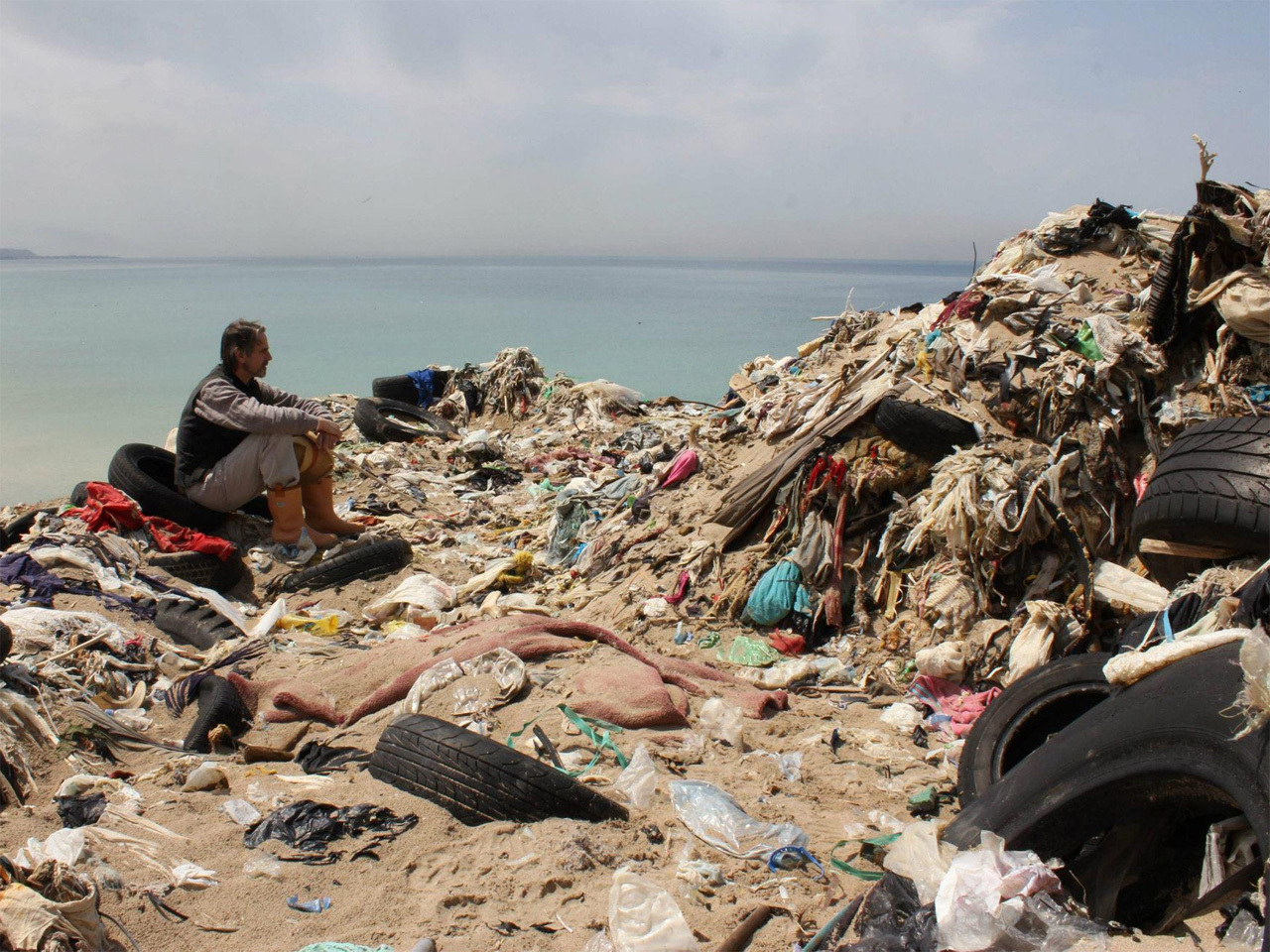 (CBS News) Our planet faces a troubled future, or so actor Jeremy Irons believes. He intends to shock us into action, as we hear from Tracy Smith:

In the 1995 movie "Die Hard: With a Vengeance," Jeremy Irons was pure evil as an urbane and elegant bad guy.

As Simon Gruber, he terrorized pre-9/11 New York City, practically in the shadow of the still-intact World Trade Center towers.

Scary stuff . . . but it's nothing compared to Jeremy Irons' latest film.

In the new documentary "Trashed," Irons shows us the terrifying possibility of a future world buried in its own garbage.

"After doing the documentary, how conscious are you, when you walk down the street, of trash?" asked Smith.

"Well, I mean, this part of New York is wonderful, there's no trash in sight," Irons said. "And I think it's a case of out of sight, out of mind."

"That's right. It's clean, it's lovely, it's not something we have to worry about. But where does it go?"

Where, indeed? In Indonesia, garbage goes in the nearest river, and eventually out to sea. Worldwide, according to the film, Americans could recycle 90 percent of the waste we generate, but right now we only recycle a third of that -- and some of our trash eventually finds its way back into us -- such as plastics leeching into our food supply.

It's weird to see an Oscar-winning actor rooting through trash cans in New York City's nicest neighborhood, but for Irons, garbage has become, well, personal.

He pulled out one object: "Now this is recyclable, this is great, but it's half full, so it's wasted food. Coconut water: Fantastic for you, 100% pure, and it's thrown away half-full. We waste a huge amount of the food we buy."

WEB-EXCLUSIVE VIDEO: Jeremy Irons on why he doesn't throw stuff out

"You have no hesitation to just pick through the trash, Jeremy?" Smith asked.

"Celebrities get asked to be involved in a lot of different causes; what was it about trash that made you say, 'I have to do something'?" asked Smith.

"We make everybody wear seatbelts now. That was a bore, wasn't it? But we do it, and we don't think about it anymore. Very simple to do the same with how we deal with our garbage."

It might not be easy to picture Jeremy Irons as a garbage activist: From his breakout role in 1981's "The French Lieutenant's Woman," he has been in more than 40 movies, at least as many plays, and has won just about every acting award there is.

"You have a slew of awards that would say you got some talent," Smith suggested.

"You don't think they mean much?"

"I do. I do. And I really don't want to denigrate them. I think awards are fantastic. I don't let them go to my head. I always, when I start a new piece of work, I still feel like a plumber, but I don't know how to do it. I just sort of feel out of my depths -- I'm not very good at plumbing!"

Well, he's good at something. Born in England in 1948, Jeremy John Irons trained as a stage actor before breaking into film.

He's been married to actress Sinead Cusack since 1978, with whom he has two sons. But on-screen he hasn't always been such a devoted husband.

In 1990's "Reversal of Fortune," Irons was cast as socialite Claus von Bulow, accused of trying to kill his rich wife by giving her an overdose of insulin.

"Did you love getting in Claus von Bulow's head?" Smith asked.

"I was slightly embarrassed," Irons said, "and in fact fought off playing him for a while, because he was alive and I thought there was something tasteless about pretending to be someone who was still alive. And so I fought against it. Finally it was Glenn Close who persuaded me. She said, 'If you don't play him someone else will play him. You know, come on. Have a crack at it. It's interesting.'"

Glenn Close was right: the performance earned him the Oscar for Best Actor.

Irons' Claus von Bulow is a saint compared with his current role in the Showtime series, "The Borgias." Irons is Pope Alexander VI, a man of many passions.

Off-screen, you might say Irons has become the unofficial pope of recycling -- and, in what may be his most important role yet, an elegant and refined voice of caution.