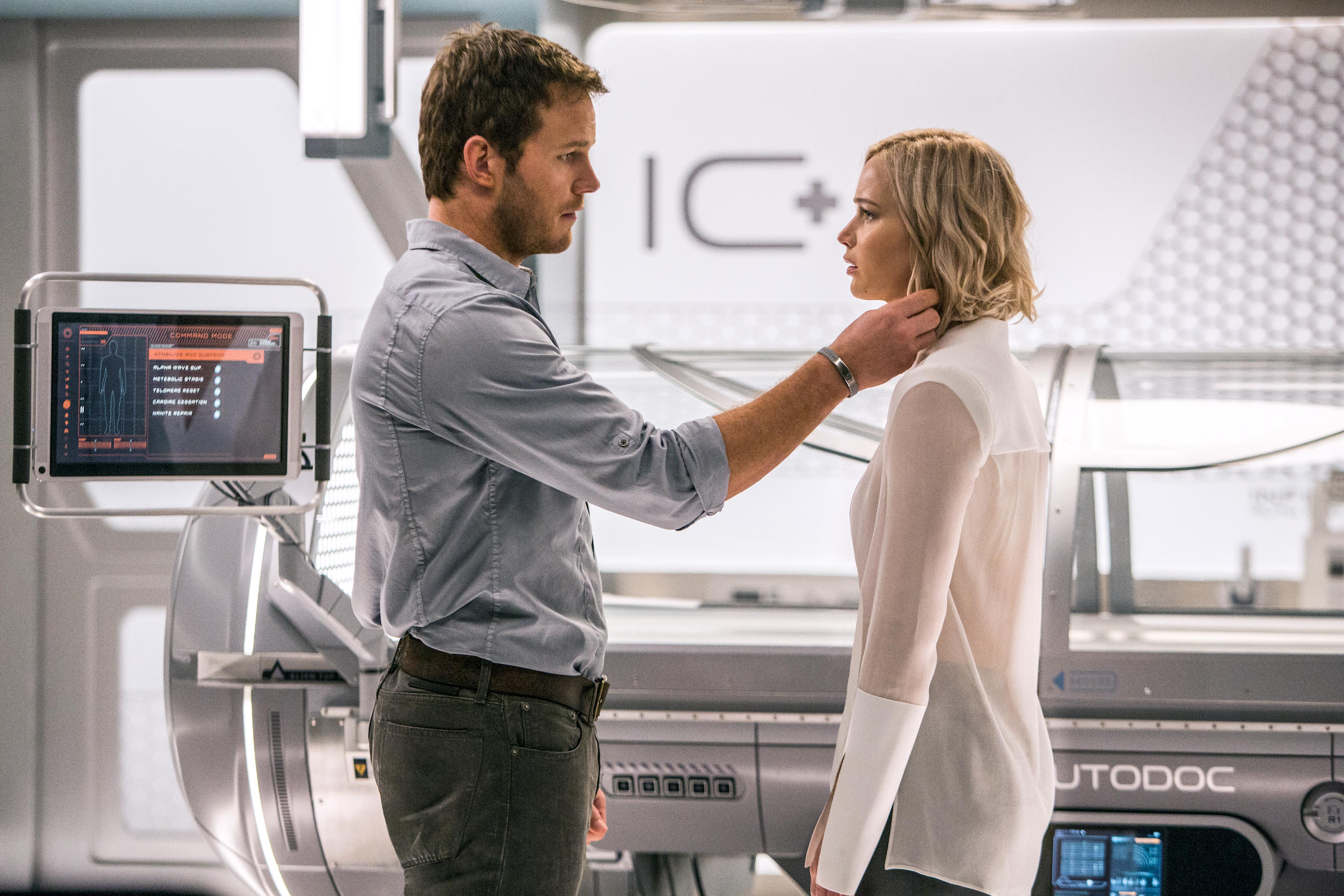 Who says there’s no time to flirt while saving humanity?

In the first trailer for “Passengers,” the new sci-fi drama staring Jennifer Lawrence and Chris Pratt, mankind’s fate hangs in the balance but the two stars can’t fight their natural attraction to each other.

The film, which hits theaters this Christmas, made headlines earlier when Lawrence nabbed a salary $8 million higher than Pratt’s.

Lawrence and Pratt star as two passengers onboard a spaceship transporting them to a new life on another planet whose hibernation pods mysteriously wake them 90 years before they reach their destination.