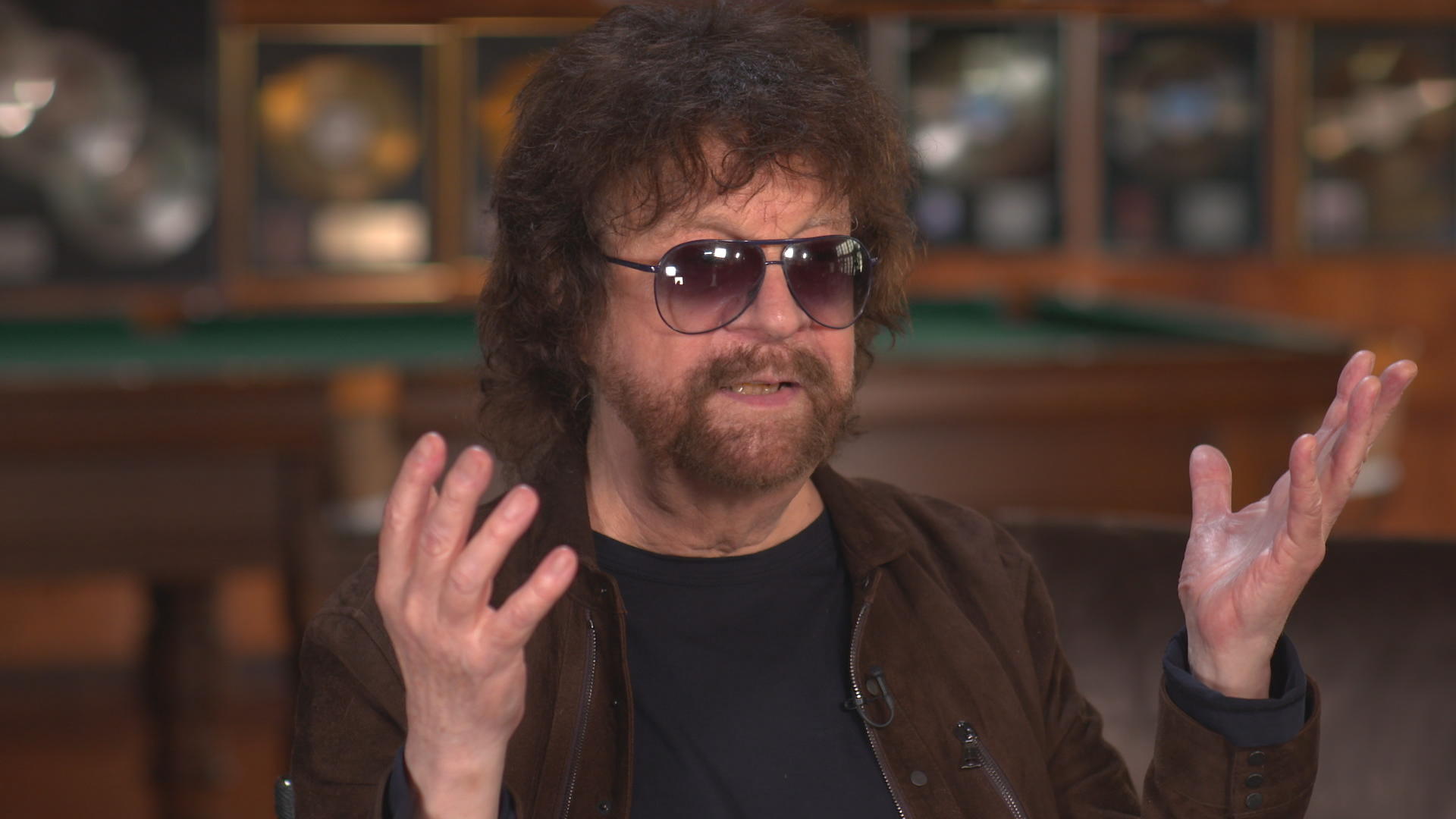 In the 1970s and '80s, the Electric Light Orchestra, the British rock band with a string section, lit up the charts. ELO, as fans called it, sold more than 50 million albums, with songs like "Livin' Thing," "Evil Woman," and "Mr. Blue Sky."

Jeff Lynne was the man behind ELO, until he disbanded the group in 1986. But now, 30 years later, Lynne's ELO is back on tour, and back in the spotlight.

Correspondent David Pogue said, "I went to the Madison Square Garden concert with my family. And the place was packed. And people were screaming and singing along and dancing."

"I was there as well!" he laughed. "I find it shocking. Every time I come out the dressing room, I can never be more amazed. 'What? It's filled to the top. Right to the roof, you know?' That's the most marvelous thing that could ever happen for me."

That is not the reaction his music got from his parents, growing up in working-class Birmingham, England.

Pogue asked, "What did your dad think of your music?"

"Not a lot, really!" Lynne laughed. "And me mom wasn't keen at all on my stuff."

Really? "Not really, no. She didn't like the way I sung, either. And she hated the falsetto bit."

But the falsetto stayed. It became a key ingredient in the ELO recipe: a hearty helping of vocal harmonies, a splash of classical, and a bit of Beatles. Lynne writes almost every ELO song, produces every album, and sings every track – and always wears shades.

Pogue asked, "Do you ever take the sunglasses off?"

"I just like myself better with them on. I'm less shy with 'em on, probably."

Shy enough that after ELO broke up, Lynne spent the next 30 years in an off-stage role, writing and producing songs for other musicians, starting with George Harrison. He produced Harrison's 1987 album "Cloud Nine," which went platinum. "And so, that was a great start for me as a producer of somebody else," he said.

Lynne went on to write and produce for Tom Petty, Roy Orbison, Del Shannon, Brian Wilson and Aerosmith. And in 1994, he got a producing offer he couldn't refuse: "One of the big things I did was to record the Beatles, like, to produce the Beatles' two singles."

"Jeff Lynne is the man who got The Beatles back together?" Pogue laughed.

The late John Lennon had left behind two demo recordings on old tapes. Lynne mixed in the three remaining Beatles, and created the first new Beatles songs in 24 years, "Free as a Bird."

In a 2012 documentary, Paul McCartney remembered the day: "Even though John was no longer on this planet, here he was, in the studio with us. And it was very special. It was all of us, like, wow!"

Tom Petty joined, too, and The Traveling Wilburys was born.

These days, Lynne devotes most of his time, once again, to the band now called Jeff Lynne's ELO. He's just toured 30 U.S. cities, written 10 new songs, and last week, at age 71, released a new album, called "From Out of Nowhere."

"You were obviously singing and playing guitar," said Pogue. "And who's playing keyboards?"

Pogue said, "So, let's recap: You're a shy, reluctant rock star who's a perfectionist, and a genius. Does that work?"

"Oh, I don't know about that last bit," Lynne laughed.

You can stream the Jeff Lynne's ELO album "From Out of Nowhere" by clicking on the embed below (Free Spotify registration required to hear the tracks in full):