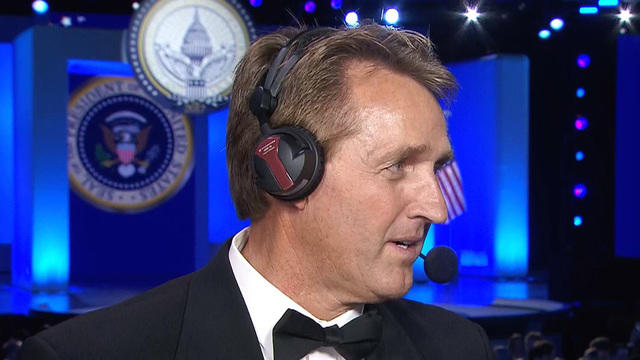 Republican Sen. Jeff Flake of Arizona, a vocal critic of Donald Trump during the 2016 presidential campaign, weighed in on his support of what he said were the president’s “stellar” Cabinet nominees Friday night.

“I think he’s great,” Flake said in an interview with CBSN.

He went on to praise the rest of Mr. Trump’s Cabinet choices, just as the Senate readies to hold more confirmation votes in the upcoming week.

“Boy, if the president governs like he has picked his Cabinet, then we’re in for a good four years,” Flake told CBSN. “I think they’ll all get through. I look forward to supporting them.”

On Friday, just hours after Mr. Trump’s inauguration ceremony, the Senate voted on two of the president’s Cabinet nominees.

The Senate confirmed Gen. John Kelly with an 88-11 vote to be the secretary of the Department of Homeland Security.

Kelly, who succeeds Secretary Jeh Johnson, testified before the Senate Homeland Security Committee at his confirmation hearing last week. Senators also confirmed retired Gen. James Mattis in an overwhelming 98-1 vote to lead the Defense Department. Earlier in the day, Mr. Trump signed a waiver approved by Congress that allows Mattis to serve as the defense secretary, overriding a current law that doesn’t allow the confirmation of a Pentagon chief who has been within seven years of relief from duty.

Flake also discussed his support for Steven Mnuchin, the former Goldman Sachs executive who Mr. Trump has chosen to lead the Treasury Department.

When asked whether he was “fine” with Mnuchin, Flake, who is already facing critical ads in Arizona over his backing of a Wall Street financier deeply involved in the nation’s housing foreclosure crisis in 2008, responded in the affirmative.

In his CBSN interview, Flake also gave his reactions to Mr. Trump’s inaugural speech at the U.S. Capitol Friday.

“He sounded the same themes that he did during the campaign,” Flake said, noting Mr. Trump’s mentions of trade, protecting the border and economic growth. “I wouldn’t have expected anything else.”

Flake voiced some concerns on the president’s professed views on international trade deals, which Mr. Trump repeatedly vowed to roll back during his 2016 campaign.

Defending trade with Mexico as a benefit to his home state of Arizona, Flake said, “Obviously I want to see economic growth first and foremost. I think that comes more with trade.”