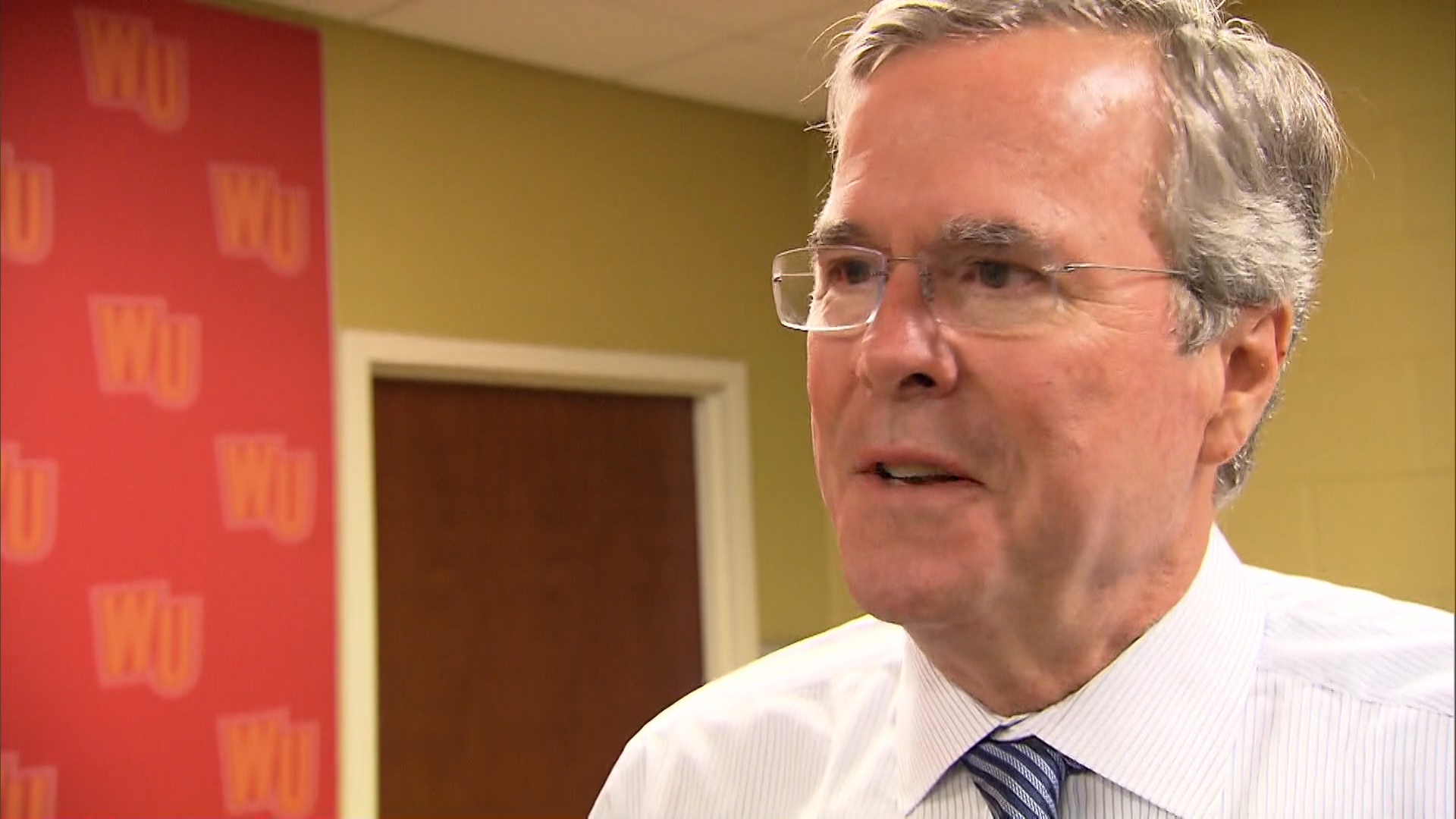 ROCK HILL, S.C. -- Former Florida Gov. Jeb Bush said Tuesday that birthright citizenship is a "constitutional right," casting doubt on fellow 2016 candidate Donald Trump's plan to do away with it.

"That's a constitutional right," Bush said. "Mr. Trump can say he's for this because people are frustrated that it's abused. We ought to fix the problem rather than take away rights that are constitutionally endowed."

Bush also dismissed Trump's proposals for a trade embargo with Mexico, a fence along the southern border, and his call to confiscate earnings sent from undocumented workers to their families back home.

"To withhold remittances from people living here that are sending it back to their families it's just not realistic," said Bush. "I mean the implementation of that is not practical. Create an embargo on Mexico, our third largest trading partner? That's not realistic to suggest you would do that. It is not realistic to create a fence in places where fences can't be built."

Bush trails Trump in all the early voting states and conceded Republicans have responded to the political novice's hard-edged immigration message.

"Our borders are not controlled, so they are frustrated," said Bush. "What we need is a concrete plan to fix it and I have those leadership skills and that is why I can talk about it."

"Dealing with the 11 million people that are here illegally in a way that is practical, that doesn't cost hundreds of billions of dollars and doesn't tear communities asunder," said Bush.

CBS News asked Trump's campaign to respond to Bush's many criticisms, but the campaign had no comment.