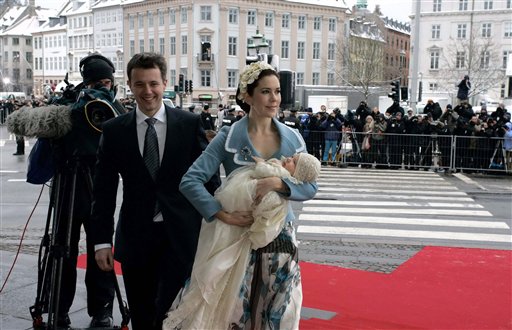 Karl Malone knew what everybody was calling him a phony, a fraud or worse.

Malone finally showed up for the Jazz when his team most needed him, and it was he, not Michael Jordan, who was making all the clutch shots as Utah defeated the Chicago Bulls 83-81 on Friday night in Game 5 of the NBA Finals.

And with the type of performance that he hadn't come up with until now, Malone delayed any plans the Bulls had of celebrating a sixth championship on their home court.

They had a chance at the end, but Jordan missed a high-arching 3-pointer at the buzzer to send the series back to Salt Lake City for Game 6 on Sunday night.

"I tried not to think about all that was said," Malone said. "Everybody had us written off. We needed to win a game and we did.

"If we continue as a team, we have a chance. We won the game as a team, not as Karl Malone."

Malone finally played the kind of dominant game that had been eluding him, scoring 39 points as Utah closed to 3-2 in the best-of-7 series.

He shot 17-for-27 from the field and scored 17 points in the third when the Jazz took the lead for good. But the Bulls didn't go quietly or without high drama.

Toni Kukoc flung up a knuckleball 3-pointer that swished through with 5.5 seconds left, making it 82-81, and Jeff Hornacek missed one of two foul shots with 1.1 seconds left.

The Bulls had one last shot, inbounding from midcourt, and the tension only increased as each team called one timeout as the last play was almost set to be run.

John Stockton deflected the first pass out of bounds, and the referees reset the clock from 0.3 to 0.8. Jordan then flung up a 3-pointer that hung high in the air but came up a foot short of the rim.

"No one knew what was going to happen, everyone anticipating a big shot, and that's the beauty of the game the unexpected finish of a game," Jordan said.

"I wanted the ball, but no one knew what would happen. Isn't that ironic, because that's the way things have happened throughout my career. Everyone wanted it to go, except the people in Utah."

The United Center crowd left in stunned silence, and the Jazz suddenly had new life. Still, they'll need two more wins to prevent the Bulls from winning what could be their last Jordan-era championship.

"They got what they deserved tonight," Jordan said. "Our heart and desire and determination was there, but our bodies didn't move like our minds were telling us.

"We've just got to let it go, forget about it kind of like losing by 42 points," he said, referring to the Bulls' historic blowout win in Game 3.

As Malone found the touch on his outside shot, the Jazz found another offensive option in Antoine Carr. The 36-year-old vetera scored 12 points after totaling just four in the first four games, and made two key free throws with 10.4 seconds left.

Jordan finished with 28 points but shot only 1-for-7 in the fourth. Kukoc was the player who carried Chicago offensively, scoring 30 points on 11-for-13 shooting to help make up for a dismal shooting night by Scottie Pippen, who went 2-for-16 with 11 rebounds and 11 assists.

The Bulls dropped to 5-4 in title clinching games.

Malone fed Carr for a jumper that made it 74-69 with 4:45 left, and Pippen was then called for an offensive foul. Malone backed in on Dennis Rodman and scored on an underhanded finger-roll perhaps his prettiest bucket of the night for a 76-69 lead.

But the Bulls weren't done.

Jordan's two free throws made it 76-71, and the Bulls had three chances to get even closer. But Jordan missed two jumpers, Pippen missed an easy tip and Carr hit a 17-footer to make it 78-71.

Malone made his final basket on a corner jumper, restoring the four-point lead, but fouled Kukoc from 3-point range with 18.9 seconds left. Kukoc made the first two foul shots but missed the third.

The Bulls scrambled to foul Carr with 10.4 seconds left, and the journeyman center stepped to the line for the biggest shots of his life.

They two shots made it 82-78, and it ended up being just enough.

With Malone again scoring almost at will against Luc Longley, it took until Rodman's first appearance of the night for the Bulls to catch up. Rodman entered after the Bulls fell behind 14-8, but they quickly caught up, with Kukoc as their only offensive weapon.

His 3-pointer with 2:16 left in the first tied the game at 14-all and gave the Croatian forward one of only four Bulls signed for next season 13 of Chicago's first 14 points.

The Jazz made their big run early in the third as they continually gave the ball to Malone and let their best player do what he could.

Malone finally responded, too, with 17 points in the quarter on 6-for-9 shooting in what was easily his finest 12 minutes of the series. In the first four games of the series, he shot just 32-for-73 44 percent with 17 turnovers and only one fourth-quarter field goal in games 2, 3 and 4 combined.

He had 31 points by the time the third quarter ended with Utah ahead 59-55, and the question was whether he could sustain it in the fourth. After all, he had scored only one basket in the fourth quarters of Games 2, 3 and 4 combined ad had shot just 32-for-73 44 percent with 17 turnovers in the series before Game 5.

"I realize all the stuff that was being said, and I was able to get away totally from basketball yesterday," Malone said. "We as a team knew this was do or die."

Malone hit his first shot of the fourth, and the Jazz went ahead by eight points three minutes in when Bryon Russell missed a breakaway dunk but the ball miraculously spun off the backboard and in.

The Bulls never completely caught them.

Notes: Rodman, Pippen, Malone, Stockton and Hornacek drew technical fouls. ... Utah committed 16 turnovers, although 14 were in the first half. ... The Bulls' other losses in title-clinching games happened twice in 1996 against Seattle and once in 1993 against Phoenix in Jordan's last game at Chicago Stadium. ... Eddie Vedder of the band Pearl Jam sang the national anthem, just as he did before Game 3.