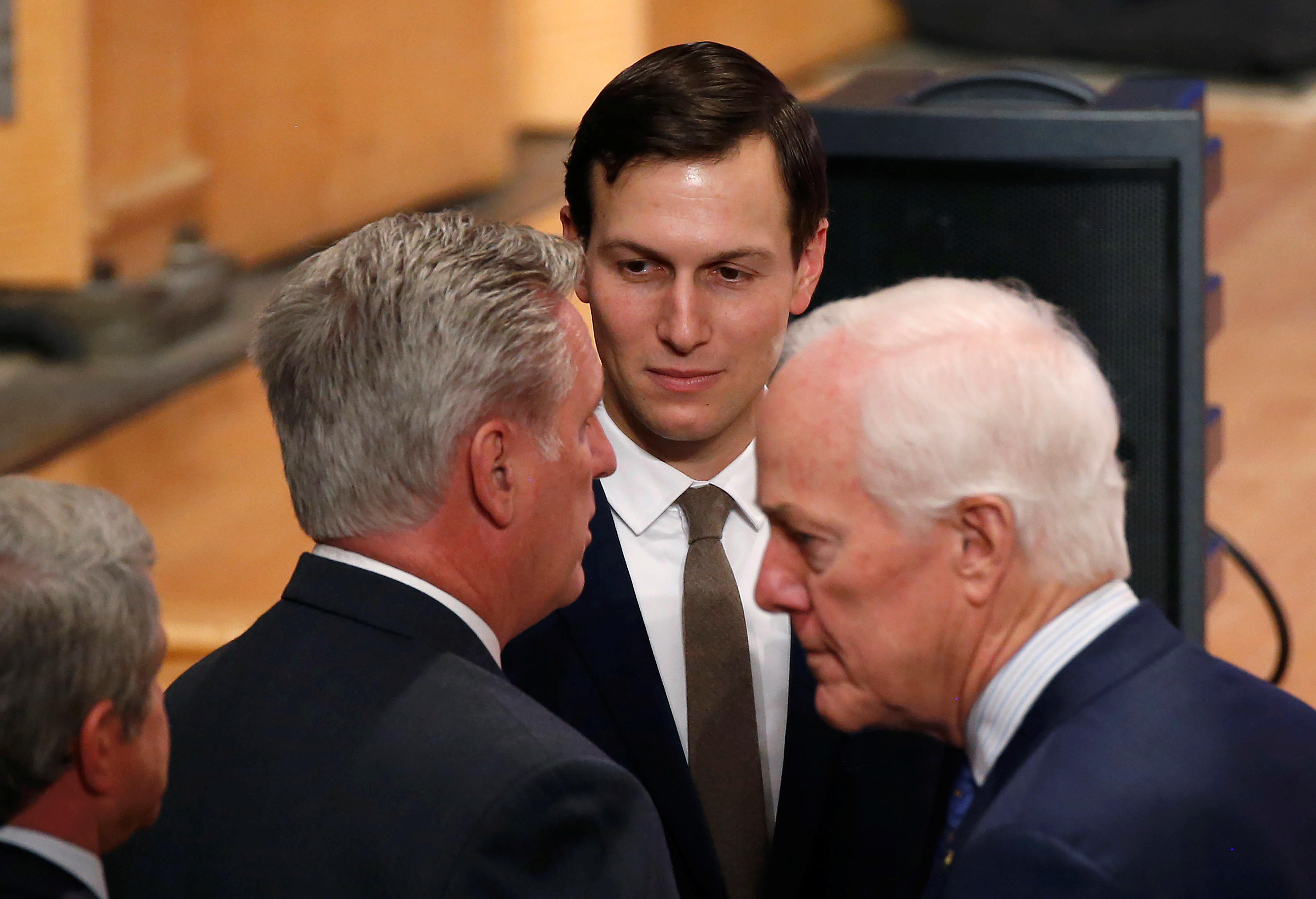 Kelly's new security standards apply to roughly three dozen people who learned that their access to highly classified information was downgraded as of Friday, Margaret Brennan reports, according to a source familiar with the process. Kushner maintains an interim security clearance -- the level of his clearance was simply downgraded, but it can be revisited at any time. Politico first reported the downgrading of Kushner's clearance.

Now, Kushner and other White House aides who had interim clearances allowing them to see documents classified at the highest level will no longer be allowed to view this level of material, in particular, documents with the "SCI" (secure compartmentalized information) designation. The highest classification they'll be allowed to access is the "secret" level.

It is not clear what specifically has held up Kushner's permanent security clearance. However, officials in the White House have been concerned that Kushner was "naive and being tricked" in conversations with foreign officials, some of whom said they only wanted to deal with Kushner directly and not more experienced personnel, Brennan reported, according to one former White House official.

Several officials throughout the national security and foreign policy team of the Trump administration have had concerns that Kushner is vulnerable to manipulation. Multiple officials have also carefully tried to counsel Kushner in private conversations as to when he might be taken advantage of because of his lack of experience. Such instances would include issues specific to China and the Mideast, particularly Saudi Arabia, the UAE and Qatar, as well as the Middle East peace process itself. Foreign officials have often reached out directly to Kushner and Ivanka Trump because they're highly responsive and provide a direct line to the president. They do not experience the same delays and protocol issues that come up when dealing with seasoned professional diplomats.

Kelly announced his crackdown on interim clearances after heightened scrutiny over Rob Porter, the president's former staff secretary, who vetted documents for the president to see. Although Porter had been employed by the White House since the beginning of the administration, the FBI had still not approved his permanent security clearance, amid allegations of domestic violence.

In a statement last week about Kushner, Kelly said that he would still be able to carry out his responsibilities, but he did not mention Kushner's security clearance.

"As I told Jared days ago, I have full confidence in his ability to continue performing his duties in his foreign policy portfolio including overseeing our Israeli-Palestinian peace effort and serving as an integral part of our relationship with Mexico," Kelly said.

If President Trump wanted to override Kelly on Kushner's clearance, that would be within his power. But when he was asked about it Friday, he said he would defer to Kelly.

"I will let General Kelly make that decision," Trump said at a press conference with the Australian prime minister. "I have no doubt he'll make the right decision."

A spokesperson for Kushner gave this statement to CBS News' Margaret Brennan:

As to his security clearance, Mr. Kushner has done more than what is expected of him in this process. Those involved in the process again have confirmed that there are dozens of people at Mr. Kushner's level whose process is delayed, that it is not uncommon for these clearance reviews to take this long in a new administration, and that the current backlogs are now being addressed.  No concerns were raised about Mr. Kushner's application.  As General Kelly himself said, the new clearance policy will not affect Mr. Kushner's ability to continue to do the very important work he has been assigned by the President.

Friday's decision is the first change to the clearance process instituted in the wake of the Porter debacle that will directly affect Kushner, who serves as a senior adviser to Trump and has until now had access to the president's daily brief, the most highly-classified document that Trump sees.

It was unclear whether Kushner would need access to top secret information to continue performing those duties -- and whether Kelly was prepared to enact a policy that could be perceived as a jab at the president's son-in-law.

The decision to downgrade White House still working on interim clearances, however, indicates that Kelly is prepared to impose the same sort of discipline on the White House clearance process that he has tried to impose on the West Wing staff more broadly.

"The American people deserve a White House staff that meets the highest standards and that has been carefully vetted -- especially those who work closely with the president or handle sensitive national security information," Kelly told colleagues in a memo circulated on Feb. 16. "We should -- and in the future, must -- do better."

Margaret Brennan and Katiana Krawchenko contributed to this report.