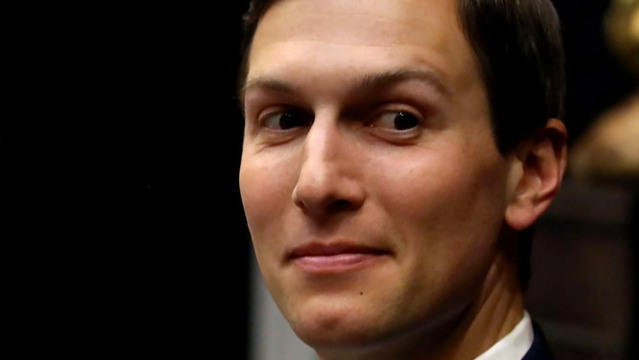 Jared Kushner, President Trump's son-in-law and senior adviser, was awarded the "Order of the Aztec Eagle" by Mexican President Enrique Peña Nieto on Friday, hours after Mr. Trump and Peña Nieto signed the U.S.-Mexico-Canada Trade Agreement. The ceremony took place in Argentina, where world leaders are gathered for the G20 summit.

Kushner received the "Aztec Eagle" for his work developing the trade deal between the U.S., Mexico and Canada, which was negotiated to replace the North American Free Trade Agreement. The Mexican government's press release on the honor praised Kushner in Spanish, saying that "Mr. Kushner's participation was a determining factor in starting the NAFTA renegotiation process and avoiding a unilateral exit by the United States from that treaty." Mr. Trump had repeatedly threatened to leave NAFTA before the USMCA was negotiated.

"While there has been a lot of tough talk, I have seen the genuine respect and care that President Trump has for Mexico and the Mexican people, and I do believe we have been able to put that in the right light," Kushner said.

The U.S. relationship with Mexico has been one of the issues under Kushner's purview as senior adviser. Kushner has developed a close relationship with current Mexican Foreign Minister Luis Videgaray, who has had an influence on American foreign policy. Videgaray personally made changes to Mr. Trump's speech announcing an executive order calling for the construction of a border wall in February 2017.