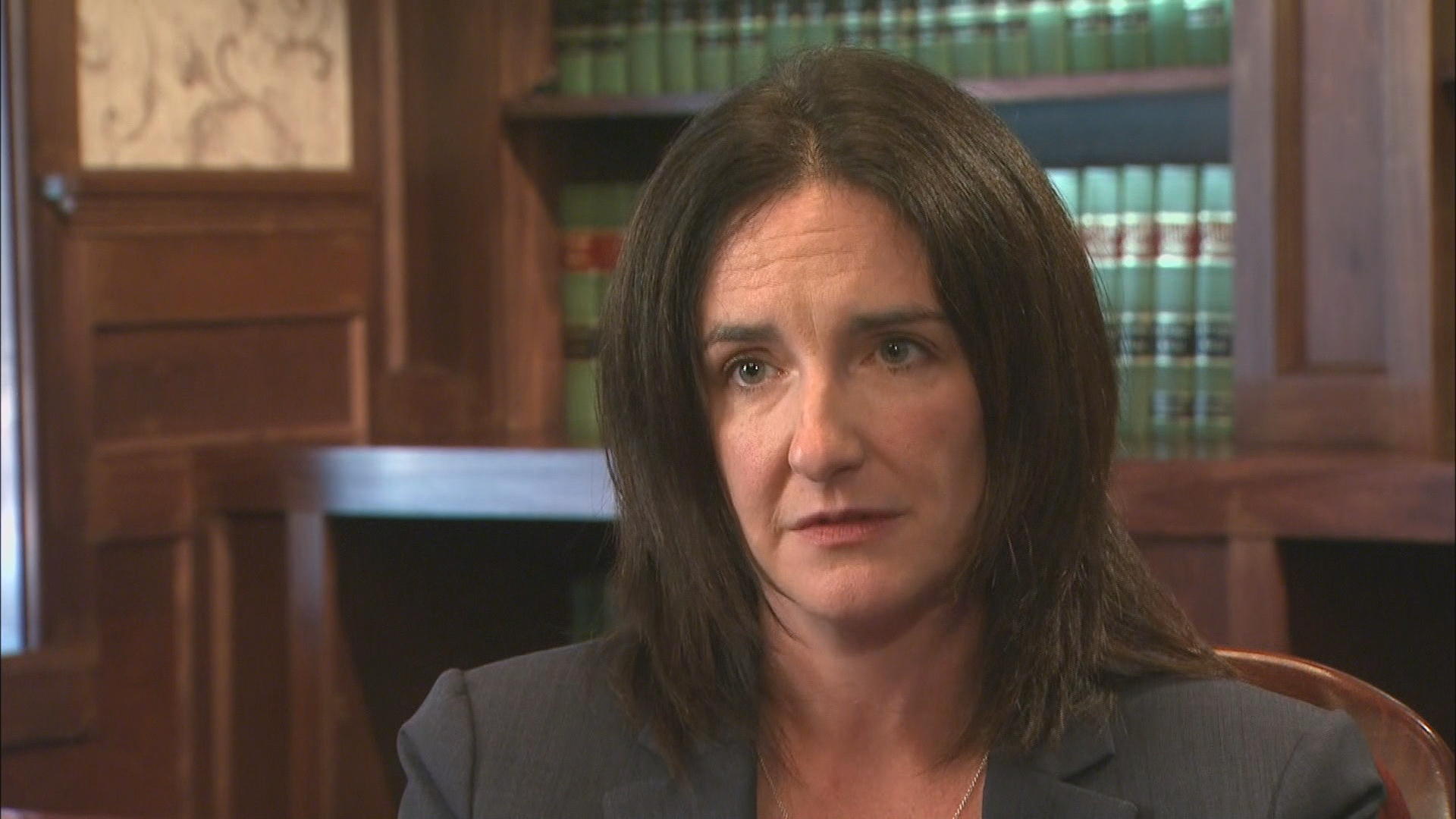 A community just outside Indianapolis where life is calm and peaceful for many, Zionsville, Indiana is the kind of place people come to raise their families. But for over a year now, Katie McLaughlin’s life has been anything but.

“You could look up every word in a dictionary or thesaurus for ‘horrible’ and none of them describe what this year has been like,” she said.

That year for Katie McLaughlin – formerly Katie Fogle, married to Subway spokesman Jared Fogle – began July 7, 2015, when the FBI showed up at the door of their home with a search warrant, looking for evidence her husband was a pedophile, reports CBS News correspondent Anna Werner.

“That’s how you found out about this?” Werner asked.

“That’s how I found out, yeah,” McLaughlin said.

Before the FBI knocked on her door, she said she “knew nothing about his involvement in anything.”

“They walked in and you’re just in shock,” McLaughlin said.

“Did you even understand what was happening?” Werner asked.

“No. No, I didn’t understand any of it to be honest,” McLaughlin said. “I mean you just -- you float out of yourself because the FBI shouldn’t be in your house.”

It was a swift fall for her husband, who until that point was a brand celebrity, known as the man who lost more than 200 pounds by eating Subway sandwiches. Now a criminal who pleaded guilty to having sex with minors and disturbing child pornography, he’s serving some 15 years in prison.

And McLaughlin’s life changed too. Six weeks after the FBI’s visit, she filed for divorce, then later, for sole custody of their two children, now aged three and five. All of it, she could never have imagined when she fell in love with Fogle.

“Do you love him now?” Werner asked.

“In my opinion, he took himself out of our lives and I -- I can’t even think about him at this point in my life,” McLaughlin said.

“Of course there’s anger. I mean anyone would have anger for a person who was supposed to do nothing but protect his children,” McLaughlin said.

Her anger is not limited to her ex-husband. She’s now suing Subway for negligence, saying in her filed complaint that the company was alerted to potential problems with Fogle on three occasions in 2004, 2008 and 2011 – the last, where a Florida journalist “made a complaint through Subway’s website” and later recorded conversations with Fogle, played on the Dr. Phil show after his arrest.

Yet, McLaughlin said she herself knew nothing.

“He had two lives going on. You know, he was home with the kids and I in one life and he was out on the road in a different life, and he was able to keep those two very separate in a way that I couldn’t even fathom,” McLaughlin said.

“You know there are people out there who will hear you and will say, ‘how could she not know?’” Werner said.

“There are going to be people out there who believe what they want to believe about me,” McLaughlin said. “I mean, how could anyone think that I would stay married to a man and have children with a man who was doing this? Of course I wouldn’t be there. Of course I wouldn’t stay with him. I did not know.”

But she believes Subway did know something.

“If he was so good at having this other life and lying to you, is it possible that he could’ve been just as good at lying to them?” Werner asked.

“No one ever brought me complaints. We know that there was at least one complaint brought to them that was mishandled,” McLaughlin said.

Subway told us it had no comment on the lawsuit. But in a statement to media outlets last year, the company said an internal investigation found the 2011 complaint to its website was “serious,” but “there was nothing that implied anything about sexual behavior or criminal activity” involving Fogle.

The company said at the time: “We regret that this comment was not properly escalated or acted upon.”

More recently, the company told site RadarOnline.com that their investigation showed “no evidence... of any prior issues” regarding Fogle.

“What did he take from you?” Werner asked.

One thing McLaughlin is sure of is that nothing happened with her children. She’s also accusing the sandwich chain over using characters designed to look like the couple and their children in a 2015 ad. She said they never obtained consent.

We reached out to Jared Fogle through his attorney to ask for an interview, but they declined.

“She’s saying they owed a duty to people like children, to report to the police. The problem is Subway is going to deny, Subway is going to say they knew nothing, and ultimately, if there is a correct plaintiff here, it’s one of the victims,” Klieman said.

But her allegation about the 2015 ad is a viable claim if they really did not have her consent.

“Indiana has the strongest law on this particular (issue). So she’s in good shape there,” Klieman said.