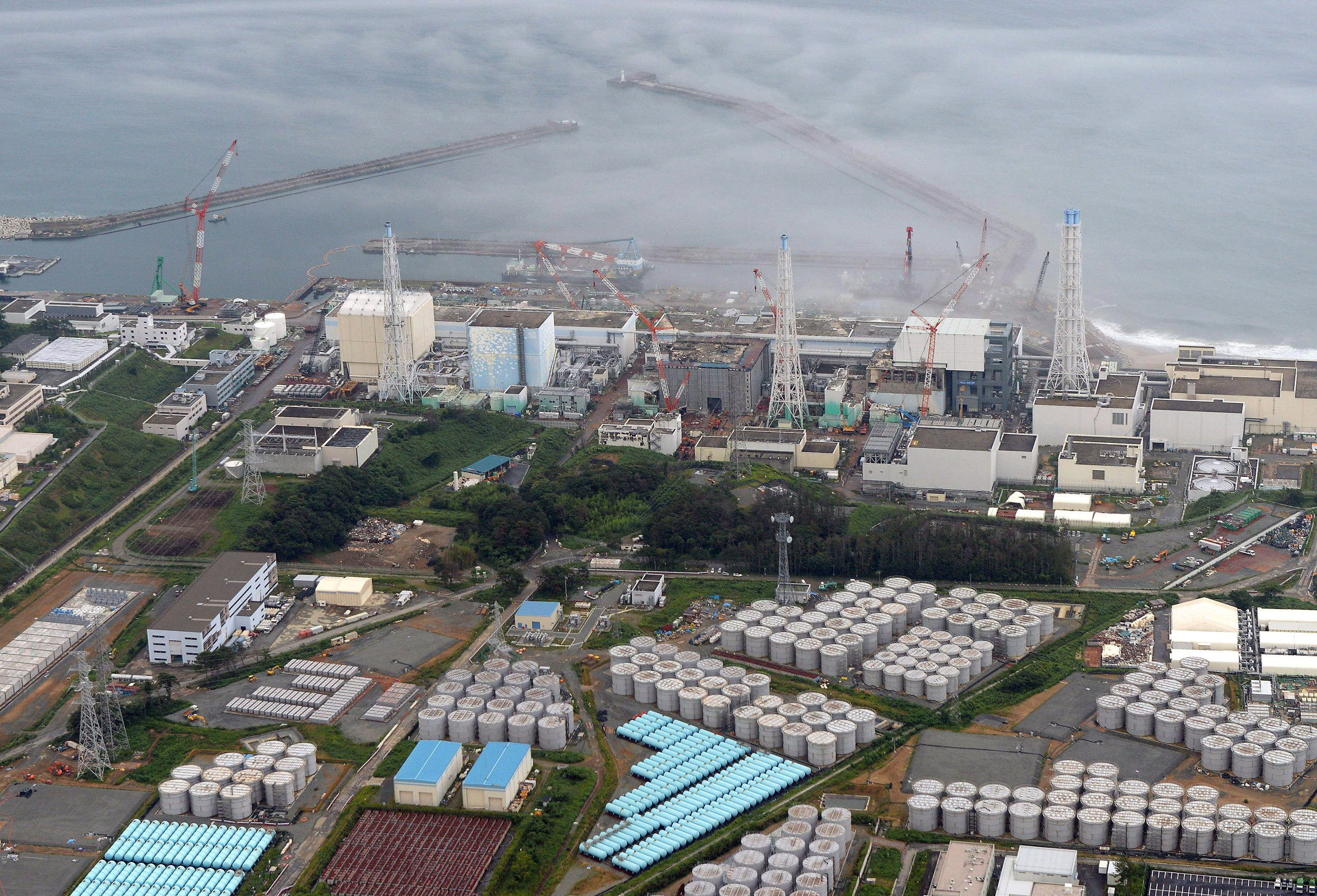 TOKYO The Japanese nuclear watchdog on Wednesday said they are taking the leakage of highly radioactive water at the crippled Fukushima nuclear power plant seriously, and proposed raising the rating to describe it from "an anomaly" to a "serious incident."

The operator of the plant said about 300 tons (80,000 gallons) of contaminated water has leaked from one of hundreds of steel tanks around the wrecked Fukushima Dai-ichi plant. Tokyo Electric Power Co. (TEPCO) hasn't figured out how or where the water leaked, but suspects it did so through a seam on the tank.

The leak, the fifth since last year involving tanks of the same design, also raised concerns that this could be the beginning a new disaster -- contaminated water leaking from storage tanks one after another.

"That's what we fear the most. We must remain alert. We should assume that what has happened once could happen again, and prepare for more," watchdog chairman Shunichi Tanaka told a news conference. "We are at a situation where there is no time to waste."

The watchdog proposed at a weekly meeting Wednesday to raise the rating of the leak to level 3 from an earlier level 1 on an International Nuclear and Radiological event scale of eight. The watchdog, however, plans to consult with the U.N. nuclear regulatory agency over whether it is appropriate to use the INES evaluation scale on the already wrecked Fukushima plant.

The watchdog also urged TEPCO to step up monitoring for leaks and take precautionary measures.

During the meeting, officials also revealed that plant workers have overlooked several signs of leaks, suggesting that their twice-daily patrols were largely just a walk. They have not monitored water levels inside tanks, missed a puddle forming at the bottom of the tank earlier, and kept open a valve on the anti-leakage barrier around the tanks.

TEPCO spokesman Masayuki Ono said the leaked water seeped into the ground after largely escaping piles of sandbags added to a concrete barrier around the tank. He said that because the tank is about 330 feet from the coastline, the leak does not pose an immediate threat to the sea.

But watchdog officials have cautioned that water could reach the sea via a drain gutter, urging the plant to step up water sampling.

Octopus is among the only seafood deemed safe enough to eat from these waters. For more than a year after the March 2011 earthquake and tsunami that destroyed Fukushima, they weren't allowed to fish at all.

In late July, they learned the Fukushima Daiichi nuclear plant was leaking radioactive water. Seventy-five-thousand gallons a day poured into the Pacific near where they'd just begun to fish again in June 2012. Most of the fish was considered too dangerous to eat.

"It seems like we took one step forward and as soon as things were getting brighter, the leakage put a damper on it," Hiroaki Adachi told CBS News.

Four other tanks of the same design have had similar leaks since last year. The incidents have shaken confidence in the reliability of hundreds of tanks that are crucial for storing water that has been funneled into the broken reactors to keep melted radioactive fuel cool.

The plant suffered multiple meltdowns following a massive earthquake and tsunami in March 2011 -- a level 7 "major accident," the highest on the INES rating and the worst since Chernobyl in 1986.

About 350 of some 1,000 steel tanks built across the plant complex containing nearly 300,000 tons (80 million gallons) of partially treated contaminated water are less-durable ones with rubber seams.

TEPCO says the tanks that have leaked use rubber seams that were intended to last about five years. Ono said TEPCO plans to build additional tanks with welded seams that are more watertight, but will still have to rely on ones with rubber seams.

Figuring out what to do with the radioactive water is among the most pressing issues affecting the cleanup process, which is expected to take decades.

The leaked water's radiation level, measured about two feet above the puddle, was about 100 millisieverts per hour -- the maximum cumulative exposure allowed for plant workers over five years, Ono said.

Contaminated water that TEPCO has been unable to contain continues to enter the Pacific Ocean at a rate of hundreds of tons per day. Much of that is ground water that has mixed with untreated radioactive water at the plant.

Workers were pumping out the radioactive puddle on the plant and the remaining water in the tank and will transfer it to other containers. By Tuesday afternoon they had captured only about 4 tons (1,000 gallons), Ono said.