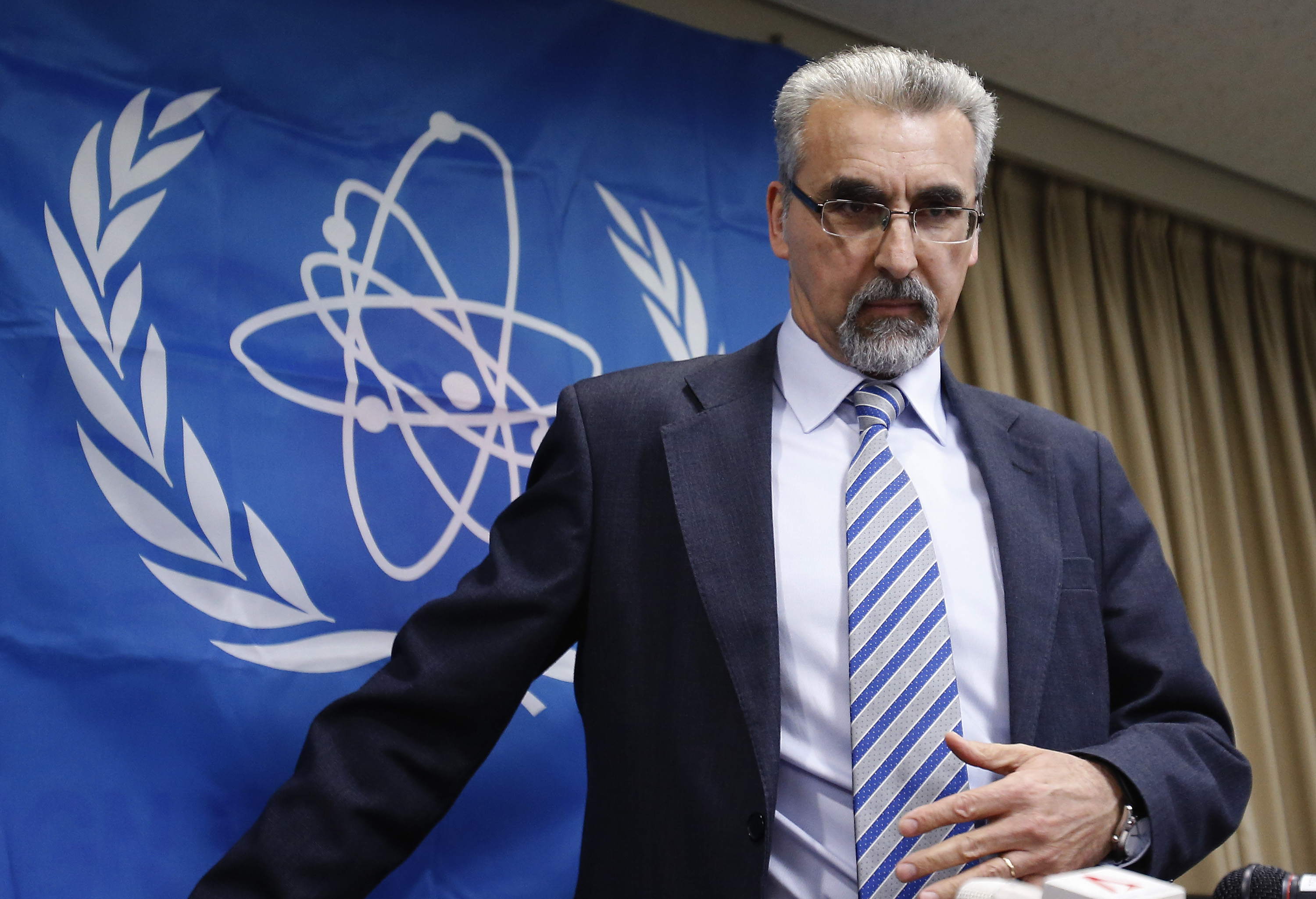 TOKYO A U.N. nuclear watchdog team said Japan may need longer than the projected 40 years to decommission its tsunami-crippled nuclear plant and urged its operator to improve plant stability.

The head of the International Atomic Energy Agency team, Juan Carlos Lentijo, said Monday that damage at the Fukushima Dai-ichi plant is so complex that it is "impossible" to predict how long the cleanup may last.

"As for the duration of the decommissioning project, this is something that you can define in your plans. But in my view, it will be nearly impossible to ensure the time for decommissioning such a complex facility in less than 30-40 years as it is currently established in the roadmap," Lentijo said.

The government and plant operator Tokyo Electric Power Co. have predicted the cleanup would take up to 40 years. They still have to develop technology and equipment that can operate under fatally high radiation levels to locate and remove melted fuel. The reactors must be kept cool and the plant must stay safe and stable, and those efforts to ensure safety could slow the process down.

"You have to adopt a very cautious position to ensure that you always are working on the safe side," Lentijo said.

Just over the past few weeks, the plant suffered nearly a dozen problems ranging from extensive power outages and leaks of highly radioactive water from underground water pools. On Monday, TEPCO had to stop the cooling system for one of the fuel storage pools for safety checks after finding two dead rats inside a transformer box. Earlier this month, a rat short-circuited a switchboard, causing an extensive outage and cooling loss for up to 30 hours.

Lentijo, an expert on nuclear fuel cycles and waste technology, warned of more problems to come.

"It is expectable in such a complex site, additional incidence will occur as it happened in the nuclear plants under normal operations," Lentijo said. "It is important to have a very good capability to identify as promptly as possible failures and to establish compensatory measures."

The IAEA team urged the plant operator to "improve the reliability of essential systems to assess the structural integrity of site facilities, and to enhance protection against external hazards" and promptly replace temporary equipment with a more reliable, permanent system.

The 12-member mission plans to release a report next month.

Among the most pressing issues recently was the leak of tons of highly radioactive water from three of seven underground storage pools into the soil. TEPCO and regulatory officials said none of it was believed to have reached the ocean. TEPCO has moved underground water from the pools to more reliable tanks.

The contaminated water storage has been a problem since early in the accident, but officials acknowledged this month that a lack of storage space has become a "crisis." TEPCO has promised to speed up building more reliable steel tanks and eventually empty the underground tanks, but the leaks will continue until then. Runoff from the three reactors melted in the aftermath of the March 2011 quake-tsunami and a steady inflow of groundwater seeping into the basement of their damaged buildings produce about 400 tons of contaminated water daily at the plant.

TEPCO says 280,000 tons of contaminated water has been stored in tanks on the plant, and the amount would double within a few years.