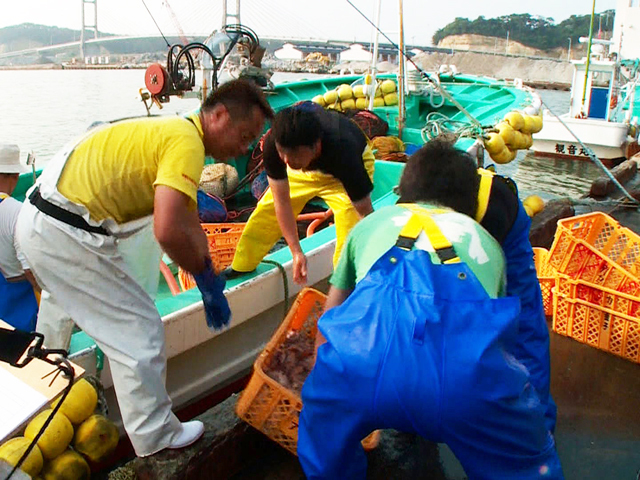 (CBS News) FUKUSHIMA, Japan -- There's been another leak at the Fukushima nuclear plant in Japan. Operators said Tuesday that 80,000 gallons of highly radioactive water escaped from a storage tank. That's on top of a massive leak that was discovered last month. All of this has devastated Japan's fishing industry.

The fishermen's haul on the day we met them was a good one -- good, at least, for fishermen in Fukushima.

Octopus is among the only seafood deemed safe enough to eat from these waters. For more than a year after the March 2011 earthquake and tsunami that destroyed Fukushima, they weren't allowed to fish at all.

In late July, they learned the Fukushima Daiichi nuclear plant was leaking radioactive water. Seventy-five-thousand gallons a day poured into the Pacific near where they'd just begun to fish again in June 2012. Most of the fish was considered too dangerous to eat.

"It seems like we took one step forward and as soon as things were getting brighter, the leakage put a damper on it," Hiroaki Adachi told us.

Before the earthquake, there used to be 400 fishermen in this association. Today there are just 130. But the really surprising number is they used to haul in around 19,000 tons of fish a year. Today they bring in just 300 tons -- that's just two percent of the catch.

With much of the catch still off limits, Hiroaki Adachi says he earns 10 percent of what he used to. To survive, he's relied on compensation payments from the Tokyo Electric Power Company, which owns the nuclear plant.

"Now, after the announcement of the leaking," he told us, "I have doubts that our fish is 100 percent safe to eat."

But the fishermen's collective in this prefecture, or county, of Japan tests all the fish they catch for radioactive cesium and other contaminants. So far, in one type of octopus, none have been detected.

Those test results are displayed along with the octopus at the local supermarket. Shopper Kazuko Matsui said she was confident enough to feed it to her grandchildren.

But the dangers are far more evident. Today only 16 types of fish are considered safe to catch here, compared with 150 types they caught before the disaster.