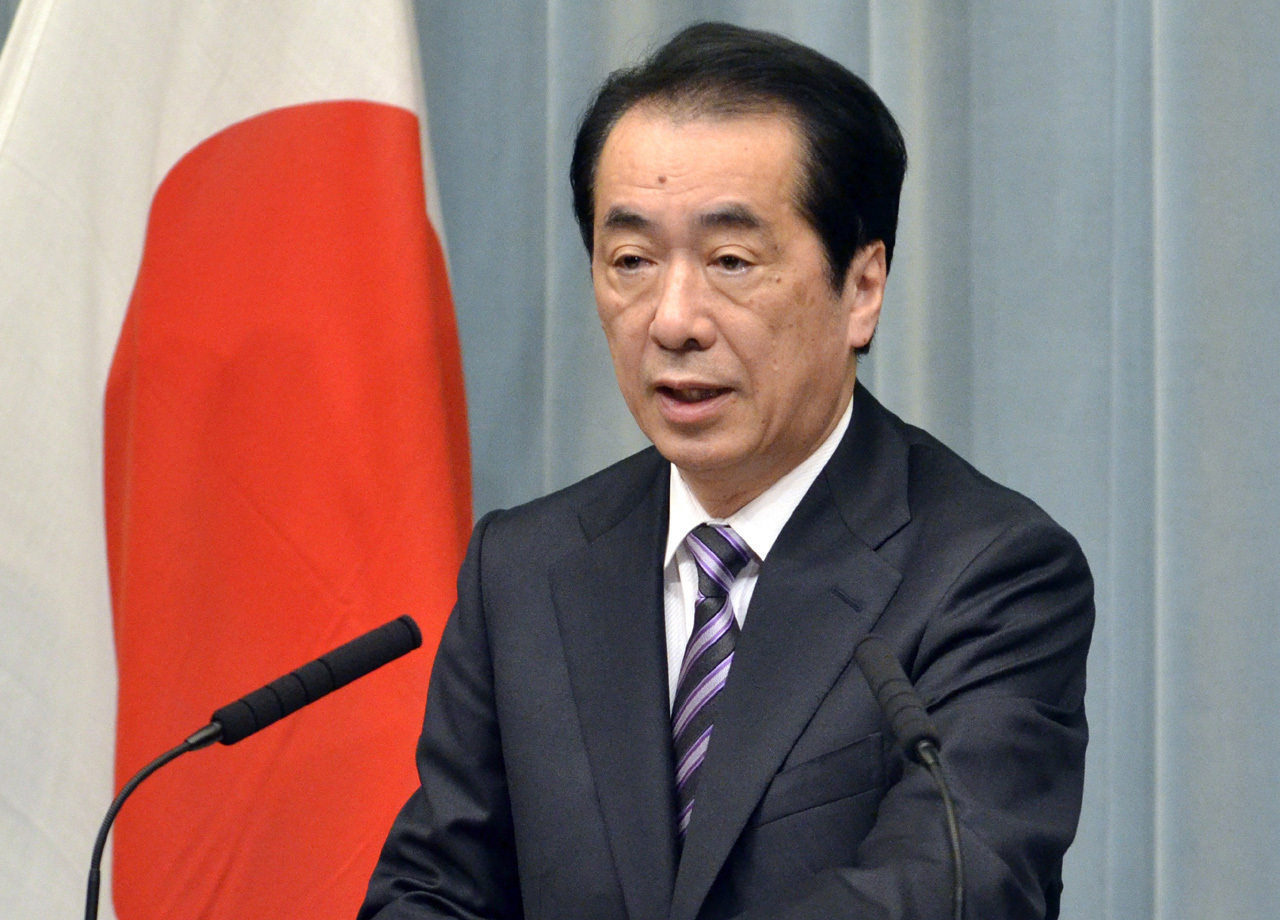 TOKYO — Japan urged a power company Friday to suspend all three reactors at a coastal nuclear plant while safety measures are taken to ensure damage from a major earthquake or tsunami does not cause a second nuclear accident.

Prime Minister Naoto Kan said at a news conference Friday evening the shutdown was requested for safety reasons, citing experts' forecast of a 90 percent probability of a quake with magnitude of 8.0 or higher striking central Japan within 30 years.

"It was a decision made after thoroughly considering people's safety," Kan told a news conference.

The government asked operator Chubu Electric Power Co. to suspend two running reactors and a third already shut for a regular inspection at the Hamaoka nuclear plant in Shizuoka, 155 miles west of Tokyo.

"If an accident occurs at Hamaoka, it could create serious consequences," Kan said.

A safety review of all Japan's 54 nuclear plants was prompted by the radiation crisis at the Fukushima Dai-ichi nuclear plant, which was crippled by the March 11 earthquake and tsunami that also left more than 25,000 people dead and missing on the northeast coast.

The Hamaoka plant is the only one so far where the government has asked that operations be halted until the utility can implement safety measures. Officials estimate the shutdown could last two years.

Since the March 11 disasters, Chubu Electric has drawn up safety measures that include building a 1.5-kilometer-long seawall along the nuclear plant over the next two to three years. The Hamaoka plant is just 100 meters off the Pacific coast.

"The height of the seawall is at least 12 meters. We have come up with this safety measure after the March quake and tsunami," said Takanobu Yamada, an official at Chubu Electric.

Kaieda said the utility company should halt operating its nuclear reactors while implementing such safety measures.

"Until the company completes safety steps, it is inevitable that it should stop operating nuclear reactors," Kaieda said.

"I pay my respect for the decision. We must do our utmost to secure alternative sources of energy," the governor said in a statement.

Above: Education Ministry officers check radiation levels in the town of Namie in Fukushima prefecture, May 3, 2011. (Yoshikazu Tsuno/AFP/Getty Images)

The plant serves around 16 million people in central Japan. Faced with a possible power crunch due to the shutdown, the prime minister sought public understanding.

"We will experience some power crunch for sure. But we can overcome this with public support and understanding," Kan said.

The region powered by the plant includes Aichi, where Toyota Motor Corp.'s headquarters and an auto plant are located.

The March 11 earthquake and tsunami damaged the Fukushima Dai-ichi nuclear plant, which lost its power and cooling systems, triggering fires, explosions and radiation leaks in the world's second-worst nuclear accident.

Radiation leaks from the Fukushima plant have forced 80,000 people living within a 12-mile radius to leave their homes. Many are staying in gymnasiums and community centers.

Residents in Shizuoka have long demanded suspension of the Hamaoka reactors.