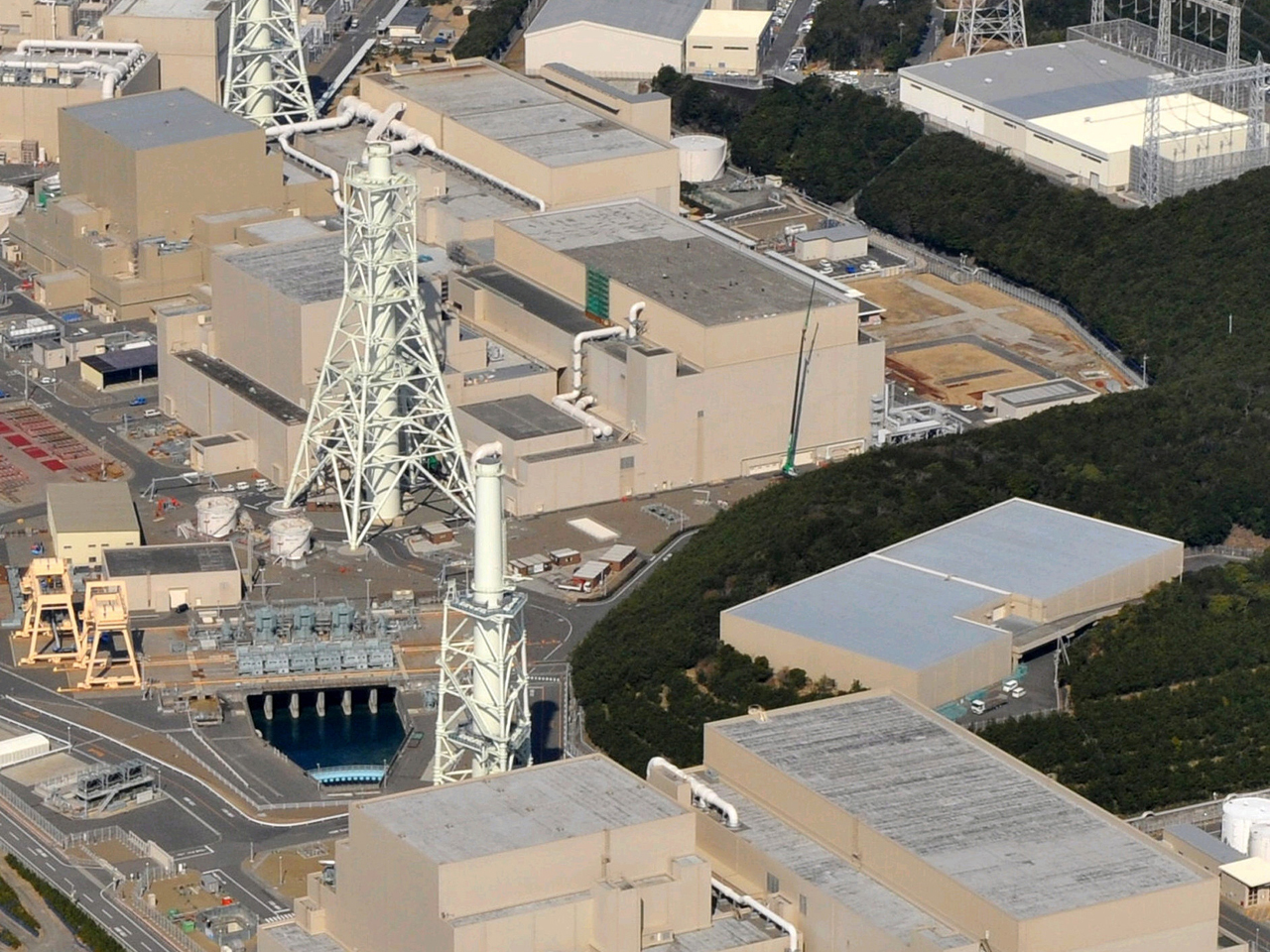 TOKYO - A Japanese utility agreed Monday to shutter three nuclear reactors at a coastal power plant while it builds a seawall and improves other tsunami defenses there.

Chubu Electric Power Co. acted at a special board meeting after Prime Minister Naoto Kan requested the temporary shutdown at the Hamaoka plant amid concerns an earthquake magnitude 8.0 or higher could strike the central Japanese region sometime within 30 years.

The government's decision came after evaluating Japan's 54 reactors for quake and tsunami vulnerability after the March 11 disasters that crippled the Fukushima Dai-ichi nuclear plant in northeast Japan. The Hamaoka facility sits above a major fault line and has long been considered Japan's riskiest nuclear power plant.

"We believe that our efforts to strengthen safety will restore trust among people in the region and society," he said at a news conference.

The utility will shutter the No. 4 and No. 5 reactors at the plant, Mizuno said. It will also indefinitely delay a planned resumption of the No. 3 reactor, which has been shut down for regular maintenance since late last year.

The plant's non-operating No. 1 and No. 2 reactors were slated for decommission before the disaster.

About 79,800 people live within a 6-mile radius of the Hamaoka plant about 125 miles west of Tokyo.

Nuclear energy provides more than one-third of Japan's electricity, and shutting the Hamaoka plant is likely to exacerbate power shortages expected this summer. The three reactors account for more than 10 percent of Chubu's power supply.

The Hamaoka plant provides power to central Japan, including nearby Aichi, home of Toyota Motor Corp. The potential electricity problems only add to the automaker's woes.

Like other Japanese automakers, Toyota was hit hard in its production capacity when the earthquake and tsunami devastated the country's northeast coast. The region is home to a network of key auto-parts suppliers whose plants were crippled by the natural disasters and subsequent electricity shortages.

Chubu Electric estimates electricity demand will climb to 25.6 million kilowatts per month during July and August when temperatures are highest. Without power from the Hamaoka plant, it is projecting "a very difficult" situation through the summer, Mizuno said.

"It was a very good decision," he said, adding that his administration would do its best to help Chubu avoid power shortfalls.

Minister of Economy, Trade and Industry Banri Kaieda said the government stands ready to provide financial support to the utility to cover related costs and losses.

Hiromasa Yonekura, head of the Nippon Keidanran, criticized Kan's unusually forceful request to Chubu Electric and expressed concern about the economic implications of the shutdown.

"I have no idea how (the government) studied it," Yonekura said, according to Kyodo. "How can he request it so suddenly?"

Since the March 11 disasters, Chubu Electric drew up safety measures that include building a 40-foot-high seawall nearly a mile long over the next two to three years, company officials said. Chubu also promised to install more emergency backup generators and other equipment and improve the water tightness of the reactor buildings.

The Hamaoka plant lacks a concrete sea barrier now. Sand hills between the ocean and the plant are up to 50 feet high, deemed enough to defend against a tsunami around 26 feet high, officials said.

The company said the reactors would be shut down after preparations are made, but it did not specify a target date. The government earlier estimated the improvements could take two years.

The operator of the Fukushima nuclear plant, Tokyo Electric Power Co., has said the tsunami that wrecked critical power and cooling systems there was at least 46 feet high.

The March 11 quake and tsunami left more than 25,000 people dead or missing on the northeast coast and triggered the worst nuclear crisis since Chernobyl in 1986.

At the Fukushima plant Monday, workers and nuclear inspectors briefly entered the No. 1 reactor building to monitor radiation levels, as part of preparations to install a cooling system in the badly damaged unit that had been off-limits for weeks due to high radiation levels.

Workers first entered the building last week to connect ventilation and air filtration equipment to try to reduce radiation in the air. The utility hopes to start allowing workers into the building for full-scale work soon.