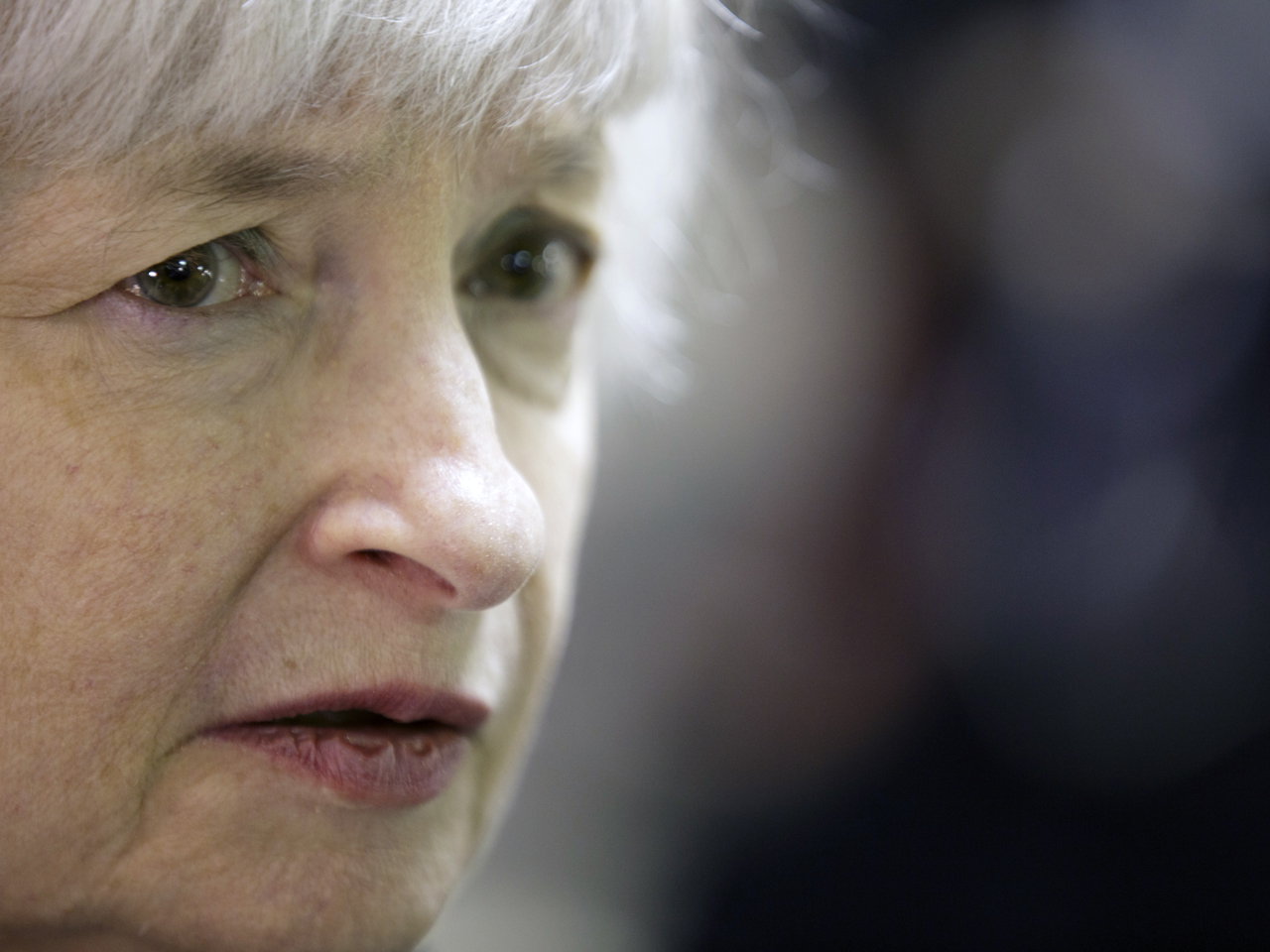 NEW YORK - Federal Reserve Chair Janet Yellen said Wednesday that the U.S. job market still needs help from the Fed and that the central bank must remain intent on adjusting its policy to respond to unforeseen challenges.

In her first major speech on Fed policy, Yellen sought to explain the Fed's shifting guidance on its interest-rate policy, which at times has confused or jarred investors. She said the Fed's policies "must respond to significant unexpected twist and turns the economy may make."

"Thus far in the recovery and to this day, there is little question that the economy has remained far from maximum employment," Yellen told an audience at the Economic Club of New York.

She said the Fed's forecast for moderate growth has changed little since last fall despite the severe winter. Fed officials still see only a gradual return to full employment over the next two to three years, Yellen said.

Yellen said the Fed continues to face challenges in its efforts to invigorate the economy's recovery from the Great Recession. It's been reducing its bond purchases, which have been intended to keep loan rates low to stimulate spending and growth. But the Fed has kept its benchmark short-term rate at a record low near zero since late 2008.

After taking over from Ben Bernanke on Feb. 3, Yellen presided over her first Fed meeting on March 18-19. At that meeting, the Fed pared its monthly bond buying by $10 billion for a third time to $55 billion. The Fed is expected to keep reducing the purchases at each meeting this year before ending them altogether by year's end.

Coca-Cola's market value drops $4 billion after Ronaldo's snub
At a news conference after the March meeting, Yellen had unsettled financial markets when she answered a question asking her to explain the Fed's commitment to keep short-term rates low for a "considerable time" after the bond purchases end.


Yellen said a "considerable time" could mean "something on the order of around six months." That startled investors, who viewed the comment as a signal the Fed might start raising rates by spring 2015, earlier than investors had been expecting. Many analysts don't think the first Fed rate hike will occur until late in 2015.

But in a speech in Chicago on March 31 and again in her remarks Wednesday, Yellen made clear that she thinks the still subpar economic recovery will continue to need the help of low rates for some time. An increase in short-term interest rates would elevate borrowing costs and could hurt stock prices.