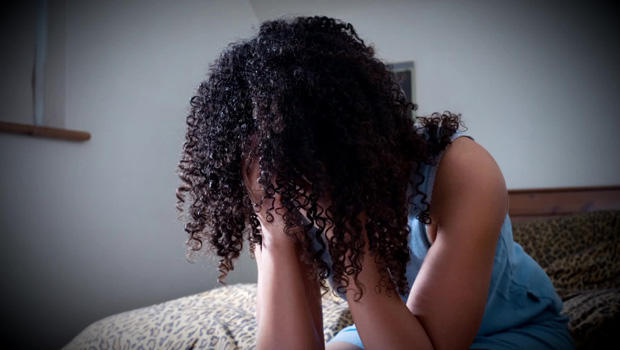 Twenty years ago this summer I was on the cusp of the biggest medical crisis of my life. It came as a big surprise.  No, not the fact of a medical crisis – I knew I wasn't immune from life. Everybody gets something.

The surprise was what it turned out to be. If there had been any history of mental illness in my family, no one had ever talked about it.

That summer, 20 years ago, I was being treated, no kidding, for hives when my first low-grade depression was first observed.  I've written about the connection in a memoir I subtitled "A Life Out of the Blue. " Because, a lot like this pandemic, it arrived out of the blue. I didn't see it coming. My own doctor was visibly surprised months later when he realized the patient he knew both from our visits and from TV was suffering bipolar depression.

So, when former first lady Michelle Obama recently described not feeling so good and then added the phrase "low-grade depression," of course I knew what she was talking about.

Apparently, a lot of us did.

Some are people like me, who might have a pre-existing medical vulnerability. Many more have been taxed to the limit by lockdown stress, family tensions, job loss, and everything else. And then, of course, the virus.

I don't give medical advice except to say the last person you should consult is a "celebrity." But for years, a lot of people have turned to me first. I've conducted a lot of "talk therapy" – on the street, or in the aisles of department stores, or outside a hair salon, where a woman once followed me out the door. Our sidewalk conversation began: "Should I get a haircut, I can't decide…?" I knew we were headed somewhere else. And sure enough, she said, "I can't make decisions any more. I think I might have what you have."

Countless worried people have told me stories they'd never told anyone before.

This is what I know: depression is a treatable medical condition. And talking about it doesn't make it go away, but it can be a big step forward.

There's an important new conversation underway. Not everyone will be ready to join in, but for the many Americans who have suffered silently in isolation, listening is a very good start.

Roughly one in 12 American adults reported symptoms of an anxiety disorder at this time last year; that has risen to more than one in three today, according to the National Center for Health Statistics.

A recent Kaiser Family Foundation poll reports that, for the first time, a majority of American adults believes the pandemic is taking a toll on mental health.

And a just-released report from the CDC indicates 11% of Americans seriously considered suicide in June.  That's double the percentage from 2018.  Rates were highest among those 18-to-24 years old, and unpaid caregivers for adults.

Official COVID health app that rules life in China is ripe for abuse
More
Thanks for reading CBS NEWS.
Create your free account or log in
for more features.
View CBS News In
CBS News App Open
Chrome Safari Continue
Be the first to know
Get browser notifications for breaking news, live events, and exclusive reporting.