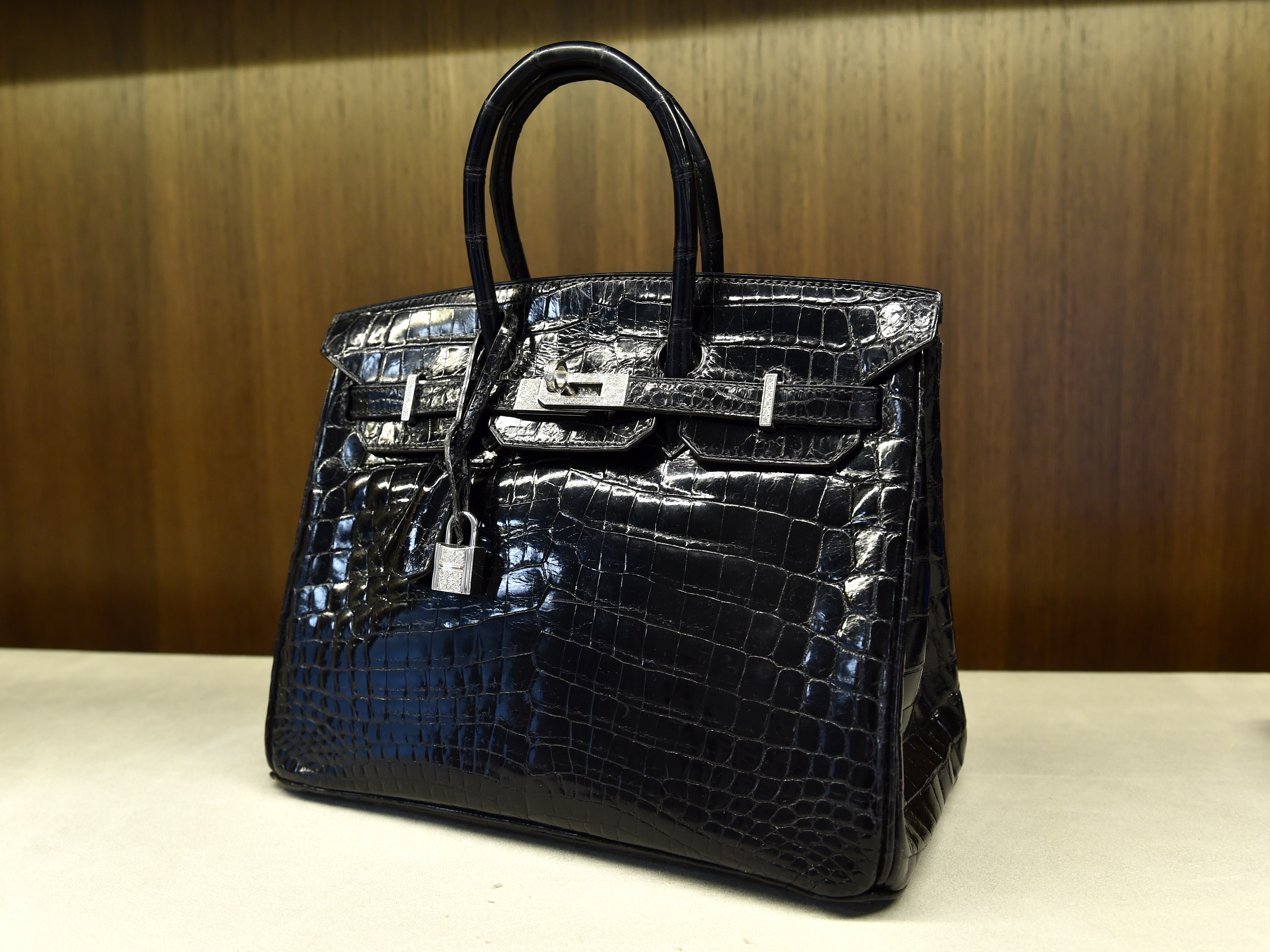 British actress and singer Jane Birkin is calling on French retailer Hermes to take her name off the crocodile-skin versions of the iconic Birkin handbag, after being contacted by People for the Ethical Treatment of Animals, which contends the fashion accessory is made with animals slaughtered inhumanely.

Apart from the tens of thousands of dollars spent on the fashion accessory sold by Hermes, thousands of crocodiles and alligators are killed each year to supply the company with skins used to make some Birkins, along with high-end wallets, belts, watchbands and shoes.

A PETA video from June shows several reptiles at a Texas farm that supplies crocodile skins to Hermes left twitching in a bloody ice container to die after being shot with a captive bolt gun and cut with a knife.

At Lone Star Alligator Farms in Winnie, Texas, an undercover PETA investigator found alligators living in small, concrete pits filled with foul-smelling water made murky with the animals' waste. The alligators could not all fit on a resting platform, so they were mostly in the water with their heads sticking up, with the skin of their jaws irritated, said one PETA investigator, who spoke on condition of anonymity to avoid jeopardizing future probes.

Birkin said in a statement obtained Wednesday that she was "alerted to the cruel practices ... to make Hermes handbags carrying my name" and has "asked Hermes to de-baptize the Birkin Croco until better practices in line with international norms can be put in place."

The Birkin bag was created in 1984 by Hermes in honor of the famed singer and ex-girlfriend of Serge Gainsbourg, and is, still today, one of the world's most exclusive luxury items.

The bag is beloved by stars such as Victoria Beckham and comes in calf, ostrich, lizard as well as crocodile. It can cost between $10,000 and over $100,000, with waiting lists to buy it famously stretching into the years.

PETA said it takes three crocodile belly skins to make one handbag. In their expose, at the Lone Star Alligator Farms in Winnie, Texas, PETA shows employees referring to live crocodiles and alligators as "watch straps."

"We call on Hermès to stop plundering wildlife, factory-farming crocodiles and alligators and slaughtering them for their skins," PETA founder Ingrid Newkirk said in a statement. "Once, Birkin bags marked people as celebrities or at least members of the super-rich, but soon, no one will want to be caught dead carrying one, and animal advocates will then breathe a sigh of relief."

Contacted by The Associated Press, Hermes said it "respects and shares (Birkin's) emotions" and was "shocked by the images recently broadcast." An investigation, it says, is underway.

While the fashion powerhouse acknowledges that the Texas farm supplies it with crocodile skins, Hermes says they aren't used specifically for the Birkin bag. Hermes also uses croc for watchstraps and other bags.

Is this the grim future of air travel?