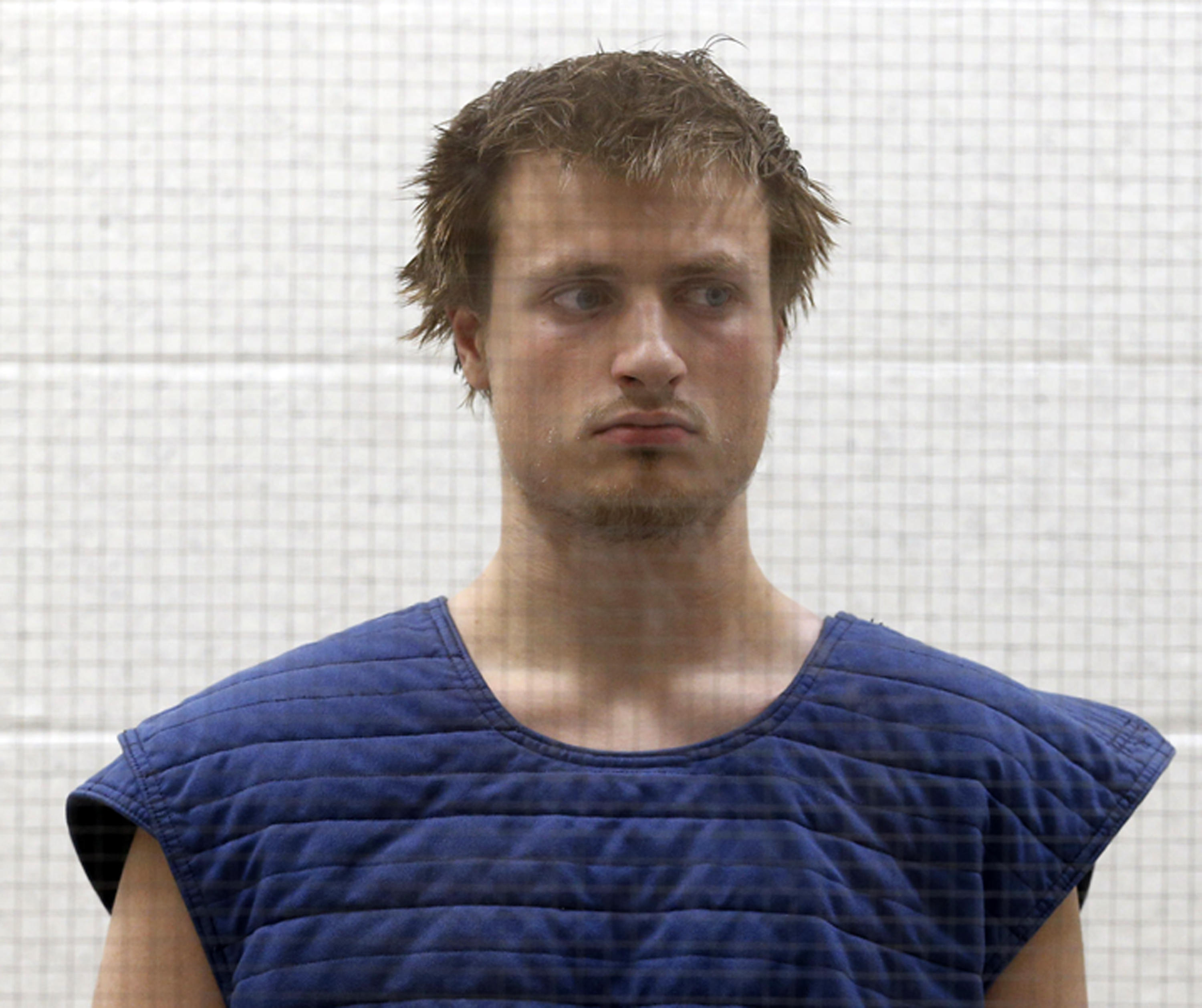 LOS ANGELES -- An Indiana man who told police he was headed to a gay pride event in California and was found with a loaded assault rifle and chemicals mixed and ready to explode in his car has pleaded not guilty to weapons charges.

James Wesley Howell, of Charlestown, Indiana, was also charged Tuesday with possessing a destructive device. His attorney declined to comment.

Authorities say Howell, 20, was stopped in Santa Monica in July with a loaded AR-15 rifle and magazines rigged to allow shots to be fired in quick succession. They say he also had 15 pounds of chemicals mixed and ready to explode.

Howell said he was going to a gay pride event in West Hollywood.

Howell was arrested the same day 49 people were killed at a gay nightclub in Florida.

It’s unclear whether Howell intended any violence at the Los Angeles Pride event, but his arrest put police and event organizers on heightened alert.

Friends in Indiana have described Howell as a gun enthusiast with a short temper. In October, he was twice accused of pulling a gun and making threats, once against a boyfriend and once against a neighbor.

Howell was convicted in April 2016 of misdemeanor intimidation for the incident with his neighbor. Under the terms of his probation, he was not allowed to have weapons or leave Indiana.

Howell is also facing a child molestation charge filed in June last year in Indiana -- allegations that apparently spurred his cross-country journey to California, according to a prosecutor.

If convicted on the molestation charge, the Indiana man could face up to 16 years in prison.

Clark County Prosecutor Jeremy Mull told The Associated Press in June that Howell took a 12-year-old girl to a state forestry property May 31 and had sex with her.

The girl’s mother reported the allegations to police on June 2 after learning about them.

CBS affiliate WTTV reported that, according to court documents, Howell was friends with the 12-year-old girl’s brother. The brother’s girlfriend told authorities she confronted Howell about the incident. She reported Howell told her he was a “sociopath with an automatic” and he would take out anybody, including the cops, if they tried to come to his house and arrest him, stated court papers.

Mull said Howell was interviewed on June 7 by a police detective in the molestation case and apparently left Indiana at some point after speaking to the officer.

He said it’s a “logical conclusion to draw” that Howell traveled to California to flee the child molestation investigation. But he said he didn’t know what Howell’s intentions were in California.

“He did flee and go to California, where he was apprehended on June 12. So there was a very short window of time between the time he became aware he was under investigation here and when he ended up in California,” Mull said.

He said he intended to have Howell extradited to Indiana to face the molestation charge.