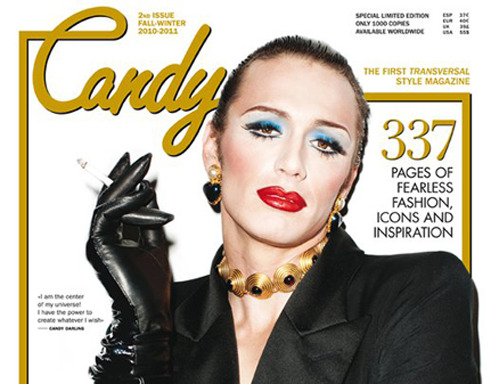 NEW YORK (CBS) James Franco is getting in touch with his feminine side by posing in drag for the fall issue of Candy magazine.

On its website, Candy hails itself as "the first transversal style magazine ever completely dedicated to celebrating transvestism, transexuality, cross dressing and androgyny, in all its manifestations."

Franco, who can currently be seen as Alan Ginsberg in "Howl," recently graced the October cover of Advocate magazine, in which he denied rumors that he was gay.

"I'm going to do projects that I want to do," he told the magazine. "Everyone thinks I'm a stoner, and some people think I'm gay because I've played these gay roles. That's what people think, but it's not true. I don't smoke pot. I'm not gay. But on another level, there's something in me that is able to play roles like that in a way that's convincing."