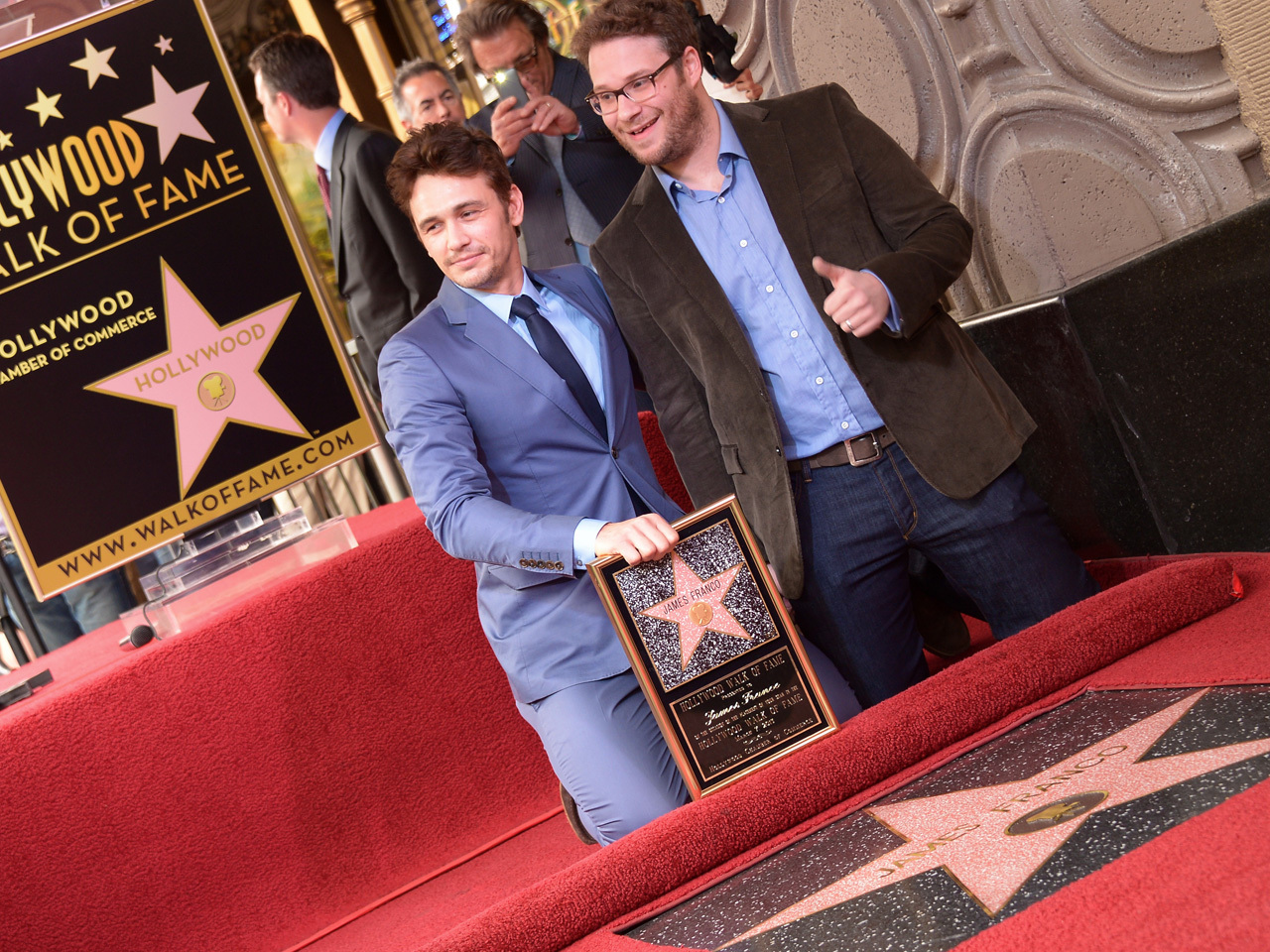 With friend Seth Rogen by his side, actor and one-time Oscars host James Franco received a star on the Hollywood Walk of Fame Thursday.

For Franco, it was a dream come true.

"When I got to L.A., I'd come here and see the stars and it just seemed like it was something that was part of the city and you would never crack that, it was part of Hollywood history," he told the crowd at the unveiling, "It' still baffling that my name will be there."

Franco, 34, got his start in 1999 with the Judd Apatow-produced TV series "Freaks and Geeks" (also starring Rogen) before branching out to film roles in movies such as "Milk," "Rise of the Planet of the Apes," and the first "Spider-Man" trilogy. In 2011, he earned a best actor Oscar nomination for his performance in the survival drama "127 Hours."

Franco's star is located at 6838 Hollywood Boulevard in front of the historic El Capitan Theatre -- an area his pal Rogen is all to familiar with.

"I've actually thrown-up right there," Rogen revealed at the ceremony, "It's a good spot."

In addition to Rogen, Franco's mother, Betsy, and "Spider-Man" director Sam Raimi were also in attendance.

Franco's star is the 2,492nd on the Hollywood Walk of Fame.

His latest film, "Oz The Great and Powerful," is now playing in theaters.