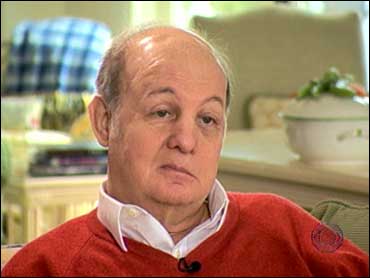 A quarter of a century has passed since Ronald Reagan was sworn in as president – and it's been almost as long since a lone gunman forever changed the lives of a top White House aide and his wife.

These days, Sarah and Jim Brady live quietly, far from Washington. But 25 years ago this week, Ronald Reagan became president – and Jim Brady was his press secretary.

"All of a sudden, you are going to the White House going to parties," says Sarah Brady. "I think both Jim and I were on top of the world. Unfortunately, it only lasted three months."

On a grey March morning, as the presidential party left a hotel, John Hinckley Jr. fired six shots, wounding the president, a secret service agent, a D.C. police officer – and most seriously of all, Jim Brady.

Brady confesses that there were times when he didn't think he would make it.

"Those weren't the happiest times," he says.

At first, doctors didn't think Brady would live. The hollow-point "devastator" bullet had exploded the right frontal lobe of his brain. But neurosurgeon Arthur Kobrine was able to save him.

Brady says he had a difficult time with physical therapy. "That was not my golden hour," he says.

"Was it difficult in the beginning? It was difficult as hell," says Sarah Brady.

After years of therapy and dozens of medical crises, Brady has done far better than doctors expected, though he remains paralyzed on his left side.

John Hinckley, Jr. was 25 when he fired the shot that changed Jim Brady's life. He hoped that his act would impress actress Jody Foster. Hinckley was found not guilty by reason of insanity in 1982 and has been confined to a mental hospital since.

"He scares me," Jim Brady says of Hinckley, "cause he doesn't have 52 cards in his deck. He didn't the day that he shot at us. He got six rounds off and hit four of us."

Still, Brady says he tries hard not to be bitter.

"Well, it's not classy to be bitter and I try to be classy as you know," he says.

Last month, a federal judge granted Hinckley – who has been allowed occasional one-day outings – multiple three- and four-night visits to his parents. They live 150 miles from Washington in Williamsburg, Va., where Sarah Brady went to college and has many friends.

"He wouldn't be dangerous. I mean, I'm not worried about that. I'm sure he's well-medicated. Of course, the good old secret service will be watching," Sarah Brady says. "It's not danger, it's a reminder. I mean, imagine sitting at a restaurant with your friends and having him walk in. I mean, that's another intrusion into our lives."

Yet Sarah Brady says she is not angry.

"It's over, it happened and there is nothing we can do about it," she says.

The Brady's embraced life as it was – speaking out and traveling on behalf of stronger gun laws and winning passage of the "Brady Bill." They did it together.

The couple says they cannot imagine going through the last 25 years without each other.

"He has been for me the most fun and the greatest inspiration I have, no matter what," Sarah Brady says.

"Kobrine saved me physically," Jim Brady says, "and she saved me emotionally."