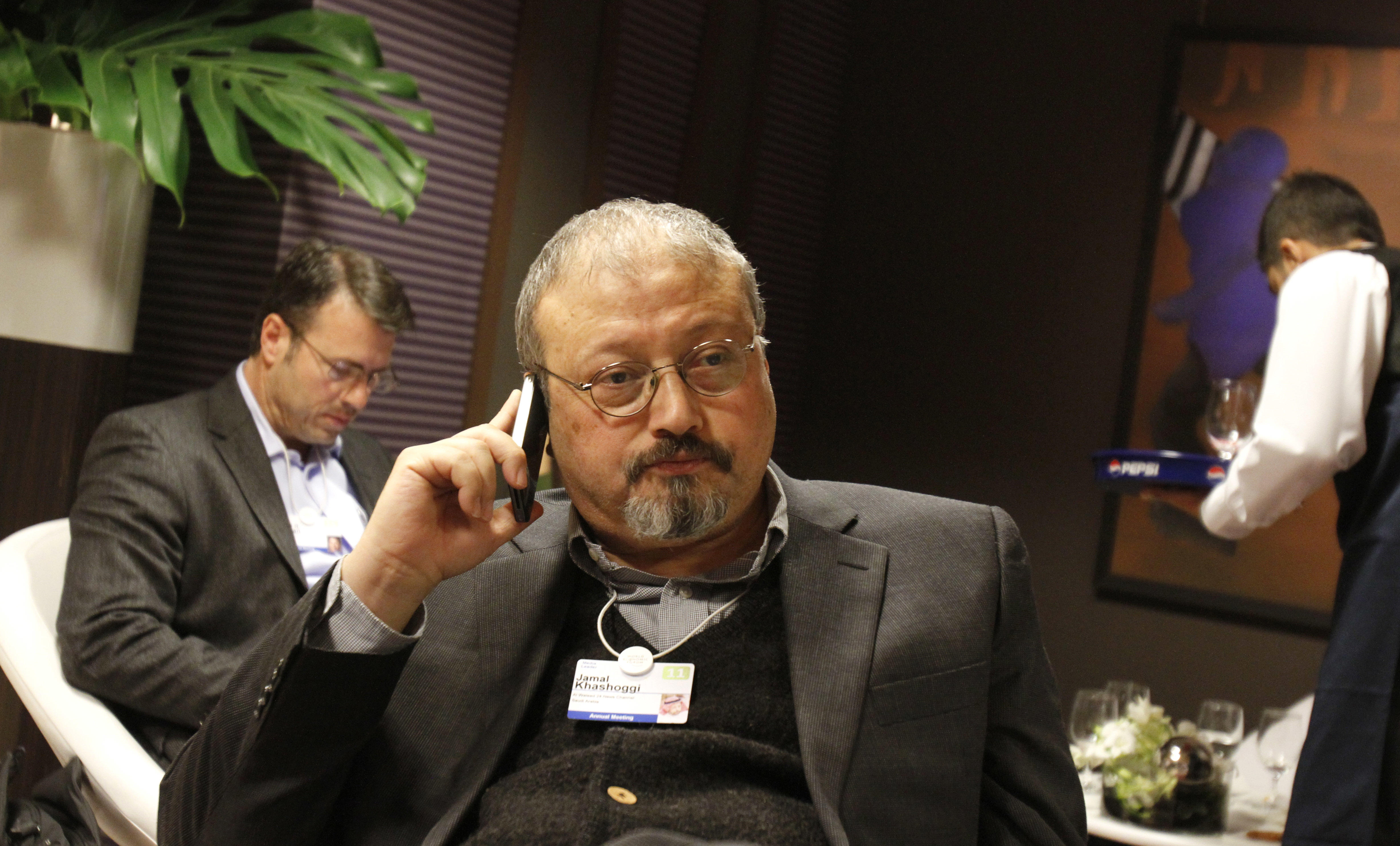 DUBAI, United Arab Emirates – A Saudi journalist who has written Washington Post columns critical of the kingdom's assertive crown prince has gone missing after visiting the Saudi Consulate in Istanbul, the newspaper said Wednesday. Jamal Khashoggi's personal website bore a banner saying "Jamal has been arrested at the Saudi Consulate in Istanbul!" without elaborating.

The Post said the journalist's friends were worried "after losing contact with him" Tuesday following his visit to the consulate.

Saudi officials in both Washington and Riyadh did not immediately respond to requests for comment from The Associated Press. However, 33-year-old Crown Prince Mohammed bin Salman's rise to power has seen a slew of businessmen, politicians and activists detained.

"We have been unable to reach Jamal today and are very concerned about where he may be," The Post's international opinions editor, Eli Lopez, said in a statement. "It would be unfair and outrageous if he has been detained for his work as a journalist and commentator ... We hope that he is safe and that we can hear from him soon."

Khashoggi, 59, is a longtime Saudi journalist, foreign correspondent, editor and columnist whose work has been controversial in the past in the ultraconservative Sunni kingdom. He went into a self-imposed exile in the United States following the ascension of Prince Mohammed, now next in line to the throne to his father, the 82-year-old King Salman.

As a contributor to the Post, Khashoggi has written extensively about Saudi Arabia, including criticizing its war in Yemen, its recent diplomatic spat with Canada and its arrest of women's rights activists after the lifting of a ban on women driving.

"The arrests illuminate the predicament confronting all Saudis. We are being asked to abandon any hope of political freedom, and to keep quiet about arrests and travel bans that impact not only the critics but also their families," Khashoggi wrote in a May 21 column for the Post. "We are expected to vigorously applaud social reforms and heap praise on the crown prince while avoiding any reference to the pioneering Saudis who dared to address these issues decades ago."

On Tuesday, Khashoggi entered the consulate to get paperwork he needed in order to be married to his Turkish fiancée next week, leaving her outside with his mobile phone, a friend of the writer told The Associated Press. Embassies throughout the Middle East routinely require phones to be left outside as a security precaution.

BBC News reports his fiancée said she waited outside the consulate until it closed, and Khashoggi had not returned. "I don't know what's happening. I don't know if he's inside or if they took him somewhere else," she told Reuters.

Turkish police later came to the consulate and reviewed footage from two surveillance cameras outside that they said showed Khashoggi entered the building, but never left, the friend said. A Turkish security official said Wednesday that authorities were in discussions with Saudi consular officials about Khashoggi's situation.

"Our efforts are continuing," the official said, without elaborating. The official spoke on condition of anonymity in line with regulations that bar officials from speaking to journalists without prior authorization.

Khashoggi was known for his interviews and travels with Osama bin Laden between 1987 and 1995, including in Afghanistan, where he wrote about the battle against the Soviet occupation. In the early 1990s, he tried to persuade bin Laden to reconcile with the Saudi royal family and return home from his base in Sudan, but the al Qaeda leader refused.

Khashoggi maintained ties with Saudi elite and launched a satellite news channel, Al-Arab, from Bahrain in 2015 with the backing of Saudi billionaire Prince Alwaleed Bin Talal. The channel stayed on the air for less than 11 hours before being shut down. Its billionaire backer was detained in the Ritz Carlton roundup overseen by Prince Mohammed in 2017.

"Presently, Saudi citizens no longer understand the rationale behind the relentless wave of arrests," Khashoggi wrote in an Aug. 7 column. "These arbitrary arrests are forcing many into silence, and a few others have even quietly left the country."

He offered this advice to the kingdom: "There is a better way for the kingdom to avoid Western criticism: Simply free human rights activists, and stop the unnecessary arrests that have diminished the Saudi image."