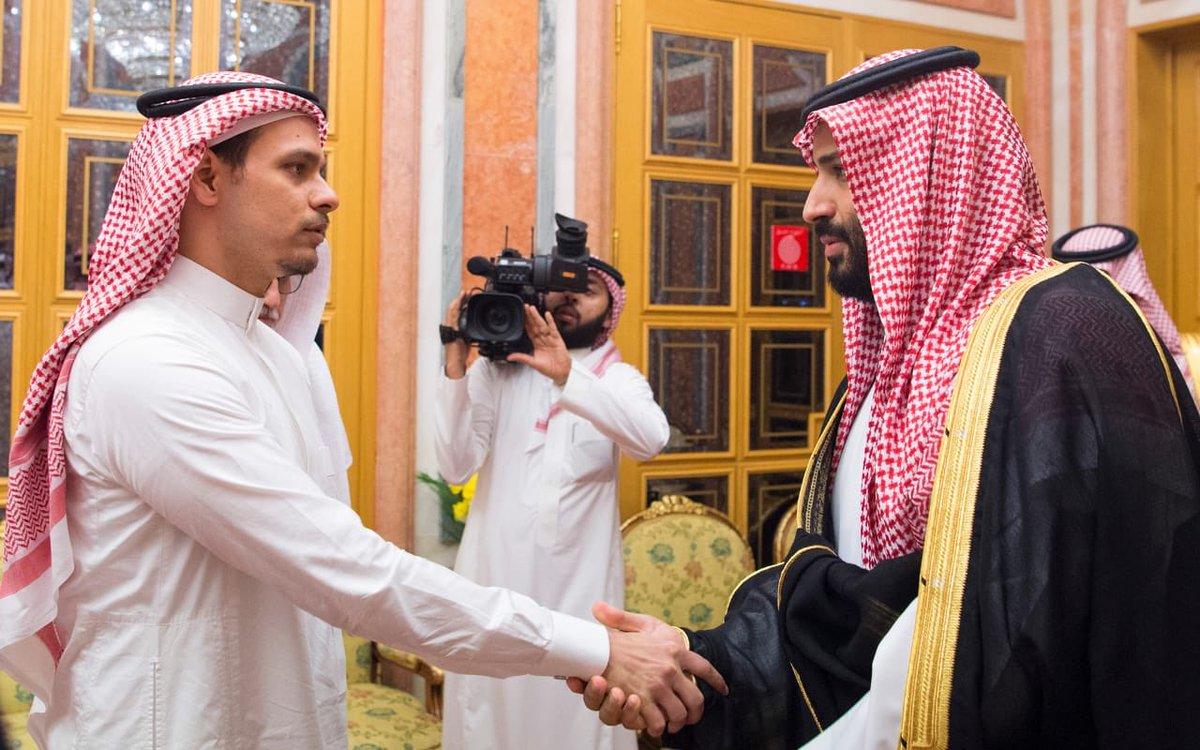 ANKARA, Turkey -- The Saudi officials who killed journalist Jamal Khashoggi in their Istanbul consulate must reveal the location of his body, Turkey's president said Friday in remarks that were sharply critical of the kingdom's handling of the case.

With Ankara keeping the pressure on the Saudis to reveal the full truth, the world waited to hear President Donald Trump's assessment of evidence the Turks shared with CIA Director Gina Haspel this week.

Turkey has other "information and evidence" about the killing by Saudi officials after Khashoggi entered the consulate on Oct. 2, and it will eventually reveal that information, President Recep Tayyip Erdogan said on Friday without elaborating.

"There is no point in being too hasty," he said in an indication that Turkey is prepared to maintain pressure on Saudi Arabia, even as the kingdom struggles for ways to end the crisis.

Erdogan said Saudi Arabia's chief prosecutor would arrive in Turkey on Sunday as part of the investigation and will meet with Turkish counterparts.

CIA director Gina Haspel was in Turkey earlier this week to review evidence, and she briefed President Trump in Washington on Thursday.

What Trump called "one of the worst cover-ups in the history of cover-ups" was revealed to the world by Turkish leaks of information, including references to purported audio recordings of the killing, and security camera footage of the Saudi officials who were involved as they moved around Istanbul.

Officials have confirmed to CBS News that Haspel did hear audio recordings allegedly depicting the murder while she was in Turkey this week, but it remains unclear how convincing she considers the evidence presented to her.

Key mysteries remaining include whether the killing was carried out with the knowledge of the crown prince, who denies it, and the location of Khashoggi's body.

"It is clear that he has been killed but where is it? You have to show the body," Erdogan said Friday during an address to Turkey's ruling party leaders.

The Turkish president criticized initial Saudi statements that claimed Khashoggi had left the consulate unharmed after going there for paperwork related to his planned marriage to a Turkish woman.

"He will leave the consulate and not take his fiancee with him? Such childish statements do not go hand in hand with statesmanship," said Erdogan, again urging Saudi Arabia to turn over 18 suspects that the kingdom said it had arrested and would punish for the crime.

"If you cannot get them to speak ... then hand them over to us and let us put them on trial," he added.

Turkish police continue their investigation on the ground in Istanbul, meanwhile, trying to trace the movements of Saudi consulate vehicles before and after Khashoggi's killing, according to various reports. And it was still unclear on Friday whether Turkish forensic experts had been able to search a well in the garden behind the Saudi consulate in Istanbul.

Turkish investigators have insisted on a thorough inspection of the well since they began scouring the consulate property on October 16, but there have been reports that the police were prevented from accessing the site in the consulate garden this week.

Meanwhile, a van was seen leaving the Saudi Consulate on Friday morning after consular staff moved three suitcases and a black plastic bag into the vehicle, according to Turkey's Anadolu news agency. The contents of the suitcases and plastic bag were unknown.

Meanwhile, Khashoggi's son, Salah, left Saudi Arabia after the kingdom revoked a travel ban, allowing him to travel to the United States.

State Department spokesman Robert Palladino said Washington welcomes the decision to have Salah Khashoggi and his family leave Saudi Arabia. His U.S. destination was not immediately known but his late father lived in the Washington area.

Palladino said Thursday that U.S. Secretary of State Mike Pompeo had discussed Jamal Khashoggi's son during his recent visit to Riyadh and "made it clear" to Saudi leaders that Washington wanted him free to leave the kingdom.

"We are pleased that he is now able to do so," Palladino said. Saudi media had showed Khashoggi's son meeting Tuesday with the crown prince and his father King Salman, both of whom reportedly expressed their condolences.

The crown prince and the Saudis' changing story

The statement from Saudi prosecutors that evidence showed Khashoggi's killing was premeditated contradicted an earlier Saudi assertion that rogue officials from the kingdom had killed Khashoggi by mistake in a brawl. That assertion, in turn, backtracked from an initial statement that Saudi authorities knew nothing about what happened to the columnist for The Washington Post.

The shifting explanations indicate Saudi Arabia is scrambling for a way out of the crisis that has enveloped the world's largest oil exporter and a major U.S. ally in the Middle East. But a solution seems a long way off, partly because of deepening skepticism in Turkey and elsewhere that the brazen crime could have been carried out without the involvement of Prince Mohammed, the kingdom's heir apparent.

At a conference in Riyadh on Wednesday, the crown prince said the killing was a "heinous crime that cannot be justified" and warned against any efforts to "manipulate" the crisis and drive a wedge between Saudi Arabia and Turkey, which are regional rivals but also diplomatic and business partners.

Khashoggi's death has derailed the powerful prince's campaign to project a modern image of the ultraconservative country, instead highlighting the brutal lengths to which some top officials in the government have gone to silence its critics. Khashoggi, who lived in self-imposed exile in the United States for nearly a year before his death, had written critically of Prince Mohammed's crackdown on dissent.