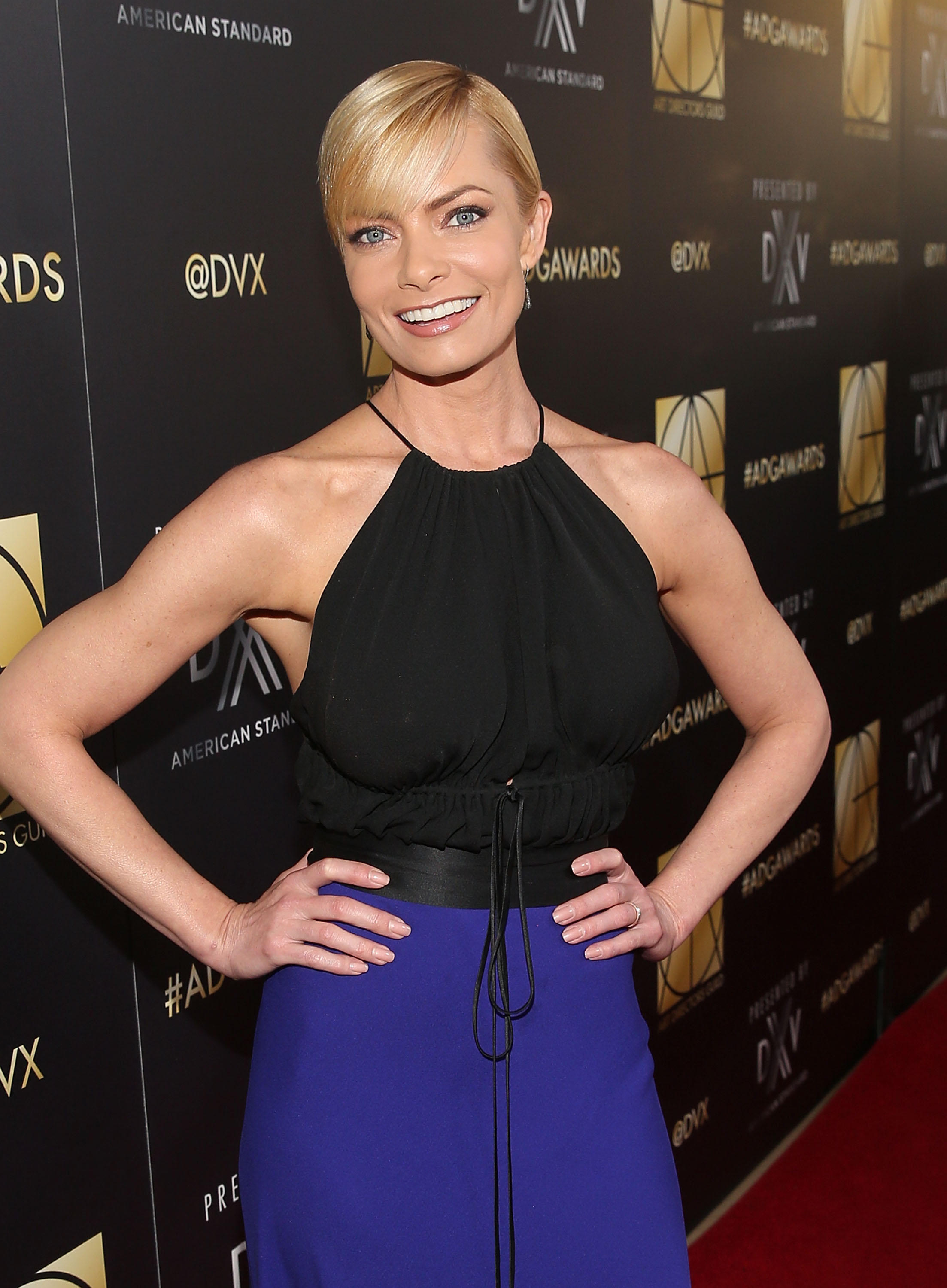 On "Mom," Jaime Pressly plays Jill, a recovering alcoholic who spent Season 4 trying to have a baby. But in real life, Pressly learned in June that she was expecting twins with her partner, Hamzi Hijazi, after trying for years.

Pressly, who is a paid spokesperson for Clearblue, talked to CBS News about how this pregnancy is different from her first and how she relates to her "Mom" character.

You said you were totally shocked when you found out you were pregnant with twins after trying for a while. Can you tell me more about your pregnancy journey?

We'd been trying for quite a while -- years now. I was at my wit's end and I was ready to go try IVF, and we found out we were pregnant while I was at work. It was a woman's instinct. I had a feeling and on the way home stopped by the store and grabbed a bunch of Clearblue Digital Pregnancy Tests and came home.

Just seeing the word "pregnant" -- that is so much more reassuring than just having a line, than while I was pregnant with Dezi 10 years ago. It was like, "Oh my God, you're kidding," and of course I had to make Hamzi go buy five more: "Pregnant, pregnant, pregnant, pregnant, pregnant." I needed a "for sure" for sure. And then we went to the first ultrasound. I can't even explain the kind of shock, because twins don't run in our families and we didn't do IVF.

I didn't know that you could have twins if they were not in your family, either.

It was a complete shock to us. It took us a while to get to a point to believe it, and I said, "You know after all the trying we were doing, this is God saving me another pregnancy," because I always wanted three kids.

Tell me about Dezi's reaction when he found out he was getting two baby brothers.

Oh well, just when he found out he was getting two, he was ecstatic. One was good enough but when he found out there were two, he was like, "We're going to have a big family!" He's been begging since kindergarten for a sibling, so he's really, really good with babies. He loves babies and he's so sweet with them, so he's going to be a great big brother and a big help to me.

How is it different being pregnant more than 10 years later?

Oh, girl. It is different. Let me tell you, and I have two instead of just one. It's very different. I was 29 when I had Dezi, so you have more energy and you're more spry in general with everything. I still work out and I eat a lot healthier than when I was 29.

When I was pregnant with Dezi, that was Season 2 of "My Name is Earl," so that was 12 to 18 hours a day of work and we had the most incredible chef on set. They were constantly making me all of my favorite foods like buttermilk biscuits with egg and cheese, and because I was on set so much, I didn't get to work out -- like really work out -- during that pregnancy so I gained weight quick. I gained 42 pounds with just one little baby who came out at 6 pounds 4 ounces -- it was Double Doubles from In 'N Out and egg and cheese biscuits from set. But this time I've been a lot more cautious and healthy. The show "Mom" -- the schedule is so much easier on a multi-camera show. It's like, made for being a parent. But the exhaustion level -- at 29 you have the energy, but with a double whammy and 10 years, you're exhausted. I felt like a grandma who needed a nap every hour.

Speaking of "Mom," it's a unique show in that you get to work closely with women: Anna Faris, Allison Janney and Mimi Kennedy. How has that experience been different for you than with other projects?

With "Earl," it was like me with a bunch of men, and I grew up with a brother and dad, fishing and stuff, so being around men was easy for me. They were like my brothers and they were all very supportive. It was a different time in my life.

When you get older, as a woman, it's nice to be around strong, supportive women, and we've all been supportive and loving of each other. I think when you get older, you need that. We need it when we're younger, too, but you don't know any better. Women need to support each other and be there for each other. It's easier with all the judgment you get when you're younger than when you're older -- there's so much judgment out there with moms. Being a woman is tough, so it's nice to be around other smart, go-getter strong women.

You play Jill on "Mom," a woman who is trying to get sober. What's been the most challenging aspect of that character for you?

This past season, there was a lot of emotional work for my character and a lot of it was her trying to get pregnant and then getting pregnant and having a miscarriage and getting a foster child -- never being a mother before, dealing with children is a lot of ups and downs.

The thing that's been great about our show is unlike other multi-cam shows or comedy, we get to do a lot of drama. Great comedy comes from real-life drama and we have great writers who walk fine lines every week having to write about a topic that's a serious topic but still finding the funny in it. I think for everybody, the biggest challenge was getting it right without stepping over the line.

Did you relate to Jill when she was trying so hard to get pregnant?

Of course, but Jill did it on her own and went to a sperm donor, tried to do IVF and all that stuff and for that, I had to reach out to friends and understand what that's like. I've been through it with a lot of my friends who have been through it

The loss of the baby -- the excitement you go through being pregnant and then the heartbreak of losing -- is a tough, tough experience and without going into too much, it was definitely therapeutic for me.