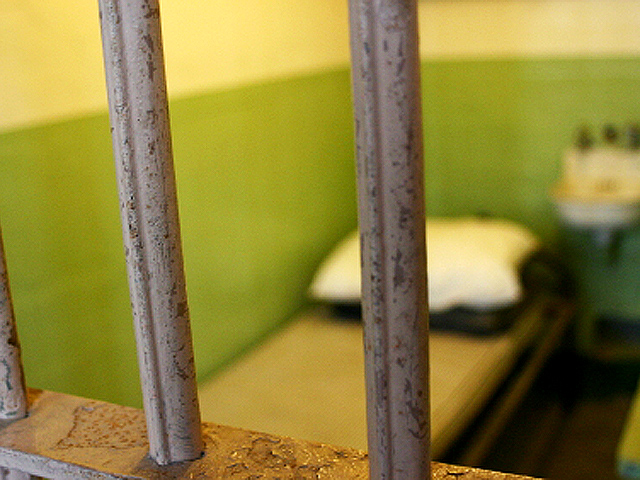 (MoneyWatch) How did breast cancer survivor Lisa Lindsay end up behind bars? She didn't pay a medical bill -- one the Herrin, Ill., teaching assistant was told she didn't owe. "She got a $280 medical bill in error and was told she didn't have to pay it," The Associated Press reports. "But the bill was turned over to a collection agency, and eventually state troopers showed up at her home and took her to jail in handcuffs."

Although the U.S. abolished debtors' prisons in the 1830s, more than a third of U.S. states allow the police to haul people in who don't pay all manner of debts, from bills for health care services to credit card and auto loans. In parts of Illinois, debt collectors commonly use publicly funded courts, sheriff's deputies, and country jails to pressure people who owe even small amounts to pay up, according to the AP.

Ill. lawmakers target practice of jailing debtors
Welcome to debtors' prison: What's in your wallet can land you in jail

Under the law, debtors aren't arrested for nonpayment, but rather for failing to respond to court hearings, pay legal fines, or otherwise showing "contempt of court" in connection with a creditor lawsuit. That loophole has lawmakers in the Illinois House of Representatives concerned enough to pass a bill in March that would make it illegal to send residents of the state to jail if they can't pay a debt. The measure awaits action in the senate.

"Creditors have been manipulating the court system to extract money from the unemployed, veterans, even seniors who rely solely on their benefits to get by each month," Illinois Attorney General Lisa Madigan said last month in a statement voicing support for the legislation. "Too many people have been thrown in jail simply because they're too poor to pay their debts. We cannot allow these illegal abuses to continue."

Debt collectors typically avoid filing suit against debtors, a representative with the Illinois Collectors Association tells the AP. "A consumer that has been arrested or jailed can't pay a debt. We want to work with consumers to resolve issues," he said.

12 things about Costco that may surprise you

Yet Illinois isn't the only state where residents get locked up for owing money. A 2010 report by the American Civil Liberties Union that focused on only five states -- Georgia, Louisiana, Michigan, Ohio, and Washington -- found that people were being jailed at "increasingly alarming rates" over legal debts. Cases ranged from a woman who was arrested four separate times for failing to pay $251 in fines and court costs related to a fourth-degree misdemeanor conviction, to a mentally ill juvenile jailed by a judge over a previous conviction for stealing school supplies.

According to the ACLU: "The sad truth is that debtors' prisons are flourishing today, more than two decades after the Supreme Court prohibited imprisoning those who are too poor to pay their legal debts. In this era of shrinking budgets, state and local governments have turned aggressively to using the threat and reality of imprisonment to squeeze revenue out of the poorest defendants who appear in their courts."

Some states also apply "poverty penalties," including late fees, payment plan fees, and interest when people are unable to pay all their debts at once, according to a report by the New York University's Brennan Center for Justice. Alabama charges a 30 percent collection fee, for instance, while Florida allows private debt collectors to add a 40 percent surcharge on the original debt. Some Florida counties also use so-called collection courts, where debtors can be jailed but have no right to a public defender.

"Many states are imposing new and often onerous 'user fees' on individuals with criminal convictions," the authors of the Brennan Center report wrote. "Yet far from being easy money, these fees impose severe -- and often hidden -- costs on communities, taxpayers, and indigent people convicted of crimes. They create new paths to prison for those unable to pay their debts and make it harder to find employment and housing as well to meet child-support obligations."

Such practices, heightened in recent years by the effects of the recession, amount to criminalizing poverty, say critics in urging federal authorities to intervene. "More people are unemployed, more people are struggling financially, and more creditors are trying to get their debt paid," Madigan told the AP.