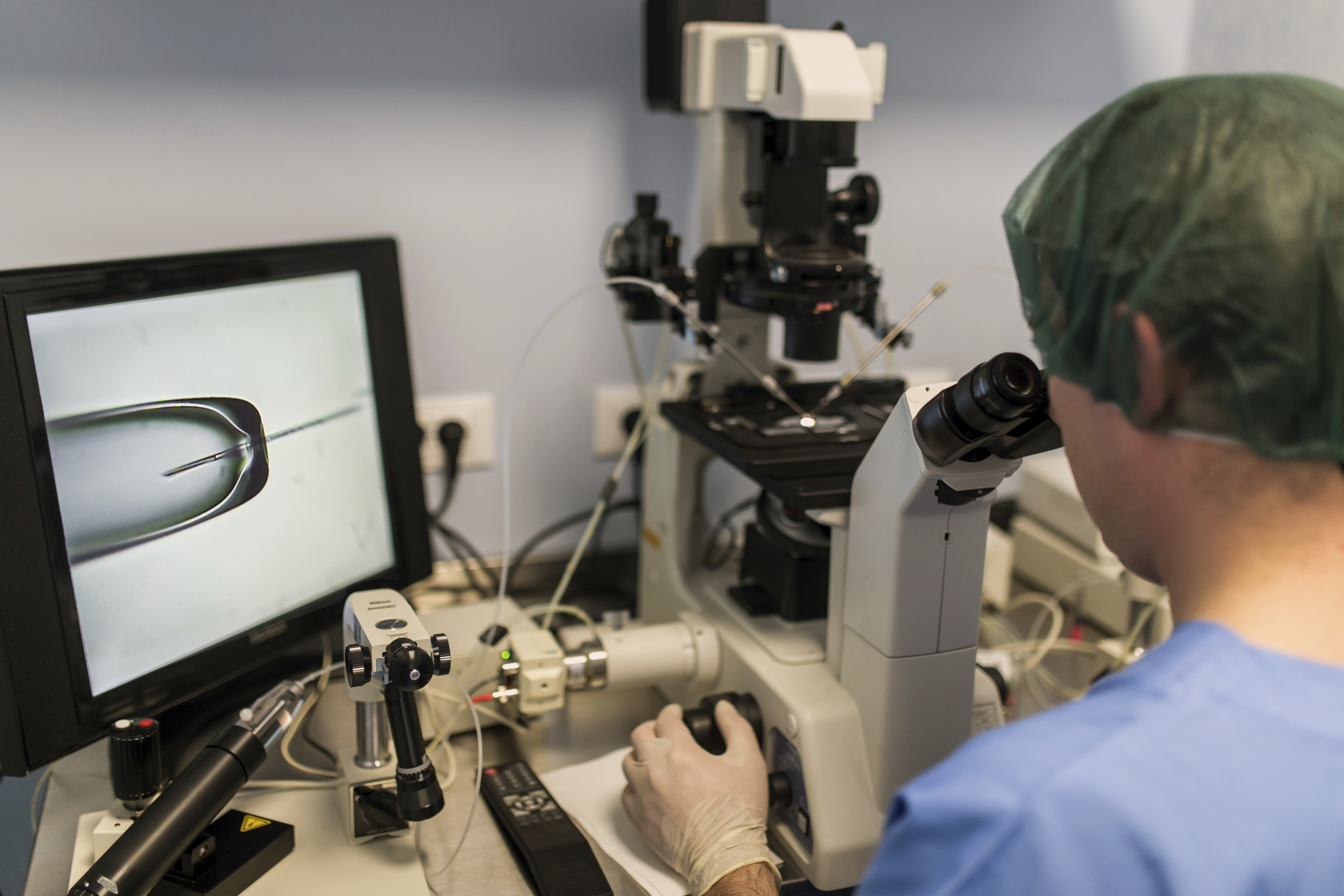 Infertile women undergoing in vitro fertilization (IVF) may be less likely to give birth if they use frozen eggs from donors instead of fresh donor eggs, a new study finds.

"Our research demonstrated that -- contrary to some claims made mostly by commercial interests -- frozen eggs offer a lower chance of pregnancy and delivery after IVF than fresh eggs," said study co-author Dr. Norbert Gleicher, medical director and chief scientist with the Center for Human Reproduction in New York City. "Patients should be made aware of this fact, before making a choice."

Until recently, fresh eggs, often from anonymous donors, were usually used for certain IVF procedures, said Gleicher, who is also president of the Foundation for Reproductive Medicine.

"Eggs from usually young, mostly anonymous egg donors are fertilized with partner sperm and transferred into the uterus of a woman, who usually no longer has her own eggs to work with," he explained.

But women often had to wait months for fresh eggs, while frozen eggs can be stored.

Dr. Rebecca Sokol, president of the American Society for Reproductive Medicine, said frozen egg banking gives patients access to a wider field of donors and provides greater flexibility for scheduling and coordination. She considers these "advantages that may outweigh slightly lower success rates for some patients."

The study results don't address the likelihood of births from eggs a woman freezes for her own later use.

The new study, published in the Aug. 11 issue of the Journal of the American Medical Association, examined over 11,000 IVF procedures that used donor eggs in 2013. The numbers come from centers that perform 92 percent of all IVF procedures in the United States, the study authors said.

Twenty percent of the procedures used frozen eggs. Of the frozen-egg procedures that resulted in the transfer of an embryo into a woman desiring a child, 47 percent resulted in a live birth. The number of live births was 56 percent when fresh eggs were used.

It's not clear why frozen eggs resulted in fewer births. Perhaps, the study authors wrote, frozen eggs lost quality during freezing or thawing.

However, many fewer frozen eggs are used for a given procedure than when fresh eggs are involved.

"While frozen donor egg cycles resulted in a somewhat lower percentage of live births than fresh in this national report, this outcome is not unexpected since recipients of frozen eggs typically get fewer eggs for a treatment half as expensive as traditional donor egg with fresh eggs," said Dr. James Toner, president of the Society for Assisted Reproductive Technology.

The study acknowledges another complication: The statistics are anonymous, so researchers don't know the ages of the donors or recipients, which potentially could throw off the results.

Because of the study's limitations, "we don't know if fresh is better," said Dr. Lawrence Grunfeld, a clinical associate professor of medicine at Icahn School of Medicine at Mount Sinai in New York City.

"There may be a slightly lower success rate with frozen eggs," he said. "On the other hand, the diminished success rate could be due to lower egg numbers available."

For now, people should look at factors such as cost and availability of fresh versus frozen eggs, Grunfeld said. In addition, "future studies should look at the number of eggs available via the two technologies."

Toner stressed the positive aspects of the findings. "Egg-freezing has only recently been widely adopted, and these results show how effective this approach can be for those needing donor eggs," he said. "It is not yet known whether these reassuring outcomes will be seen in women in their 30s and 40s."

A more complete understanding of these outcomes will take time, he said.

For now, Gleicher said, "Patients should be openly informed about advantages and disadvantages of all options."

Sokol pointed out that great improvements in technique and outcomes have been made in recent years. Still, "patients should be cautioned that putting their eggs into storage today is no guarantee of having a baby tomorrow."