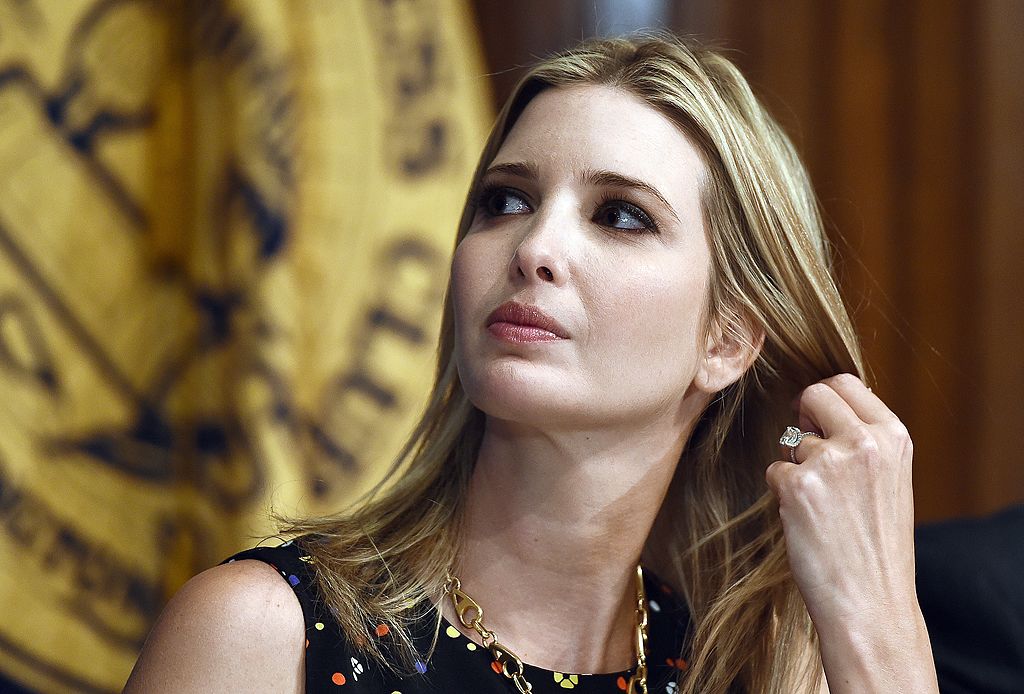 Donald Trump has been called many things over the years. And on Sunday, his daughter Ivanka attached another epithet to the presumptive Republican nominee: feminist.

"My father is a feminist," Ivanka, an entrepreneur in her own right, told the Sunday Times of London. "He always told me and showed me that I could do anything I set my mind to if I married vision and passion with work ethic. He's surrounded me with strong female role models who have done just that since I was a little girl."

Ivanka added that her father's enlightened attitudes toward women are "a big reason I am the woman I am today."

"He has lived it, he has employed women at the highest levels of the Trump Organization for decades, so I think it's a great testament to how capable he thinks women are and has shown that his whole life," Ivanka said of her father's belief in gender quality.

Throughout the presidential campaign, Trump has repeatedly been criticized for comments aimed toward female rivals, which have sometimes been perceived as sexist or misogynistic.

Last fall, for example, Trump insulted former Hewlett Packer CEO and then-Republican presidential candidate Carly Fiorina's appearance. "Look at that face!" he told Rolling Stone. "Would anyone vote for that? Can you imagine that, the face of our next president?"

He later landed in hot water for tweeting out an unflattering picture of Heidi Cruz, the wife of Sen. Ted Cruz, juxtaposed with a picture of his Slovakian-born wife Melania, a former supermodel.