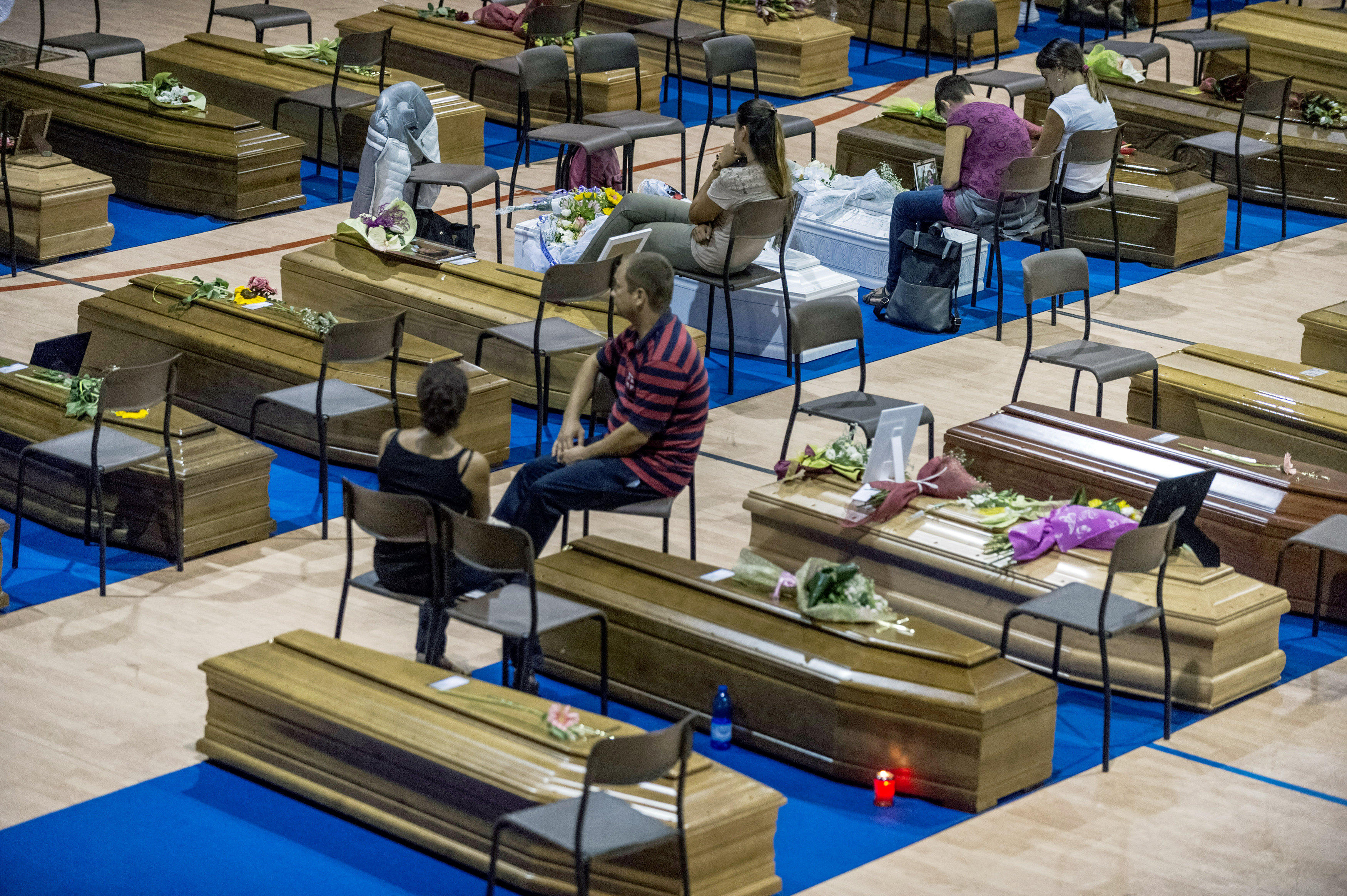 ROME -- Italy’s government has heeded the anger of quake survivors and will hold a state funeral for many of the 290 dead in Amatrice, the town hardest-hit by the quake, instead of at an airport hangar 40 miles away.

Earlier Monday, survivors in Amatrice, where at least 229 people perished in the Aug. 24 earthquake, started shouting angrily after authorities informed them the funeral Mass would be celebrated Tuesday evening at Rieti airport. Townspeople yelled they wanted to have the service in Amatrice, a medieval town in the central Apennine mountains devastated by the quake. Among those incensed was Sergio Pirozzi, the town’s mayor.

Shortly afterward, Pirozzi told his fellow citizens that Italian Premier Matteo Renzi had just called him and told him that Tuesday’s state funeral would be held in Amatrice after all.

With thousands left homeless after the earthquake, authorities are debating how to provide warmer, sturdier housing for them besides the rows of emergency blue tents set up in the Apennine Mountains, where even summer nights can get chilly.

Nearly 2,700 people needing shelter following the temblor are staying in 58 tent camps or other shelters arranged by Italy’s Civil Protection agency. Others are staying in a gym in Amatrice, while others, fearful of looting, are often sleeping in cars near their damaged homes.

Italy’s lobbying group for farmers, Coldiretti, said Monday that farm animals, most of them sheep and cows, also need warm shelters at night, since 90 percent of the stalls or barns have been damaged in the Amatrice area.

No housing decisions have been announced, and details of Renzi’s meeting with Piano weren’t immediately known.

The death toll Monday stood at 290. Authorities are using bulldozers with high crane-style arms to tear down some of the most dangerous building overhangs in Amatrice.