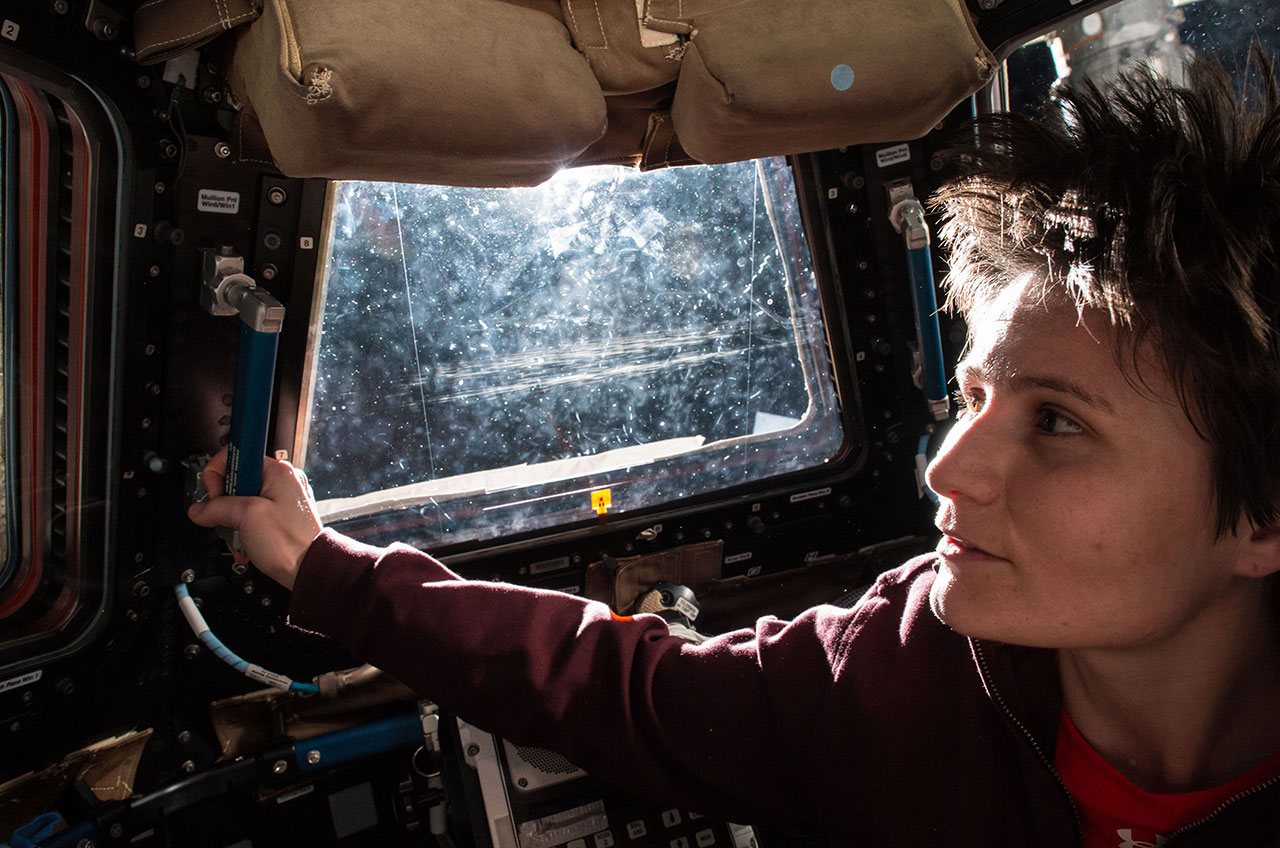 A 38-year-old Italian astronaut has broken the record for the most time in space on a single mission by a woman. And she still has a few more days until she is scheduled to return home to Earth.

Samantha Cristoforetti set the record on Saturday (June 6) at 11:04 a.m. EDT (1504 GMT), surpassing the 194 days, 18 hours and 2 minutes logged by NASA astronaut Sunita "Suni" Williams onboard the International Space Station in June 2007. If Cristoforetti's flight home on Thursday (June 11) proceeds as planned, she will have been in space for 199 days, 16 hours and 42 minutes in total -- give or take a few minutes based on when her Soyuz spacecraft lands on the steppe of Kazakhstan.

The record-setting stay wasn't something that Cristoforetti was anticipating when she lifted off for the space station last year. [Amazing Space Photos by Samantha Cristoforetti]

Flying for the European Space Agency (ESA), Cristoforetti launched with two crewmates -- Anton Shkaplerov of the Russian federal space agency Roscosmos and astronaut Terry Virts of NASA - on Nov. 23, 2014 from the Baikonur Cosmodrome in Kazakhstan. They had been scheduled to depart the space station and return to the Earth on May 12 after spending 170 days in orbit.

But the loss of a Russian cargo craft, Progress M-27M, in late April resulted in a delay. Russia postponed the launch of the next Soyuz crew to July and extended Cristoforetti's and her crewmates' stay on orbit as the investigation into the Progress failure continued.

As a result, Cristoforetti not only set the women's record, but also the record for the longest uninterrupted flight by an ESA astronaut. On Friday (June 5), her stay exceeded the 192 days, 18 hours and 58 minutes achieved by Dutch astronaut André Kuipers in July 2012.

Cristoforetti, when she lands, will rank 74th in the world for the most time spent in space, out of the 538 women and men who have orbited the Earth to date. She is the 59th woman to fly in space.

By comparison, the overall record holder for the most time in space on one mission is Soviet-era cosmonaut Valery Polyakov, who logged 437 days, 17 hours and 58 minutes on Russia's space station Mir in 1995. Polyakov was the third person in history to log a year (or more) off the planet on a single flight, of which there have been four in total, all Russian cosmonauts.

The longest duration achieved on multiple missions, more than two years, was logged by cosmonaut Sergei Krikalev over the course of his six missions. U.S. astronaut Peggy Whitson holds the cumulative female record for most time spent in space on multiple flights with 376 days and she is now training to launch on her third flight in March 2016.

Cristoforetti has set more than duration records during her Expedition 42/43 stay on the station, a mission that ESA named "Futura." The first Italian woman in space, she was also the first astronaut to sip from a freshly-brewed cup of espresso thanks to the orbital outpost's new Italian coffee machine.